Bob and Audrey Greenwood have shared a life together, and that includes their original-owner 1968 Shelby G.T. 500KR—a member of the family 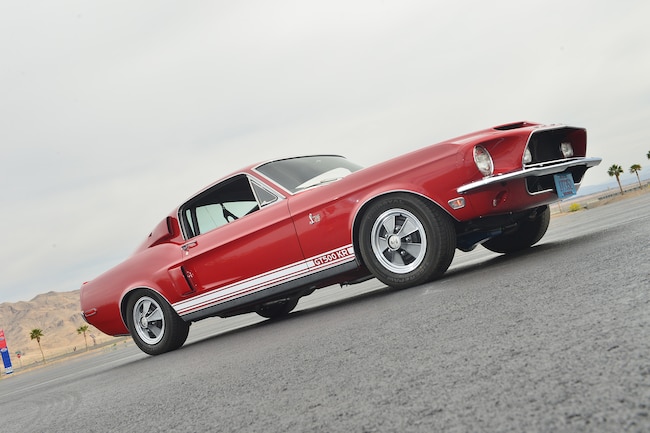 One of the difficult issues when profiling a car so well known, such as the Shelby G.T. 500KR, is figuring out what new information can be brought to the story. We all know the specifications, the production numbers, and competition history where it applies. But rarely do we speak with the original owner who has owned the car since new. More than a G.T. 500KR story, this is Bob and Audrey Greenwood’s story.

Bob lives in Wisconsin with his wife, Audrey, of 47 years. Over that time he’s raised a family of three children and now has five grandchildren. Bob’s KR has been a part of his family over that entire span of time. Retired after a career as an aircraft mechanic, skills that served him well in restoring the car, they now have time to enjoy their Shelby that he and Audrey have nicknamed “Cobra.”

Bob says, “My first car was a 1956 Ford convertible that I got from my Dad in late 1962. I worked part-time at a full service gas station in Milwaukee, Wisconsin, while in high school. I drove that car hard, and that didn’t end well for it. I have owned very few cars, but the ones I’ve had I liked and drove until the wheels were ready to fall off. I would keep them running as long as I could. I still own a 1955 Ford Crown Victoria that I bought while in the Air Force. This car will be my next project.”

“While I was in the Air Force I had a nice 1964 Ford Galaxie 500XL. After seeing the Shelby ads in car magazines, I knew I had to testdrive one. When I got out of the service, I wasted no time getting down to Northwestern Ford in Milwaukee to testdrive a Shelby. This was March of 1969, and the dealer had leftover 1968s and 1969s on the lot. A Candy Apple Red ’68 G.T. 500KR caught my eye. As a gas station mechanic at the time, I knew I couldn’t afford the car, but I needed to testdrive it anyway. On the testdrive the salesman who went with me said, ‘open it up.’ So I did! I was hooked and had to have it. The salesman figured out how I could get the money to buy it. After signing paperwork for two loans the car was mine. I married Audrey in May 1970, and the Shelby was our family car. By 1982 the car had 108,000 miles on it and was in bad shape, being driven daily in Wisconsin through winters of snow and salted roads. I took it apart in 1982 and had neither time nor money then to restore it, so it just sat and took up space (many of the parts were stored in boxes in our basement). After 30 years, in the fall of 2013, it was back on the road. Now it will never see snow tires or winter again.”

Bob restored the car himself spending more time on it as the kids grew up. He started out doing structural work, as it was badly rusted and required a lot of welding. He says, “I am not a welder, but through trial and error my skills at welding improved. This part of the restoration took a lot of time, but not so much money. After I got the structure repaired the body was trailered to RT Restoration in Fond du Lac to put on the rotisserie. Troy Oestreich welded on the new N.O.S. quarter-panels. I didn’t want to screw them up after what they cost me. Troy prepared and painted the body with PPG base/clearcoat Candy Apple Red, as original. The inside, engine compartment, and bottom of the car were all painted to factory specs as best we could.”

After the car was painted, it returned to Bob’s home for reassembly. “I rebuilt every part and component on the car. The whole car is restored to original, except a few items that can be easily be changed back to original. I installed a negative wedge kit and lowered the upper control arms, installed Flowmaster mufflers, and put real wood veneer in the center console.”

After being apart for almost 30 years, reassembly proved to be something of a challenge. “I had lots of pictures and hand-drawn schematics of how the wiring was routed. When I had questions and needed help with the assembly I contacted Jim Cowles of Shelby Parts & Restoration in Green Bay, Wisconsin, and Pete Disher in Lake Mills, Wisconsin, who is an expert on 1968 Shelbys. If you are a Shelby fan, check out his website at thecoralsnake.com. I thank them both for their help and guidance. You can see my original invoice on thecoralsnake.com—go to Shelby Dealers; Northwestern Ford; 3556.”

Bob’s Shelby is unique. As in Bob’s words, it was equipped with everything in 1968 that Ford offered. It has the Shelby-installed rollbar and shoulder harness and custom center console, as well as all the fiberglass parts. His car lacks air conditioning or the option of the FM radio. For Bob, it’s just AM.

Bob’s G.T. 500KR is equipped with the 428 CJ engine rated at 335 hp, an 11.5-inch clutch, the close-ratio Top Loader four-speed transmission, 9-inch differential with 3.50 ratio Traction-Lok and 31-spline axles, all rebuilt during the restoration process by Bob himself. Engine machine work and balance was done by Tim Hjelle at Fond du Lac Auto Machine. “I found out the hard way that you need to install positive valve seals on the 428. The stock seals didn’t do the job.”

“I am old and so is the car. I love driving it and Audrey loves riding in it. The AM radio works, but who needs it with a 428 CJ humming as we drive down the road? Since the restoration was completed we have been driving the car about 4,000 miles per year. The break-in trip was to Las Vegas for the Mustang 50th Anniversary. We did the Pony Drive, taking Route 66 as much as possible. What a blast! We’ve also been to Sturgis, South Dakota, for the Mustang Rally and toured the Black Hills. Another road trip was to drive to Indianapolis, Indiana, for the MCA 40th Anniversary and then continued on the Pony Drive through the New England states. Driving the winding roads and hills through the mountains was total fun.”

Bob notes that compared to the new cars his Shelby is work to drive. “It shifts hard, power steering is to turn and wait for it to respond, and brakes leave a lot to be desired. At 12 to 14 miles per gallon, we visit a lot gas stations on long-distance trips. We enjoy driving this Shelby more than anything. No matter where we go people are taking pictures with their cell phones and many thank us for driving it so others have a chance to see a ‘real Shelby.’ The car has made it possible to meet many new friends.” When asked about the car’s most unique attribute, here’s what Bob had to say: “In all the years I’ve owned this car since new, it has never seen a trailer except when it went to the restoration shop and back home again—about eight miles. This car also still has the factory hub caps, and we have owned this Shelby since new. We show the car all summer in Wisconsin and put it in the Show & Shine in Sturgis in 2015. A real thrill for us was when we received the Premier Award in the muscle car class at the 2017 Milwaukee Concours d’Elegance.”

With the passage of time, priorities change, as Bob notes. “The car is totally different fun now than it was when we were young. The experiences we’ve had with the car since restoration are priceless. Drive your Mustang while you can and enjoy every mile.” We cannot agree more. 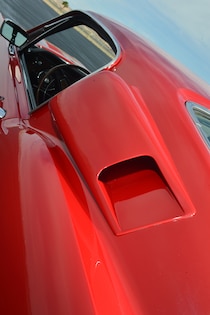