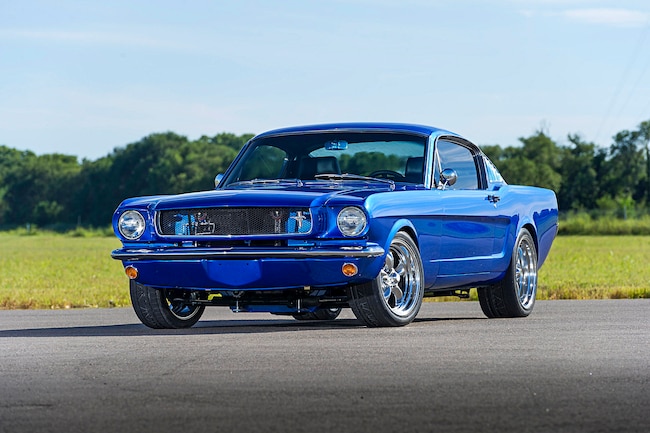 The dreams and goals we aspire to accomplish someday from a young age can start to fade away as we mature. Though that can often be a sad fact of life, the reality of it is we are not in need of 100,000 teens to become astronauts with every graduating class. In Christian Zwick’s case, however, the ambitions he grew up with always stayed with him in the back of his mind.

His love for cars began innocently enough as a child racing slot cars against his peers. As the years went by, Zwick had a classmate in high school that drove a Mustang fastback, which he always envied. As the years went by, life and reality put his lust for fastbacks on the back burner. Between getting married, having a career, starting a family, and all the not-so-optional perks of growing older, Christian chose the responsible decision of waiting until life calmed down to pick up his childhood dream of owning a Mustang of his very own. Well, that and he made sure the wife was okay with the plan, because we all know that step is even more important. With both those in hand, Christian and his wife began the hunt for the right Mustang to become part of their family.

Nothing dated about this engine bay with this 5.0L crate engine and Wilwood brake reservoir.

As the Zwicks began to track down their newest family member, it became evident that the chance of finding a clean start for a 1965 Mustang fastback on their own was slim to none. After completing some thorough research, the Quincy, Illinois, residents made a trip to see Mike McLin and his talented team at RestoMod in Independence, Missouri. After spending some time at the shop and seeing their spectacular work in person, Christian knew this is the shop that could make his childhood visions become reality. Mike and the Zwicks sat down and talked numbers; brainstorming the project at hand, working out the details and getting a feel for what this fastback build would shape up to become. Since Christian had not yet located the ideal car for the project, the RestoMod team helped him track down the perfect 1965 fastback that would become a vision even his dreams could not have come up with.

As Zwick returned to Illinois, he began researching day and night to make sure he had a hand in the process of making this ’65 exactly what he wanted it to be—the perfect muscle car. He wanted this Mustang to be the ideal mix of classic beauty, eye-catching color, clean lines, and last but not least, a powerful motor to put this fastback over the top. Spending most of his time online, Christian wanted to get the best mix of classic car with the advantages of modern builds to create a timeless Mustang that would be easy to maintain over time as well as perform like the sports car it was designed to be in the 1960s—and then some.

This interior is the perfect mix of new and old—updated in the simplest ways. Simple polished accents throughout the inside of this fastback keep the original designs fresh in our minds.
When it comes to new clusters for old cars, it does not get much better looking than the options Dakota Digital makes.

An open line of communication helped McLin and the RestoMod team stay on top of the ultimate vision, and also gave them the ability to suggest additional ideas if something would not workout for his best interests in the long run. One example of this being Christian’s original want for the powerplant to be a Cobra tribute by dropping in a 427 engine. After some convincing, Mike assured him that a 5.0L crate engine would be the best way to go for what he was looking for in this car. It has all the reliability and ease of a modern engine to work on, as well as having an abundance of power for the car’s light chassis. In addition to that, the 5.0L could always be supercharged at a later date if Christian was somehow growing immune to the feeling of over 400 horsepower at his fingertips.

Around eight months after the initial plans were set into motion, Zwick had a Mustang fastback of his very own unlike any other to bring home. From the Sapphire Blue exterior, to the staggered 17-inch American Racing wheels and the large-diameter Wilwood disc brakes, walking up to this modern yet timeless exterior was everything he dreamed it would be. Zwick is also speechless basically every time he opens the door and enters the car. With the black leather seats being accompanied by the clean design of Dakota Digital gauges, the inside of this modern day ’65 has the perfect mix of old and new.

The clean original lines of this car’s body were something Christian Zwick wanted to make sure were not tampered with.

Though this Mustang is now equipped with a powerful new stereo and updated speakers, Christian will be the first to tell you that the sound he loves most is the 5.0L pushing through the gears out from his 2.5-inch MagnaFlow exhaust. “I honestly can’t think of anything I would change. It is really something that just makes me feel good. I love getting in and just being completely in control. All concerns fade away,” said Christian.

With no plans to ever sell the car, he hopes to keep it in the family and pass it on to his kids some day, but he is far from ready to do that anytime soon. If you ever see Zwick out driving in the Mustang feel free to give him a wave or talk to him about the car; he really enjoys people enjoying it the same way he does. Christian wants to take an extra moment to thank Mike and the RestoMod crew for helping his vision become reality, and most importantly he wants to thank his wife, LeAnn, for allowing him to pull the trigger on making this childhood want become something he can walk out to every single day and appreciate.

This 17x8 and 17x10 staggered set of American Racing wheels could not have fit this car more perfectly with their five-spoke design. 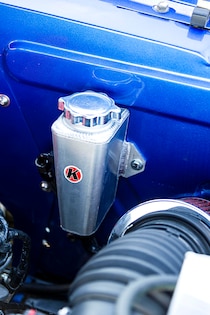