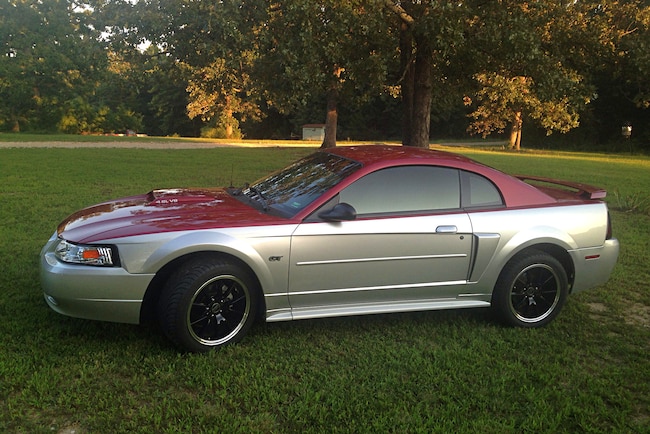 Tyler Roam from Richland, Missouri, is no stranger to magazine columns like this one. Both his 1997 Cobra and his 1993 GT were featured in the Readers’ Rides section of our late sister magazine, 5.0 Mustangs & Fords. While Roam still owns the Cobra, he traded in the 1993 GT Fox-body for the 2001 Mustang GT shown here. Performance modifications that he installed on the New Edge include FRPP 4.10 gears, a BBK off-road X-pipe, Flowmaster 40 Series mufflers, underdrive pulleys, and a SCT X4 tuner. He added FR500 wheels, and he smoked the third brake light and fog lights to set off the exterior. The billet grilles, halo projector headlights, window tint, cold air intake, and two-tone paint were already on the car when he purchased it. Future modifications include an upgraded suspension with new struts, shocks, and lowering springs.