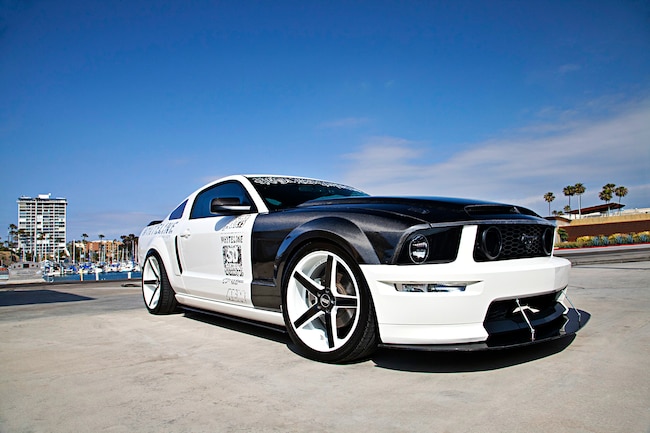 Larry Moore is familiar with sacrifice; after a tour in Iraq, some bad luck with project cars, and more recently, hard-hitting health news that would bring even the strongest to their knees, he knows a thing or two about being dealt a hard hand—but you’d never know it talking to him.

“Nothing is a given and nothing is guaranteed, we have to live life to the fullest, enjoy every moment, and realize that the automotive bond that joins us shouldn’t be taken for granted,” Moore said with a smile.

Taking things for granted isn’t in Moore’s nature, in fact, he’s one of the most grateful people you’ll ever meet; mixing Mustangs and giving back to the local community through the organization he founded, The Headless Horseman.

“The Headless Horseman is a legend and a myth, and I picked that as our name because I wanted to get people thinking about what we stood for in the wrong direction only to prove them wrong in the end,” he said.

While on a tour in Iraq, Larry Moore kept his mind right by daydreaming about one day owning his very own Mustang, and years later, his dreams came true.

And prove the naysayers wrong he did, as the organization started with nothing more than a man and his Mustang riding late into the night, but instead of handing out the death sentence, he spent his nights handing out meals, money and supplies to those in need.

“I know what it’s like to live in the streets, and I’ve never forgotten the struggle; I believe it’s our job to pay it forward and to take care of each other,” he said.

But where do the Mustangs come in?

“Just after starting the Headless Horseman, I realized I was surrounded by so many people in the industry and that I should utilize my connections to help further my cause, so I combined my love of cars and philanthropy to grow the club to over 80 people with regular events to give back to the community.”

If Moore’s true love is giving back to those in need, a close second would be fast cars; a hobby he can trace back to his childhood when his uncle Rock forever changed his path in life.

It’s hard to nail the high-contrast look of black and white without looking like an overgrown Panda, but this Three-Valve nails it, thanks to well place mods and an overarching cohesiveness.

“His Fox-bodies were the sickest things I’d ever seen, one was metallic green, the other burgundy, and it only took one ride to get hooked on the need for speed,” he said.

Although his love for cars ran deep, as a teenager he couldn’t afford much more than a bus pass; but his determination to own a nice car and to better himself was stronger than any hardship, and so at the ripe age of 19 he joined the US Marine Corps. As a young Lance Corporal he finally had the funds to buy his first vehicle, a Dodge Durango, that he heavily modified while back from his a tour in Iraq.

“I learned a lot about what not to do with the Durango, it was a good learning experience in modifying cars, and while that was cool, I got the need for speed again after seeing a video of a Coyote Mustang beating an M3...I had to have a Mustang,” he explained.

And so, his love of Mustangs came full circle from his uncle’s Fox-bodies to his own 2012 Mustang V6, a car that continued to teach him about the automotive aftermarket.

“Man, (he laughs), I bought the car without knowing how to drive a stick; I stalled it six times just leaving the dealer, but I was determined to teach myself,” he said.

What better place to shoot Larry Moore’s West Coast styled S197 than on the beaches of SoCal!

“I lined up against a Civic that I thought I could smoke, only to have it beat me...and come to find out, the driver not only beat me with his nitrous-injected Honda, but he was in a wheelchair, I couldn’t believe it, I had nothing but respect,” he added.

That was “JDM Joe” Fonatto, an experienced Gearhead who quickly took Moore under his wing to teach him the fundamentals of drag racing, car control, and how to work on cars. With his mentor at his side, Moore not only began doing all his own mechanical work, but he started drag racing on the regular too, winning his first trophy at the Mustangs vs. The World event at Barona.

As fate would have it, a string of unfortunate events claimed his 2012 V6 Mustang, and a couple of other cars too, as he continued to push his car control to the next level in local drift events. Oh so close to giving up on modded cars after his bouts of bad luck, when he stumbled into the 2007 Mustang GT CS before you, it was love at first sight.

Plenty of carbon fiber and basic bolt-ons hit the Three-Valve with more power and better looks when the carbon hood is popped.

Not long after taking delivery of his S197, Moore decided to hit it with some well-placed mods to help him with his newfound love of drifting.

“I was really starting to get into drifting and I wanted it to both look the part, like a blend of Rocket Bunny and Liberty Walk styles, but also be functional,” Moore said.

If you ask us, this GT screams SoCal, with it’s bold style, carbon-rich bits, big wheels and plenty of stickers thanks to on-point graphic design and decal work from Zero Paint; it fits the contemporary West Coast style to the T.

The Headless Horseman windshield banner is owner, Larry Moore’s organization that pairs car enthusiasts with philanthropic opportunities to give back to those in need.

But going fast is only half the puzzle, you gotta look good too; so Moore hit his S197 with plenty of carbon inside, out, and underneath. The high-fiber diet started with a TruFiber A53 carbon hood, vented front fenders, front splitter, side mirror covers, side-skirt extenders, window louvers, mudflaps, GT500-style spoiler, trunk and rear diffuser—yeah, that’s a lot of carbon...and we’re not even done yet. Let us not forget the Oracle CCFL halo headlights, clear corners, and AeroCatch hood pins.

There’s more contrast inside as well, thanks to a white Tremec shift knob and carbon just about everywhere you look.

On the inside, the carbon revolution continues with a TruFiber mirror control button trim, door lock trim, door-sill plates, rear seat delete, map light cover, center console, and speaker trim—we told you it had a lot of carbon.

As the car continued to evolve so did Moore’s drifting abilities and the expansiveness of his club, the Headless Horseman.

“Between the drifting I was doing and the philanthropy I was doing to give back I was becoming a better driver and was blessed to meet and get connected to people like The Hoonigan Garage, Vaughn Gittin Jr., Ken Block, and others in the industry...it was a helluva ride,” he explained.

An AEM air/fuel ratio gauge lets Larry keep an eye on it when he’s hanging the tail out at local drift events.

But like all great things, it wasn’t without its end either, as Moore was struck with even more bad luck when, what he described as a part failure lead to a drifting accident that totaled the GT/CS before you...as if that wasn’t bad enough, he was also diagnosed with a heart condition he acquired from his tour in Iraq and he was given two years to live.

“I shouldn’t even be alive right now, it’s been over two years since my diagnosis and I live everyday to the fullest,” he said.

After the devastating news of his health condition and the loss of his beloved S197 he didn’t let it deter him; always one to see the brighter side, he rebuilt.

“I was able to buy a Shelby GT500 that I love, and I continue to use the Headless Horseman as a way to give back—we can’t take anything for granted, and we must live every moment to the best of our ability,” he said.

We don’t know what life has in store for Moore, but we do know that no moment will pass him by. Rather than sit in sorrow for the tough deck he’s be dealt, Moore reminds us to shed the excuses, give back to those in need, enjoy our cars and the people we meet through them, and above all else, cherish every moment we’re given. 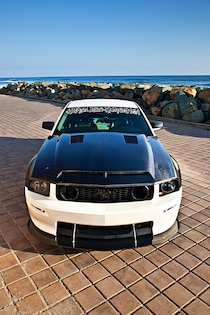 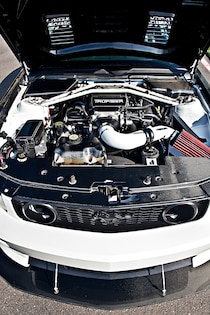 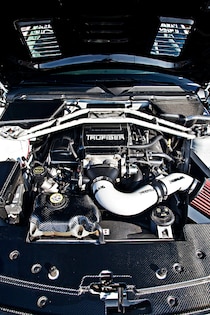 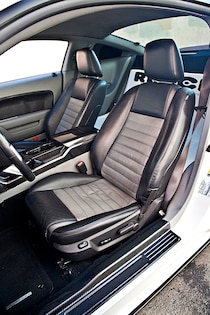