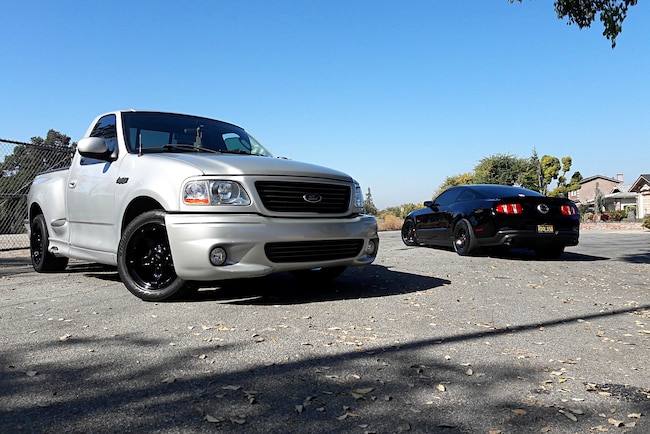 Eddie Yanez from San Jose, California, has a 2012 Mustang GT and a 2004 SVT Lightning. The GT was given more power with a ProCharger P-1SC (with 10 psi of boost) that Eddie and his dad spent three days installing in his garage with handtools. On top of that, he added a full MBRP 3-inch exhaust with no cats or mufflers. The Mustang made 641 hp and 506 lb-ft of torque to the wheels on 93-octane pump gas. While Eddie has made one pass in the 10s, he usually runs a consistent 11.3 in the quarter-mile. After paying off his ride two years early, he fell in love with the Ford SVT Lightning. So far he says it has been one hell of a ride with these two gems and he wouldn’t trade them for anything.