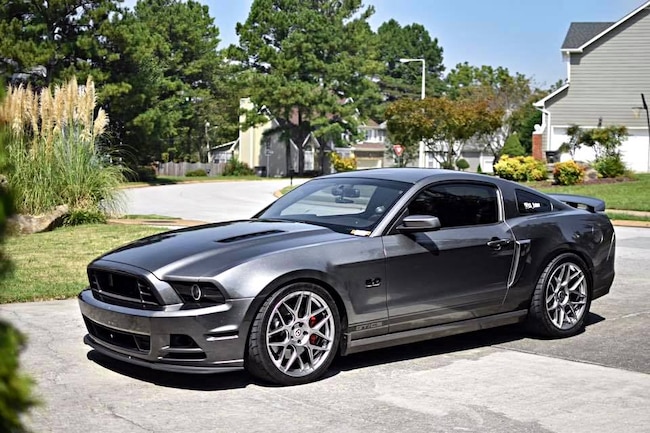 Parker Bidwell purchased this 2013 GT/CS Premium Mustang when he was stationed in Pearl Harbor, Hawaii, on Navy detail. After a couple of years, he returned stateside, and that’s when the real fun began. After running his first NMRA event, Bidwell realized that he had a long way to go before he was pleased in the power department. He added a set of TSW Nurburgring wheels and a Nitrous Express plate kit. With a 150 shot, the car made just over 600 rwhp. Although it was fun, he still yearned for more. It was time to jump to forced induction with ID 1000 injectors and a McLeod RST clutch and lightened steel flywheel. Other mods include a Boss 302 intake, Viking shocks, and Steeda struts equipped with BMR GT500 drag springs, and some HRE FF01 wheels wrapped in 315 Nitto NT555 G2 rubber. The car is tuned by Jordan Performance and Racing and was putting down 703 rwhp and 700 lb-ft torque.