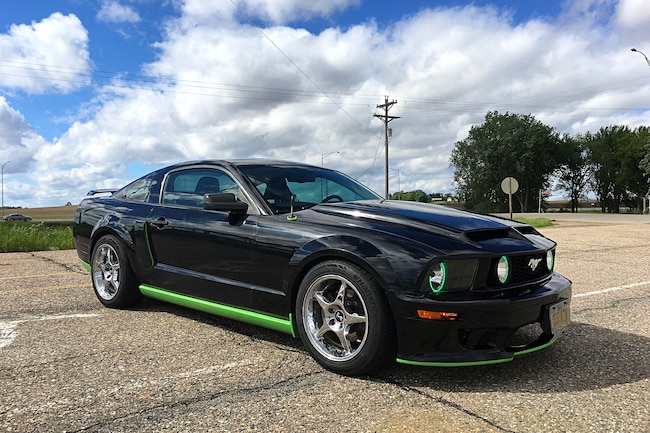 This 2007 California Special named Maxine is owned by Jeremy Bond of Northwest Iowa. The S197 Mustang features Koni struts, shocks, and SR springs. Nobody can predict what will happen on the roadway, and this S197 met a deer. Afterward it received a nice facelift. A body guy by trade, Bond took the opportunity to put it back together with a new Cervinis ram air hood and a KDM Saleen-style bumper. To further set off the exterior, he installed SMD Design oracle green LED headlights and foglights. Other modifications include a K&N cold air intake, MSD Blaster coils, and an SR strut brace under the hood.