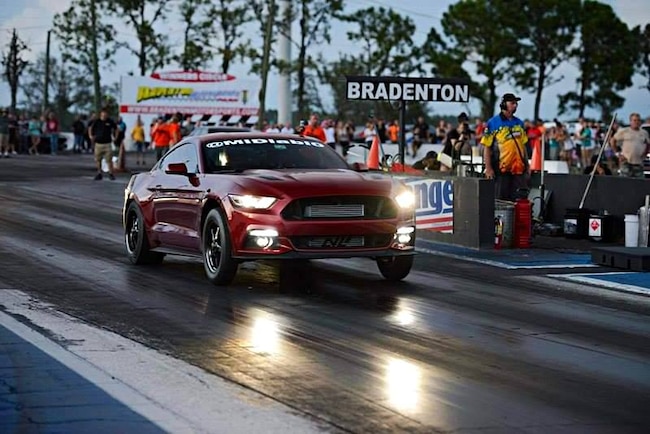 Josh Parker originally bought this 2015 EcoBoost for his wife Amanda. After six years of driving mom-mobiles while their two children were growing up, she had her eye on a Ruby Red EcoBoost. After the test drive she had the biggest smile on her face, one that any married man would recognize. Parker made the turbo a bit louder and added a JLT intake and a VTA mod on the factory BPV. Four months in they realized they had another baby on the way. Parker took over the EcoBoost, sold his Harley F-150, and bought his wife a new Explorer Sport. After he took over the Mustang, he innocently changed a few things such as wheels and spacers, but then he met Adam at Tune+ and that changed everything. Now it has a fully built motor, cams, E85 via aux fuel system, nitrous, suspension, and big and littles, and is shooting for mid-to-low 10s on high boost and juice in the quarter-mile.