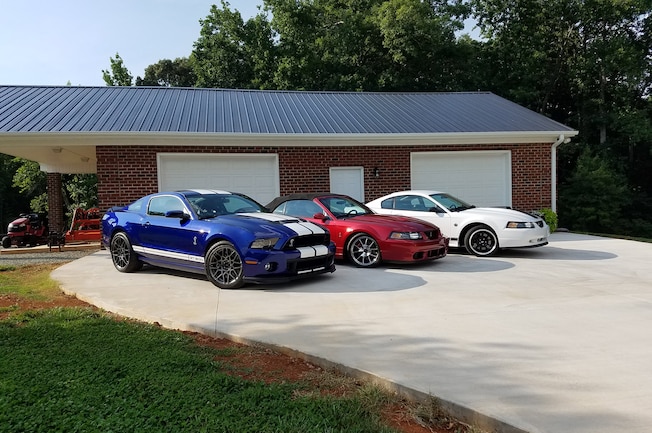 Matt Campbell has graced the pages of our Snapshots department before, back in Sept. 2016, but since then he added another beauty to his stable, a powerful 2013 Shelby. We all know that these Shelby Mustangs pack a punch right of the gate. Campbell’s other cars consist of a 2003 SVT Cobra convertible and a 2004 Mach 1. It looks like he is assembling his American dream team in red, white, and blue, and he has owned seven Ford Mustangs total. According to him, he eats, sleeps, and breathes these cars. Congrats on the new addition!