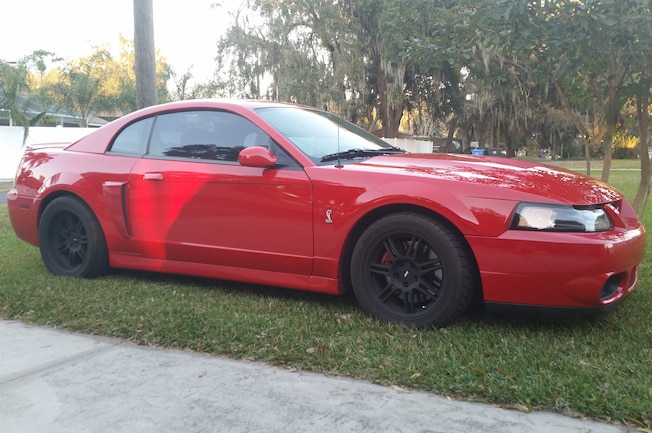 Dustin Stevens from Brandon, Florida, owns this 10th Anniversary edition 2003 SVT Cobra, one of only 1,003 produced as coupes. His Torch Red Cobra was given a rebuilt Teksid block with CP pistons, rebuilt heads with oversized titanium valves, Ford GT cams, and Comp springs. Other performance modifications include a Stage 4 Stiegemeier ported blower, a full Metco pulley kit, a rebuilt T56 transmission, an MGW shifter, and a Spec Stage 3 clutch tied into a SRA conversion from a Mach 1. Stevens’ other cars include a 2013 Shelby GT500, Jackson Racing supercharged 2003 Focus, an SVT Focus EAP, and a 2003 Mercury Marauder with a Vortech V2 kit.