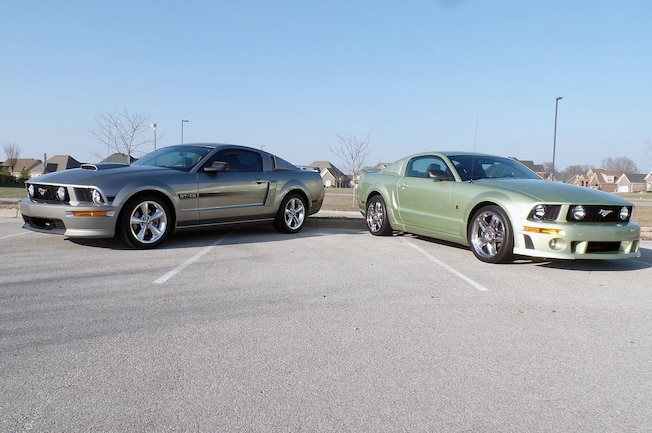 Merl Wilson from Bowling Green owns two manual S197 Mustangs: a 2005 Roush in Legend Lime Clearcoat Metallic and a 2009 GT/CS in Vapor Silver Metallic. His Roush is just one of 34 Roush conversions in that exact configuration. Wilson bought it for himself as a retirement present in 2013. The Roush is mostly driven to local car shows, and Wilson is proud to say that it received First Place awards in his class at both the 2016 NMRA and NMCA events held at Beech Bend Raceway in Bowling Green. His other Mustang, the 2009 California Special, is a recent purchase and one that he drives more regularly.