Making the Switch to EFI 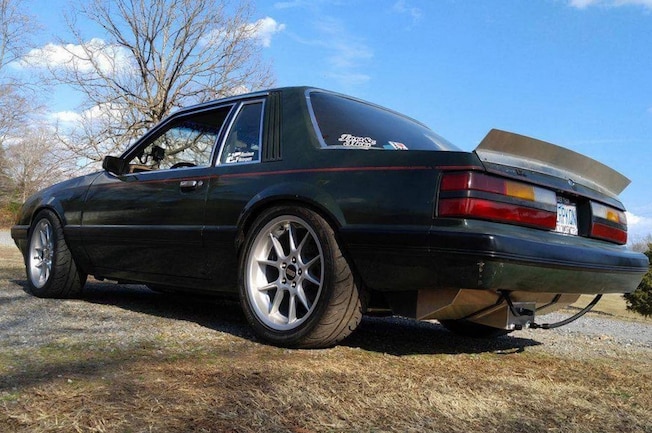 Carburetors can be a little cumbersome. Carbs were all we knew before the 1986 GT came along, and many swapped out the EFI for carbs. These days it comes down to individual choice, and what each person likes best. Some people are lost when it comes to carburetors, yet others have no clue about electronic fuel injection. When a carburetor is working well, you can’t beat it, but the same goes for EFI.

For Michael Clark and his 1985 LX, he had it up to here with the carburetor on his car. Therefore, he decided to try EFI in the form of a Holley Sniper EFI system. “The install was simple with only four wires, a coolant temperature sensor, and an oxygen sensor, which were all included with the Sniper system,” Michael says. “The car fired right up first try and after a couple hours of varied driving it pretty much tuned itself and only required minor tweaking for a smoother idle and smoother starts,” he adds.

With a stock bottom-end, Michael’s 5.0L features a Ford Performance B303 camshaft and GT40X heads, and a Weiand Stealth intake. Now it boasts a Holley Sniper EFI system, which bolts right on, and its self-tuning capabilities makes it simple to fire up on the first try.
If you’re ever following Michael Clark’s TRLRPKQN, you’ll get a great view of the car’s Glenn’s Performance aluminum fuel tank, and requisite fuel lines. Plus, if you’re low enough, you’ll also see the car’s suspension, which is made up of Maximum Motorsports’ finest; along with Griggs subframe connectors and Koni shocks and struts. Michael likes the curves, which explains the significant suspension mods.

Thanks to the Holley Sniper EFI system, now Michael can hop in his LX and not worry about cold starts, vapor lock, and the like.