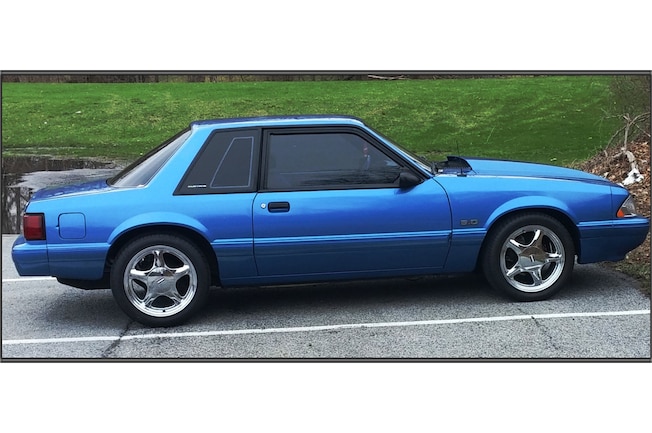 This blue 1987 Notchback is owned by Rego Rodriguez of Fishkill, New York. He searched all over for a clean coupe, but he was having trouble finding one in his area that wasn’t rotted out. In a used car ad, Rodriguez found his five-speed Fox-body notch with 85,000 original miles. He flew out to St. Louis, Missouri, and drove it home 16 hours without any problems. After bringing it home, Rodriguez installed a GT40 intake and heads, an E303 cam, roller rockers, and Trick Flow springs. Other goodies include a BBK 70mm throttle-body, 24-lb/hr injectors, a Bama chip to match the BBK mass air meter, BBK headers, and Mac Pro dumps. Rodriguez also added 3.73 gears, an aluminum driveshaft, and a three-row radiator. The car has been repainted factory Bright Regatta Blue Metallic, has a Cervini cowl hood, and the interior is mint.