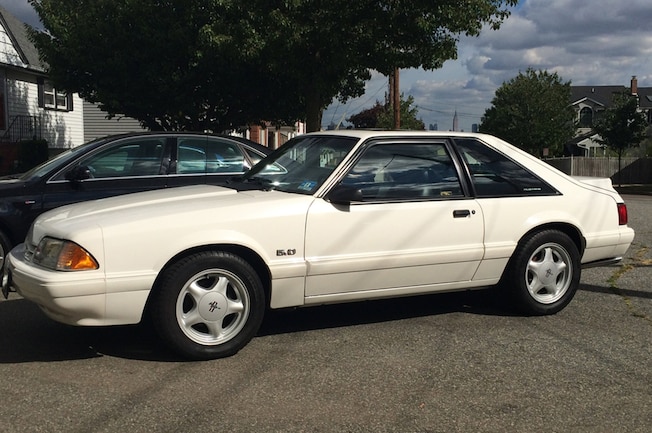 Tyler Andreula from New Jersey owns this 1993 Mustang hatchback in Vibrant White with the original 302 and five-speed manual transmission. He says, “The Fox-body was the Mustang of my youth, and this is always what I grew up knowing a Mustang to be.” When Andreula began his search for the perfect Fox, he found it difficult to find one that had not been modified or was not less than well maintained. A family friend called him after coming across something he thought he might be interested in. After convincing his boss how important it was to leave work early, Andreula went to see the car—and bought it on the spot. He couldn’t turn down the mint-condition hatchback. Since he purchased the car, he has babied it, only driving it to local car shows and events to keep the mileage low. For him, this car has brought great stories, some awards, and a lot of fond memories.