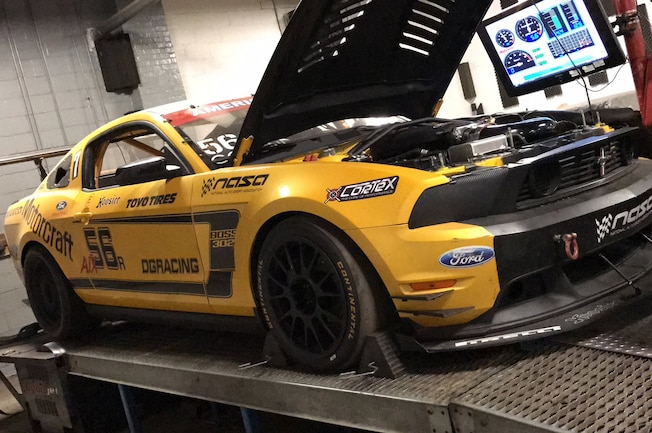 Another Maryland shop doing big things in the Coyote market is Revolution Automotive (RevAuto). Shop owner Adam Browne has been on the cutting edge of Coyote tuning since the introduction of the now-legendary engine. He has reached such a level that he now tunes Vaughn Gittin, Jr’s drift cars. Tuning on the drifting mega-star’s cars has taken Adam to places he’s never dreamt of, and RevAuto shows no signs of slowing down.

Behind the big bore Coyote is a Tremec T56 Magnum XL transmission with a McLeod clutch, and an aluminum driveshaft. Out back the factory 8.8 is largely stock with a Torsen differential, and 4.10 gears.

Peak numbers came in at 607-rwhp at nearly 8,000 rpm, while a flat torque curve peaked at 443 lb-ft of torque. The car is set up to run in SCCA American Iron, and Darren will be getting his feet wet soon now that the car is fully-operational.