The YeTTi Lightning is coming to a track near you 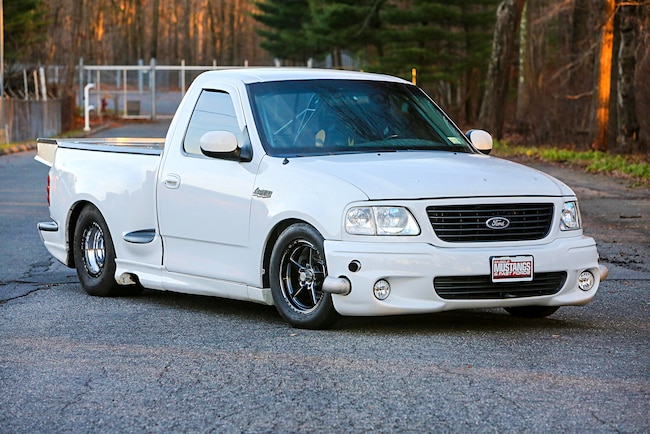 A Yeti—not to be confused with Yeti, the beverage cooler company—is the more official term for what most people call the Abominable Snowman. The massive ape-like snowman has been a myth and legend that hunters have sought to capture for centuries, with an escalation in interest in the early 1900s. Though there has never been any conclusive evidence of this beast, there is plenty of information and sightings of the YeTTi Gen-2 Lightning truck of the modern era. It is brutish, terrifying, and a flat-out savage when it comes to power and performance. The YeTTi is the brainchild of New Yorker Jimmy Dolan as he hatched an intrepid adventure to build a 2004 SVT Lightning into a sport truck that epitomizes the Yeti legend.

Three years ago Dolan’s stock Lightning benefited from simple bolt-on parts before it began its transformation. Like a typical winter storm, those plans started off slowly before progressively becoming stronger and stronger. The big picture of the project could be best described using the cliché “beast-mode.” Dolan’s son nicknamed it the YeTTi thanks to its white paint job and myth-like beastly attitude. And if you didn’t figure it out, the double-Ts refer to twin turbos.

“I had the truck and it was one that I drove daily,” said Dolan. He continued and confessed, “Then I went to Paul’s shop [Total Induction Tuning Solutions] and saw a few twin-turbo Lightnings sitting there. I liked them and right there I knew I wanted to go to the next level.”

In order to take aim at the quickest SVT Lightning record it required a full makeover from the engine back to the rear bumper. Paul Albino, who is no stranger to big power and quick performances, would orchestrate the entire project from his Total Induction Tuning Solutions shop. The chassis and roll cage was outsourced to Markow Race Cars, which just so happens to be next door to Total Inductions. The Gen-2 Lightning was fastened to a chassis plate where Paul McDermitt got to work immediately by cutting, trimming, and fabricating in order to turn a daily beater into drag strip hauler.

The Lightning emerged from the noted chassis shop sporting a four-link rear suspension, fabricated 9-inch rear housing, Stifflers front suspension, and an interior filled with a lot of bars that meet SFI 25.3 specifications. Additionally, the lower stance is complimented with a sheetmetal rear wing to help stability of the long and un-aerodynamic F-150 body.

For a powerplant it didn’t take Dolan long to realize the power potential of a stroked and turbocharged Windsor engine rather than the supercharged 5.4L Two-Valve mod motor that came standard in the Gen-2 Lightning trucks. Bennett Racing Engine was tasked with designing and building a 417ci small-block Ford that’s capable of big power.

Inside the block is a Lunati 3.900-inch billet steel crankshaft, GRP aluminum connecting rods and custom CP pistons (9.6:1 compression). A Canton oil pan and Peterson R4 external oil pump keep the big Windsor well lubricated. A custom camshaft was spec’d by the team at Bennett Racing Engines and they added in a pair of Trick Flow High Port cylinder heads. The heads didn’t just get bolted on as the aluminum chunks were run through the CNC mill with a custom program specific for turbocharged applications.

Once back from the chassis shop the small-block was fastened between the frame rails and fabrication began on turbo headers, crossover piping, and exhaust down-pipes while a giant air-to-water intercooler was placed in the interior. A pair of Bullseye Power 88mm turbochargers with the company’s patented BatMo impeller wheels was mounted in the grill area for maximum airflow ingestion.

Final assembly of a race truck of this caliber is no small task, even after the engine and turbo system are in place. To that note, miles of wiring for the Holley EFI Dominator, street equipment, ignition system, and all other electrical systems were spun into the YeTTi. The neat and orderly wiring system is barely visible when peaking into the cockpit of this race truck.

The driver sits comfortably and safely in a RaceTech seat while surrounded by a funny car cage and a Holley digital dashboard is in plain view. It is all business as the driver also grips a lightweight steering wheel that is removable for easy ingress and egress from the driver’s seat. A Precision Industries shifter sits on top of the trans tunnel, which is connected to an M&M Transmissions TH400 with a 2.10 first gear and custom M&M torque converter.

Once the YeTTi was completed it was run on the chassis dyno for a baseline tune-up that produced well over 1,000 rhwp with just 15 psi of boost. The turbochargers are capable of over 30 psi on the Windsor engine, which should create over 2,000hp with ease. But the team chose to sort the Lightning out on the low boost setting before getting aggressive. Currently the best time to the eighth-mile marker is a 4.99 at 147 mph, which Dolan ran at Mason-Dixon Dragway during a Mid-Atlanta Street Outlaw event. The best sixty-foot time has been a 1.24 on the Mickey Thompson ET Street Radial tires, which check in at 315/60-15.

Race weight is a rather portly 3,900 pounds to put the performances in perspective. Dolan was quick to comment on his choice of race vehicle platform, “I love the notchback and it is a gorgeous vehicle and my favorite—but everyone has one!” It is the road less traveled but considering he has run over 170 mph in just one run down the quarter-mile, the power and performance are impressive give the dimensions of the truck.

The next step in achieving their goals for the YeTTi is to get the weight out and to that end GTS body panels have been ordered. Outlaw Racecraft, which is where McDermitt has moved on to, is handling the installation of the body components and other chassis upgrades. Additionally, Mark Micke at M&M Transmissions is revising the torque converter while Dolan is itching to bump the boost controller up higher to get the Bullseye Power turbochargers working harder. Moving a pick-up truck quickly through the quarter-mile will take a lot of power but he is confident that once the engine is operating at peak output, the SVT Lightning record of 7.41 will get shattered.

As the Abominable Snowman continues to elude the curious, the YeTTi can be seen everywhere on social media and terrorizing drag strips throughout the Northeast and Mid-Atlantic regions. The one question remains, how far down will Dolan set the SVT Lightning record? 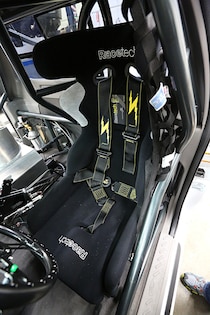 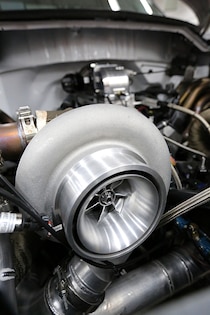 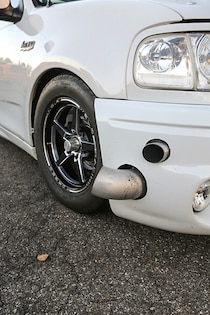 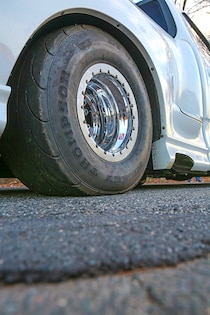