Pure Luck: Adrian Gomez of MAK Performance came across one of the first S550s. 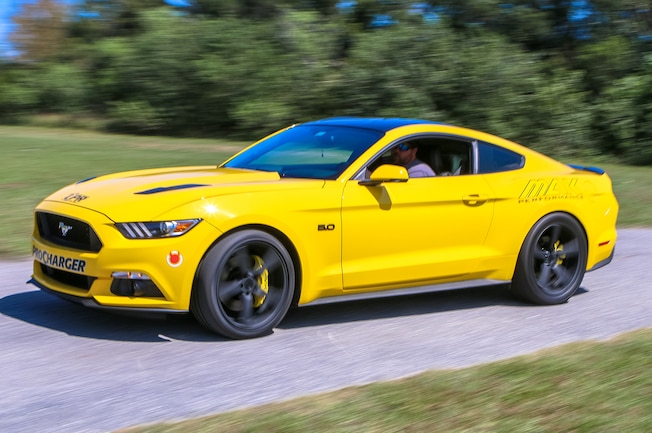 Let's take it back to midnight on December 5, 2013, right to the pivotal moment when the covers were finally yanked off of that brand spankin' new 2015 Ford Mustang simultaneously in six cities spanning four continents. The hype of Ford's new global S550 Mustang platform sent shockwaves through the automotive community. What wasn't to talk about? Besides the huge redesign and global platform, it had IRS, paddle shifters, line lock, and a new turbo four-banger added to the engine lineup. Whether it was well received or immediately loathed, the entire world was buzzing with everything Mustang.

When the new 2015 Mustang was finally sent into production and the cars slowly started trickling into dealerships, they just couldn't keep their hands on them. As soon as they were unloaded off of the truck, a big, bold "sold" sticker most likely got slapped on.

Adrian Gomez is no stranger to Mustangs, having previously owned a 5.0L Fox-body hatch. He is also the Manager of MAK Performance out of Hialeah, Florida. Gomez got lucky in October 2014 during the midst of all that new Mustang mayhem. He just so happened to land one of the first S550s produced in the country, No. 26 to be exact.

"The funny part was that I did not preorder the car. I had been looking at the new S550s, but was not convinced," Gomez tells us. About a week prior to his lucky strike, Gomez sat down with his boss, Willy Diaz of MAK Performance, to discuss prior success with the S197 platform.

"After shooting ideas back and forth about the new platform, I decided on getting a car as soon as possible. It took about a week, and I finally found a Triple Yellow with Ebony interior car in Margate, Florida, that had not been presold," Gomez says. He headed out that same day and returned later that night in the driver's seat of that same six-speed Triple Yellow 2015 Mustang GT equipped with the Premium Package.

The thing about getting one of the first redesigned cars of a new litter is that aftermarket parts haven't been created yet or are still being developed, created, and then tested.

Not wasting any time, they started working on the car the following morning by installing its first mod. Shortly after that, the car was driven to DiabloSport to get started on tune development. After Brian McMahan from DiabloSport worked his magic, the car made 370 hp and 343 lb-ft of torque to the rear wheels. Still looking to tweak the car for additional power, they installed a JLT cold air intake, which bumped the car up to 398 hp and 380 lb-ft.

Still looking to add more steam, a call was made to ProCharger. As soon as ProCharger was done test-fitting the H.O. Supercharger System on the company's in-house car, a complete kit was on the way before the official product release. In the meantime, they started development work to improve on what was the most restrictive part of the exhaust. They also decided on a Gibson 3-inch cat-back exhaust.

Gomez says, "Once the ProCharger arrived, we wasted no time getting it installed. The kit installed easily, and we ran it as it came out of the box for a few weeks to make sure all was well. Not many people had the kits yet, so it was all new to us."

After a few weeks they decided to up the boost to 8 psi. With the preloaded tune, the car made 541 rwhp; however, by working away on the tune, they were able to bump it up to an impressive 600 rwhp.

At this point it was time to upgrade the half-shafts with a set of Driveshaft Shop 1400HP axles and slap on some rear Mickey Thompson drag radials for the NMRA opening weekend in Bradenton.

"We drove the car to Bradenton and made a few test passes, as I had never driven the car down the track at this point," says Gomez. "I finally got the launch figured out using the new launch control system and begin to make a good pass, but around mid-track, the factory clutch decided to let go. At this point, no one had hurt a factory clutch yet, and like many things on this car, we are the first to find out about a lot of things on the car and where its limits were."

After the unfortunate clutch situation, Gomez was able to hobble the car back to Miami and reach out to Mike from RAM Clutches for one of the company's Force 10.5 Twin Disc Clutches. "We are still testing the new Twin Disc and should be out at the track shortly to see what it can do," Gomez tells us.

Cosmetically, the car has its fair share of things, but less is much more according to Gomez. The roof and rear wing were wrapped black by Rod Wraps out of Miami to add contrast to the bright yellow paint. The stock brake calipers have been painted yellow to match along with the MAK Performance company logo for a nice custom touch. Wheels of choice are 20-inch Downforce DF5 wheels (20x8.5 front and 20x10 rear). To improve the stance and handling, springs from BMR Suspension were added.

The interior has carbon fiber accents, including the center console, window switch bezels, and door lock bezels. They added an MGW shifter too.

"I love it," says Gomez. "The yellow is so in-your-face. You can't help but notice it. People flag us down almost daily to say something about the car, and we normally walk out of parking lots to find people taking pictures of the car or with the car. It has become my daily driver, and at 600 rwhp it drives just as comfortably as when it left the lot—with just a little more oomph, of course." 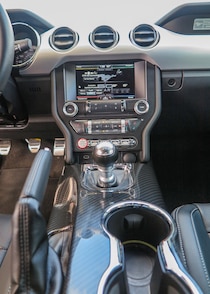