Super Trooper: Ryan Augustine’s Fox-coupe is a little retro, a bit modern, and all about the dragstrip 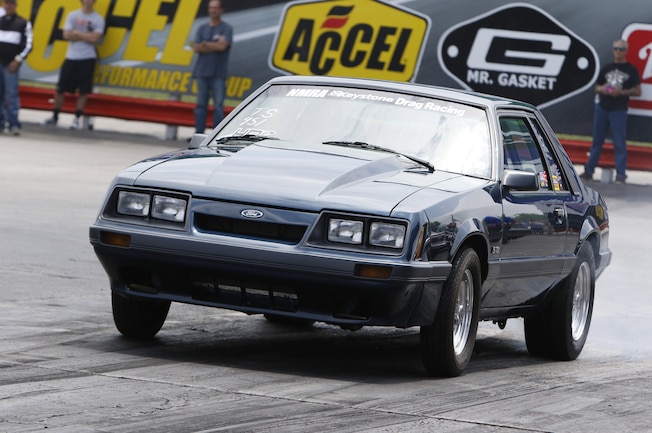 Ryan Augustine is a diehard Mustang fan who owns, builds, drives, and races late-model Mustangs. He, along with his fiancée Christina, vacation in such exotic locales as Bradenton, Florida (home of the MM&FF Spring Break Shootout); Myrtle Beach, South Carolina (Mustang Week); and the quaint hamlet of Norwalk, Ohio (NMRA Super Nationals).

Augustine, a Pennsylvania State Trooper by day, cuts loose in his workshop at nights and on weekends preparing his fleet of Fords for action. His current stable includes a 1967 GTA Fastback project car, a 1971 Mach 1, a 1985 GT, a 1986 GT, a supercharged 2000 GT, and a 1975 Australian Ford Falcon XB—the same model Mad Max drove. And yes, he’s currently accumulating parts to build his own Mad Max Interceptor.

Augustine and Christina are big fans of MM&FF True Street. We met them at the Spring Break Shootout years ago, where Augustine was competing in a newer 5.0 Stang. As he stated, it’s easier to fly in and “borrow/rent” a new 5.0 Mustang for True Street. Closer to home, Augustine prefers his 1986 GT or the recently completed 1985 LX you see here.

“I bought the LX in 1999 for $400,” says Augustine. “It was a V-6 automatic, and it was trashed. And by summer 2000, the 3.8L had been totally killed. The LX then sat next to my garage until 2003 when I decided to junk its entire drivetrain and make it a street/strip car. It was torn down to a bare shell, and my plan was to rebuild it to be quicker than the 12-second 1985 GT and 2000 GT Mustangs I had been racing. I wanted a lightweight Mustang that I could make faster by adding more cubic inches and more boost over time. Life, work, and relationships got in the way of the build. It wasn’t finished until fall 2014.”

But after being tuned by Tim Rodeheaver it clocked an 11.06 at 127 mph on its second pass. Augustine says, “It was 40 degrees that day and the track wasn’t prepped, so it didn’t hook so well. Now I’m trying to sort out how to drive it to dip into the 10s.”

To make the LX quicker than his alternate modes of transportation, Augustine added a 351 short-block from a 1995 SVT Lightning that was fitted with D.S.S. full-floating pistons and a Comp Cams’ 0.555-inch lift roller cam at Baker’s Machine Shop in Uniontown, Pennsylvania. Augustine then topped the 351 engine with AFR 185 aluminum heads and a classic GT-40 tubular intake. To boost power, Augustine added a non-intercooled Vortech V2SQ supercharger along with a Pro M 92mm MAF and a BBK 75mm throttle-body. Fueling the Windsor is an Aeromotive A1000 along with 60-lb/hr injectors set to 38 psi. Augustine relies on MSD ignition and a MAC exhaust, including long-tube headers. The combination produced 505 hp and 525 lb-ft of torque at the wheels.

Augustine loves the old-school aspect of the LX that’s just a click away from being a 10-second player in the True Street wars. He says, “Street driving isn’t easy right now. It’s tuned for wide-open-throttle at the dragstrip, so it doesn’t like to idle up the road at 1,500 to 2,500 rpm in traffic. At the dragstrip I pop the clutch at a given rpm and let it fly.”

Ryan adds, “I try to do a ‘speed shift,’ right now. I know I’m adding to the e.t. that way, but it’s better than bench pressing that Tremec in and out of it for repairs. I have no plans to use an automatic,” he says matter-of-factly.

We hear you, Officer Augustine!

“I also made a decent attempt to save weight by using the old Fox-body aluminum front and rear bumper reinforcements,” says Augustine. “I removed the climate control from the dash, and even found plastic headlights for it. The Corbeau seats and seat tracks save 17 pounds per side over the stock seats/tracks, and the hood and trunk lid are fiberglass. I also relocated the battery to the trunk over the right rear tire.”

According to Augustine, the LX handles like any other Fox-body, except it’s stiffer due to the roll bar and subframe connectors. And the removal of the front sway bar hasn’t significantly altered handling. Adding to the sleeper look, he runs satin-black 15x7 “phone dial” wheels on the street with the stainless center caps. “The old 225/60/15 Goodyear Gatorbacks don’t hook all that well when the torque hits them,” he says with a laugh.

The Regatta interior consists of an eight-point Competition Engineering roll bar, Corbeau seats, a five-point harness, and Auto Meter gauges. Gear selection is made in the Tremec five-speed, which is connected to a RAM clutch and a Steeda Tri-Ax gear jammer with a Hurst handle. The LX puts the power down through an 8.8 rear that is beefed with Moser 31-spline axles and an Auburn Pro differential. For extra strength, “Bud” Zelenak of Continental Competition welded the tubes to the centersection.

Completing the classic Fox look is a Cervini’s 2 1/2-inch cowl hood, and while Augustine was on the phone with Cervini’s he ordered a fiberglass decklid to add before it was repainted. For color, Augustine stuck with the factory 1985 Midnight Blue that was applied by Bill Nist.

Augustine wanted a Mustang that could outperform anything in his stable, and by keeping it simple, he achieved his goal. Amazingly, the Auto Meter gauges, Weld rims, and GT-40 intake are as popular today as they were 20 years ago.

“I know it will make more power with a better intake, and I’ll probably install one at some point,” says Augustine. “But people love seeing the GT-40. It kind of adds to the coolness of the car.”

Augustine says, “A lot of people assisted in the build, but mostly I’d like to thank Bill Nist for resurrecting the body and building the cage. Derek Bellotti, a Fox Mustang mad scientist, did the electrical and some mechanical work. Bob Zelenak put together the fuel system. I’d also like to thank my dad and my fiancée Christina for the constant encouragement to get the LX finished and on the dragstrip. My dad, with his Grabber Green 1970 Mach 1, is responsible for my Mustang madness.” 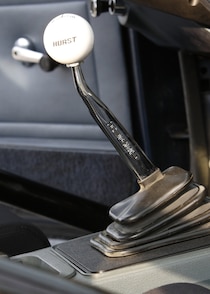 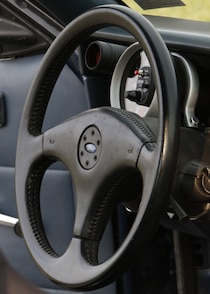 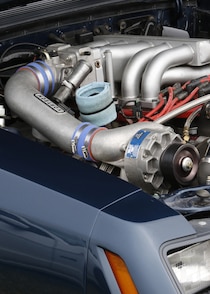