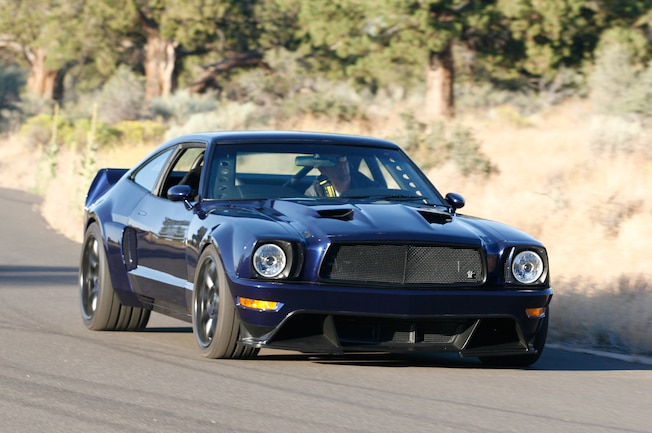 If you’re the type who reads Mustang Monthly from cover to cover, you may recall editor Kinnan’s debut Hoofbeats column, in which he let you in on a little secret of his. Drum roll please … he has a soft spot for Mustang IIs! But truth be told, he’s not the only one–take a look here and you’ll see what we mean. It turns out that Portland, Oregon’s Brett Behrens has considerably more than a soft spot for the genre, as he’s gone hog wild with a full-on Pro Touring Mustang II. To say this thing is wild, and the baddest II we’ve ever encountered short of a Pro Stock drag car, may well be the understatement of the year.

Truth be told, Brett isn’t exactly a dyed in the wool Mustang II fan; rather he’s a Ford man who was looking for something different to build. You’d think that would pretty well rule out a Mustang, but not the 1974-’78 variety, as it turns out. “I always thought there was potential with the Mustang II, but found the car pretty awkward with their short wheelbase and small wheelwells. Despite that, the overall profile and modest physical size and weight are really appealing. I knew that with the right people involved, it could be done well.” The right people turned out to be automotive illustrator Ben Hermance, and A-Team Racing’s Gordon Aram. Hermance drew up some renderings of a wild Mustang II hatchback with 2005 Mustang fender openings, wheels pushed toward the corners, and a noticeably wider track. Aram and company were the build team who confirmed that Brett’s wish list for the project was physically possible, including a V-10 engine, six-speed transaxle, and Corvette suspension and brakes. Gasp all you want at the lack of brand loyalty, but truth be told, such Vette hardware is a darn good choice when going radical (and many aftermarket front suspension systems for Mustang use the modern Corvette bits now as well). Of course what really counts is the heart of the beast, where a true-blue 6.8-liter Triton V-10 resides.

The Mustang Evolution draws design elements from a number of different eras. A good example is the hoodscoop assembly, which sharp eyes will identify as being 1971 Mustang sourced. Gordon Aram deftly cut off the metal skin of the 1971 hood, reshaped it, and grafted it to a Mustang II hood frame – of course that’s a slight oversimplification of the complicated job!
From the front or rear, the overall look is that of serious business. Grip Equipped wheels are subtle and large (18x9.5 and 19x12), the stance is spot-on, and glimpses of hard-core hardware are evident from the street view (rollbar, rear sway bar).

The build got started in 2012, with Aram acquiring a decrepit 1978 Mustang II shell, along with a wrecked 2008 Corvette Z06. The frame is fully custom, predominately constructed of 1-5/8-inch DOM 1020 steel tubing, and was absolutely necessary to stretch the wheelbase the 12 inches that Hermance and Brett identified as visually ideal. The Corvette engine and suspension cradles were incorporated into the frame as a mounting point for the IRS and front suspension, and the six-piston factory Z06 brakes were employed as well. Fully dressed, Brett’s 1978 weighs in at just under 3,000 pounds, hundreds less than the Corvette that donated its parts. The performance potential is obvious.

No doubt Brett had some great options when it came to a powerplant, but his choice is rather unexpected in the world of domestic hot rodding. While several high-end manufacturers have made a go of performance-oriented V-10s, it’s a rarity amongst stateside manufacturers (Dodge notwithstanding). Seeking something similarly exotic, Brett wondered why he couldn’t modify Ford’s truck-based 413-inch Triton V-10 for a performance application. Aram and company assured Brett that the shoehorn part of the job could be effectively accomplished, and the course was thus set. Truthfully, the engine isn’t fully developed at the moment; rather it was treated to some rudimentary enhancements and installed in that form to get the project on its feet. With more development to come, Brett likes to point out that the current rear wheel output of 396 hp and 475 lb-ft of torque is very much akin to the Viper’s first rendition back in 1991. That level of performance is a result of a basic rebuild of a 2005 6.8-liter, custom-fabricated tubular intake and headers, 90mm Accufab throttle body, 50 lb/hr injectors, custom reground camshafts from Isky, and a special tune.

You’ve likely never seen a V-10–powered Mustang before, and certainly not a V-10 Mustang II! Owner Brett Behrens wanted something different, and he certainly got it with this 413-inch Triton V-10. The engine is physically big, but looks right at home in the well-crafted engine compartment. Power output is currently 396 hp and 475 lb-ft of torque, with the only mods being the custom intake, headers, reground cams, throttle body, fuel injectors, and tuning. Brett says there’s more to come.

Considering the radical makeover and extended wheelbase, you might be surprised that the overall length of the 1978 hatch hasn’t changed. While Aram was busy with the frame and drivetrain, his crew of Avery Bell, Ryan Gridley, and Mike Teagarden were full steam ahead on the body. Besides the modified factory panel that surrounds the grille and headlights, the entirety of the bodywork is done in metal, including the thoroughly modern front air dam. And who’d have thought that 2005 wheelwells would work so well on a design from the ’70s? Designer Hermance for one, who aptly coined the effort “Mustang Evolution.”

The dominant twin brow dash pad has vintage Mustang written all over it, however racing and touring vibes abound. Race inspired: rollbar, adjustable Wilwood pedals, large transmission tunnel, brake bias adjuster, Schroth harnesses. Touring inspired: Leather appointments, Alpine entertainment system with ARC Audio amps and speakers, Dakota Digital analog gauge cluster (VHX-1100), and Vintage Air A/C. Stitchcraft in Bend, Oregon, did the bulk of the interior work.
In case you aren’t clued in by five exhaust ports on each side, the hand-fabricated intake spells out the 10-cylinder engine architecture. A-Team Racing in Bend, Oregon, built the equal-length intake manifold in-house, which gets air and fuel from a 90mm Accufab throttle body and 50 lb/hr injectors.
This is largely what the Mustang Evolution’s air dam looked like prior to paint, however this particular example is intended for a narrower stock-width Mustang II.
A 1977 Toyota Celica taillight panel was chosen for several reasons. 1. It was a perfect fit dimensionally. 2. It yielded an OEM quality look. 3. It just so happens to have more of a traditional three-bar taillight assembly than an original Mustang II. The taillights originally used amber outermost lenses, which were changed to red for a traditional Mustang vibe. Sequential turn signals are via a Classic LEDs retrofit.
Avery Bell fabbed up the front air dam setup completely out of metal, which drew inspiration from the 2012 Boss 302. The scoops are functional, cooling the brakes, and feeding air to the oil cooler and power steering cooler.

Perhaps nowhere is the evolution more visually dramatic than in the rolling stock. We chuckle when remembering that Mustang IIs originally rolled on diminutive 13-inch rubber, now replaced with giant 18s and 19s. The change could only be effectively pulled off in concert with the myriad of body modifications, the result of which is visually pleasing and balanced from nose to tail. Equally pleasing we think is the two-stage topcoat that Aram sprayed in a modern Kona Blue.

Mustang Evolution is now to the point where plenty of shakedown runs have been made and the car is largely dialed in. Brett tells us it’s a hoot to drive, with huge low-end torque, only to be enhanced when the engine development progresses a bit more. Brett is also assured that he’ll never see himself coming and going, which was a key point of the build to begin with. We like that sentiment of bucking the status quo, which leads to the question of whether Brett’s 1978 may be as much revolutionary as evolutionary? Either way, the end result certainly elevates the Mustang II to a higher place in the world of hot rodding.

These images show the Mustang II in various states of partially finished form at A-Team Racing, which are revealing to say the least. Two things stand out in our minds: 1. Note the all-metal nature of the impressive bodywork. 2. Realize how a project like this has to be assembled for test-fit, function, and so on, only to be completely disassembled again for finish work.

Owner Brett Behrens faced a challenge that every enthusiast must address when building a custom car: How will I pay for it? As Brett described, “There are plenty of people who want to have a custom car built and have a good income, but don’t have a pile of cash at the ready. In fact, I was one of them. I found that traditional lenders just aren’t interested in loaning money for projects like this, they really don’t even understand the concept.” With a background in finance himself, Brett got creative with the Mustang Evolution project, in turn starting a business venture that may help others who find themselves in his very shoes. He formed Specialty Car Solutions (www.specialtycarsolutions.com), and linked up with a handful of car builders to offer loans for car projects done through approved shops. So far the shops include A-Team Racing, BS Industries, Crossroad Customs, PCHRods, and more to come. To be clear, these aren’t loans for the do-it-yourselfer who needs financing, but it could be a welcomed option for some. SCS can loan for completed new and used specialty cars as well. 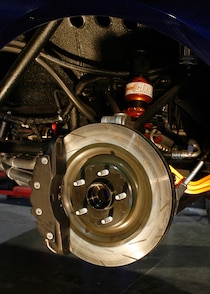 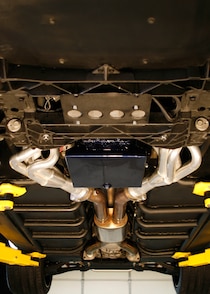 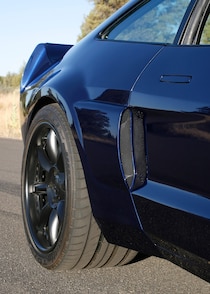