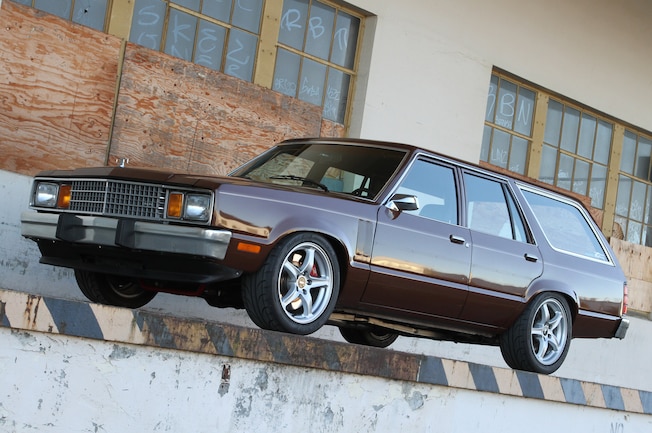 There it was, parked at Salsipuedes Auto Salvage amongst the raspberry bushes. There was no effort to pull it out and dust it off for the visitors who came to see it. It looked at home there, a filthy wagon surrounded by trash and spare parts. The Craigslist ad didn’t boast its high-performance potential, but Martin Pond knew this breed already. Aside from countless Mustang projects, he laid hands on several other Fox-bodied sister cars. Martin and his son Martin Jr. looked this 1980 Mercury Zephyr over, still in the thorn-ridden bushes, and discovered it was actually in pretty good condition. Two dents on the passenger side door, but nothing huge. Martin still wasn’t inspired.

He started walking away when Junior said, “Dad, when will we find another?”

That was enough for Martin, and the two walked into the office to strike a deal. The shop owner donated a battery, they check the fluids, and the Zephyr came to life. The engine rocked and knocked in the engine bay, but it sounded like it could make it home from Watsonville to Alameda, California. That’s all they needed it to do. They coasted it down to the local gas station and started their two-hour trek home.

A couple of weeks went by before it really sunk in how ugly this thing was. At first, Martin didn’t even take photos of this one. You may remember his previous feature, showcasing his 1980 Ford Fairmont. It was much more of a looker than this wagon. Though the Zephyr is a 1980 model, the brown paint and plaid interior upholstery screamed 1970s. It seemed as though the thick layer of dirt had been preserving this one; under it all was a completely rust-free body. The only drawback was the color, but after a day with the clay bar it cleaned up.

This purchase wasn’t on a whim. He had been collecting parts for months, waiting for the right body to come along. The plan was for V-8 powerplant backed with a five-speed manual transmission, and, get this: independent rear suspension with four-wheel disc brakes. Martin had a front subframe from a 1986 SVO Mustang he assembled with SN95 control arms, SN95 spindles, and 13-inch Bullitt brakes. The front end came together with Maximum Motorsports camber/caster plates, a shock tower brace, and a custom shaft to connect a 2004 Cobra steering rack. As planned, the solid rear axle made way for an independent setup also from a 2004 Cobra. The installation was simple, as it was on his Fairmont. Only four holes needed to be drilled to attach it along with more Maximum Motorsports goodies.

His other ride, the 1980 Fairmont, went through a couple phases before it found its current arrangement. This process left some parts behind, including a 1990 Mustang 5.0L engine, a World Class T-5 transmission, and an aluminum driveshaft. These parts transferred right over. Don’t you just love Fox-bodies? With all the hard parts in place, it was time to deal with some of the cosmetic issues.

Nothing could be done to help the color for now, so attention went into the cabin. Anything brown had to go; there was enough of that on the outside. The plaid seats went first. Martin had recovered some old Corbeau seats he had laying around in vinyl and suede and carried that theme over to the custom door panels. He brought more black in with a new carpet, console, dash pad, and headliner. He put on his spare set of 17x8 1998 Cobra wheels wearing Dunlop Direzza Z1 Star spec tires and the car was complete.

Getting the parts on the car only took Martin a couple months since he has extensive Fox-body experience and spare parts. His first trip was to Sonoma Raceway (Sears Point) with the NorCal Shelby club. His expectations were that it would run slower lap times than his more refined and higher powered Fairmont, only he was wrong. The wagon steered and braked better, which landed him with a 2:00-minute lap time his first time out. The Zephyr’s 5.0 has half the power the Fairmont’s 351 and somehow managed to improve his time by a full 10 seconds. The next trips were to Thunderhill Raceway and Laguna Seca where he also ran 2:00-minute track times.

Feeling really good about the car’s setup, he took it to the Pleasanton, California, Goodguys car show autocross to see how it would do in a different setting. The tightest, most difficult course he had ever seen didn’t stop him from finishing eighth out of the 60-plus participants. His visit and performance at Laguna Seca even earned him an invitation to race in the Ultimate Street Car Association. That alone is a feat to be proud of. 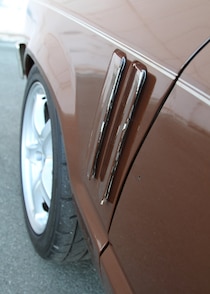 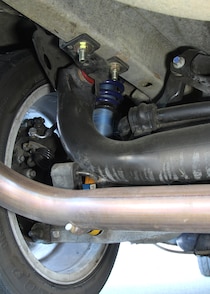 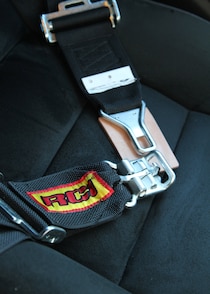