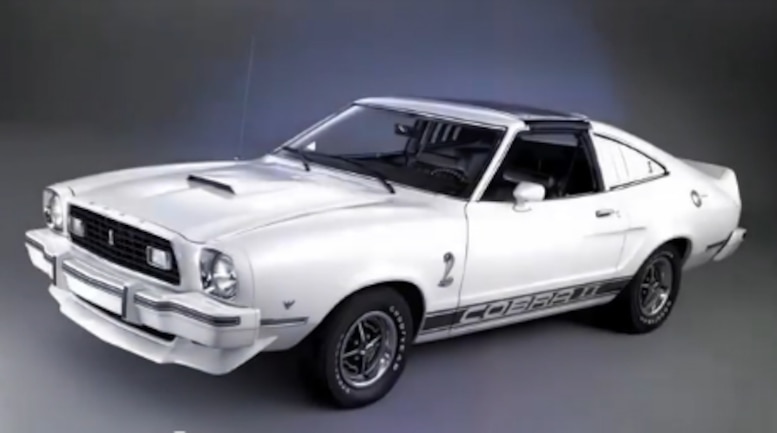 One Ford Mustang in particular is known as the redheaded stepchild of the brand, the Mustang II. Forty years ago this fall, Ford introduced this all-new second generation Mustang that was 19-inches shorter and 500-pounds lighter than the 1973 model it replaced.

When it came to the 70s, this car was a homerun, believe it or not. Even today – fifty years later – three of the five years this car was produced remain in the best-selling Mustangs of all time. People referred to this new lighter Mustang as the “Pinto Stang” although it didn’t share the same platform as the Pinto. In fact, nothing was interchangeable between the two.

Also, the 1978 Mustang II King Cobra was the first to wear the metric “5.0” badging. On its hood, it sported the 5.0 which left some folks scratching their heads wondering about this new number and why it wasn’t sporting the usual “302” instead.

This new Mustang came just in time for the first big spike in oil prices along with new emissions control and safety regulations. Sure, it wasn’t a muscle car, and it didn’t even sport a V-8 engine during its first year on sale. But in 1974, it was the right Mustang for that time – selling 400,000 units, the highest sales since 1966.

While a lot of folks see the Mustang II as a Mustang failure, without its success the Mustang line may have disappeared completely in the 1970s. While many may not covet it as much as its predeccers or even its successors, even today, it is a great lightweight car and a fantastic starting point for a fun performance machine with engine, suspension and brake upgrades.