Once upon a time in a galaxy not so far away, a crafty hot rodder built an understated street machine that appeared tame, yet ran as quick as any open-header, slick-tired racer. His plan was to roll quietly up on the competition and then squash them with unsuspecting performance. He called his machine a "sleeper," because it appeared to be asleep until just the right moment.

Not surprisingly, his idea caught on and sleepers have roamed the avenues and the late-night circuits ever since. Sleepers are way cool and come in many forms, but the basic idea is always the same: Take a sedate-looking vehicle and stuff in a fire-breathing mill that makes sick horsepower. Sleepers can be built around virtually any body style, but whenever possible a plain-Jane design works best. And while it's possible to build your Mustang into a stealthy, land-based missile, there are better options for "Fordnatics." This scribe thinks the best body style is the Fairmont, or the more stylish Fairmont Futura. Sure, the Fox-chassis Granada ranks up there, but the Fairmont remains the undisputed king of the Blue Oval, square body, lightweights.

Bryan Sharer of Trophy Club, Texas, was well apprised of these facts when he began his odd-ball project back in 1999. "Everybody has Mustangs and I wanted something different," stated the 27-year-old automotive service technician. "A buddy of mine had a 12.7-second Fairmont and I wanted in on some of that action."

Sharer hunted down this '78 Fairmont Futura that was sitting in a field with grass growing 3 feet over it. He picked up the rotting Ford for $250 and the fun began. Sharer wasted little time and quickly installed a '90 5-liter H.O. engine along with a homemade twin-turbo setup that was pieced together from a couple of Turbo Coupes.

The hair dryer combo pumped compressed air into the 302 that was surprisingly close to stock. The short-block featured nothing fancy, only a Ford Racing "E" cam. The stock heads were upgraded to GT-40 casts and the mill was topped with a Weiand X-CELerator intake and a Holley 600-cfm double-pumper carb. There are many trick parts that are out of sight, like the D&D tubular K-member, D&D coilover struts, caster/camber plates, UPR control arms, and the Lakewood 50/50 rear shocks.

"I had a nitrous car in the past and got way sick of filling the bottle," stated Sharer. "I started with two stock Turbo Coupe turbos and GT-40 heads. But recently I switched to World Products' heads and a single turbo. With lots of tuning I've gone from mid-11s to high 9s."

The World Products' Windsor Sr. heads were ported by Sharer's friend, Forrest Nearing, and include 2.02/1.60 valves, Comp Cams springs, and Ford Racing 1.6:1 rockers. Sharer also rebuilt the short-block just to make sure the rings and bearings were in good working order. The drivetrain is made up of a C4 with a Trans-King reverse manual valve body with a transbrake and a B&M flexplate. Behind the C4 is a beefed 8.8 with Moser internals and 3.08 gears.

"When I first built it the rear had 3.27 gears, but the combination of the 3.08 gears and tall rear tires make it nice to cruise on the street," explained Sharer.

Amazingly, the MM&FF staff has watched this project unfold since its debut in 2000, where it ran at the Dallas FFW event, albeit, with not such a pretty face. The Fairmont had seen better days and was looking rather tired, but the twin turbo Ford got our attention and kept it. In fact, former MM&FF Associate Editor Vinnie Kung told Sharer that if he painted the car and fixed the interior we'd do a feature on it. Whether Kung's offering provided inspiration or not we don't really know, but Sharer certainly cleaned up his act and turned this Ford into a feature-worthy Fox flyer.

Until 2003 we'd only seen the Fairmont in its well-worn trim so we were shocked when the green machine rolled out at the FFW Houston event with a snazzy facelift. "I've run in True Street since 1999, but finally decided to get the car cleaned up," added Sharer. And for his dedication, we selected his car for the True Street Editor's Choice award. In addition, it was the first time we saw the Fairmont with the new single turbo setup.

For three years Sharer dealt with the faded factory paint, but he straightened the lines and sprayed the tired body with three coats of factory Jade Green Metallic followed by three coats of clear. Wanting to fly under the radar, the Fairmont retains a stock profile--including the bench seat and flat hood (which is fiberglass). In the name of strength and safety, Mike Duffy Race Cars of Moore, Oklahoma, added frame connectors, a rollcage (color coated of course), and a bevy of Auto Meter gauges, some of which are hidden in the glovebox.

With Sharer strapped tightly in place, the Fairmont weighs 3,175 pounds and has been clocked at 9.86 at 138 mph. However, Sharer is in the process of swapping out the 2,300-rpm torque converter for a looser 3,200 model in search of quicker times.

"I wanted a cheap and unique car that was quick and would turn some heads. I got bored with the twin setup so I switched to the 83mm turbo and a larger down pipe. More recently, though, I went with a Majestic Turbo T-76 compressor and a 5-inch down pipe. And when I get the converter sorted out it should make 15 psi and run 9.50s at 140 mph." 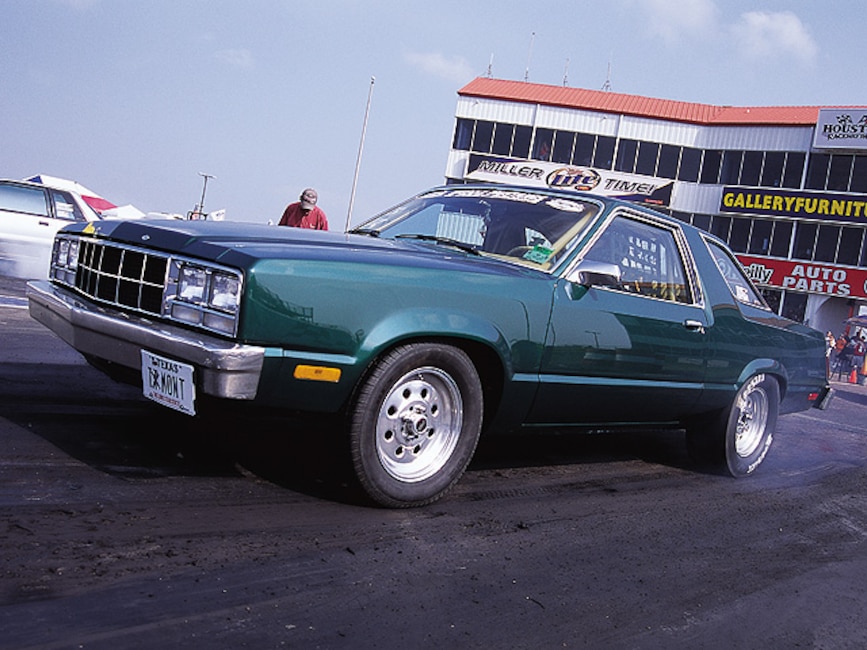 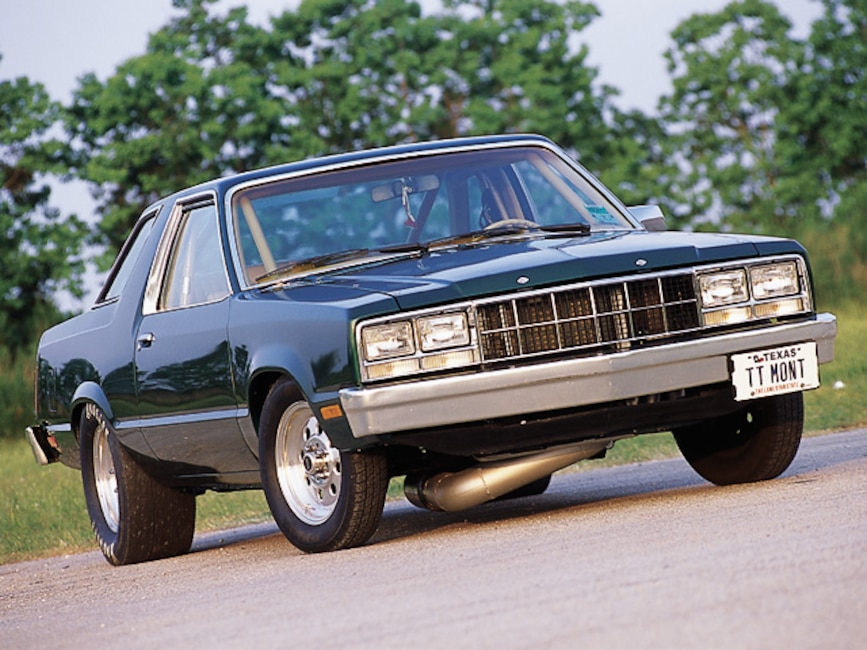 Bryan Sharer's '78 Fairmont Futura has a cool stance, but it doesn't necessarily look like a 9-second player. Nevertheless, some may question the monster 5-inch down pipe hanging under the nose. 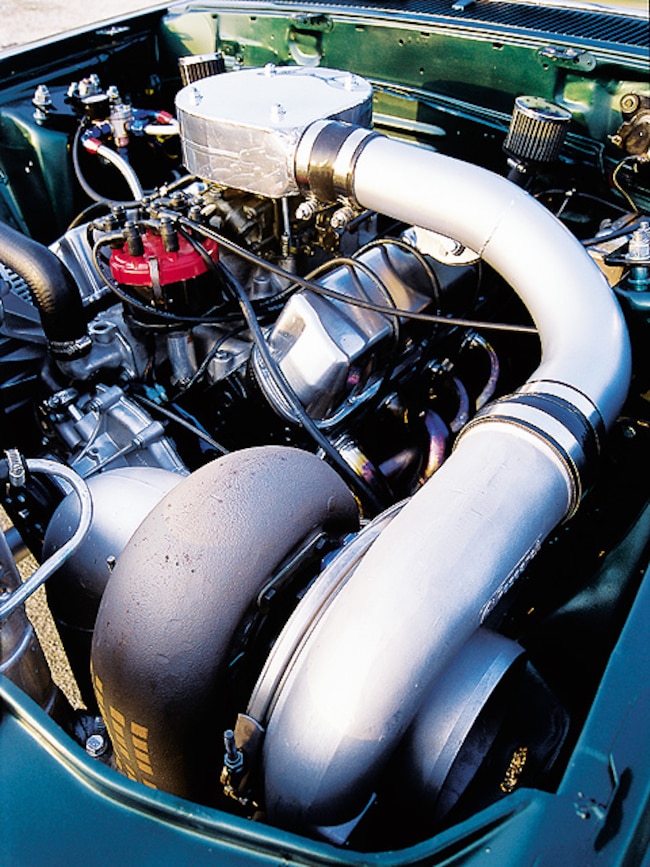 Stock-block 302 sports 9:1 pistons, E-303 cam, and is topped with World Products' Windsor Sr. heads along with a Weiand X-CELerator intake and a Holley 600 Double-Pumper. During this photo shoot the Ford wore an AiResearch 83mm turbo and homemade inlet system, but that was recently swapped for a Majestic Turbo T-76 compressor that makes 15 psi. 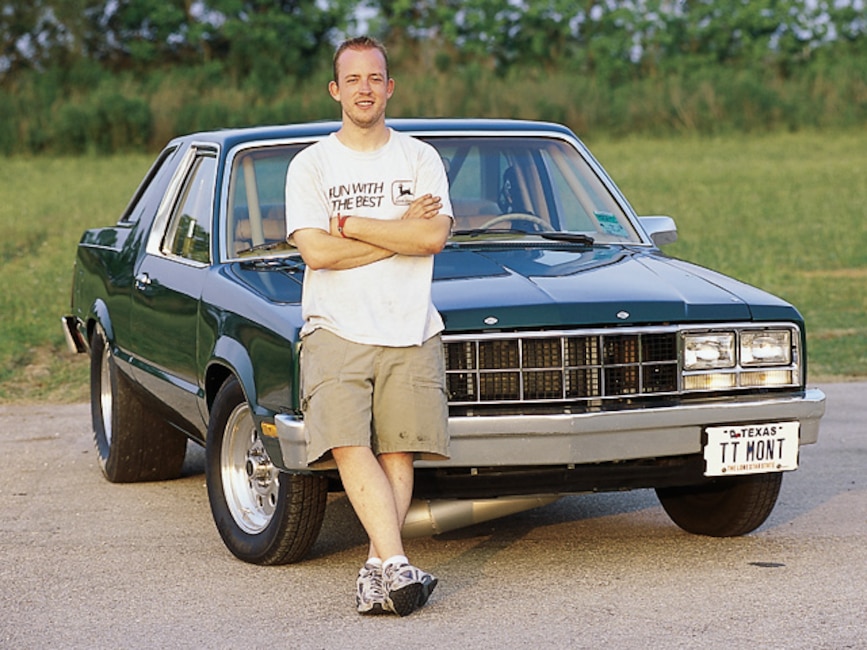 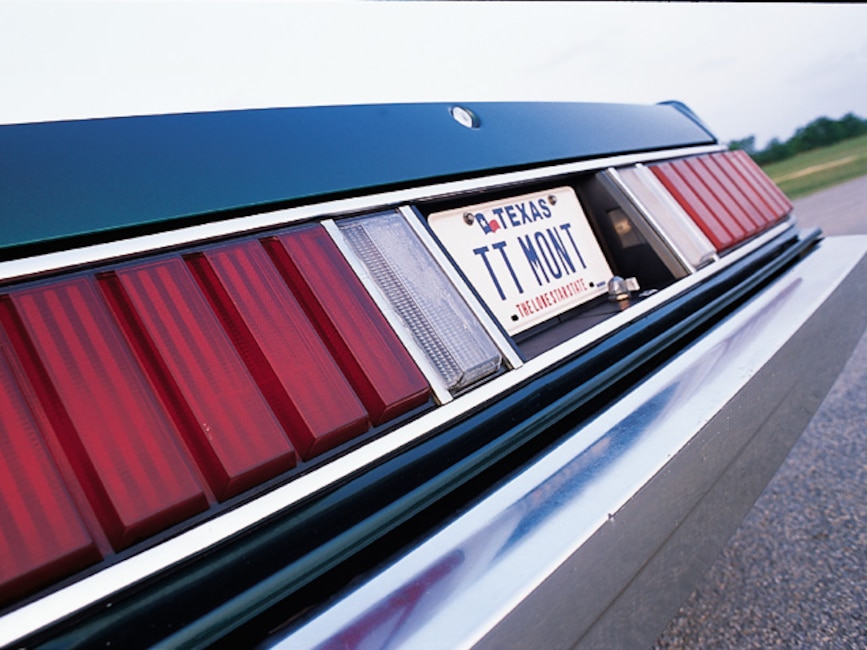 He loves the styling so much that he is preparing another for his wife Carrie. 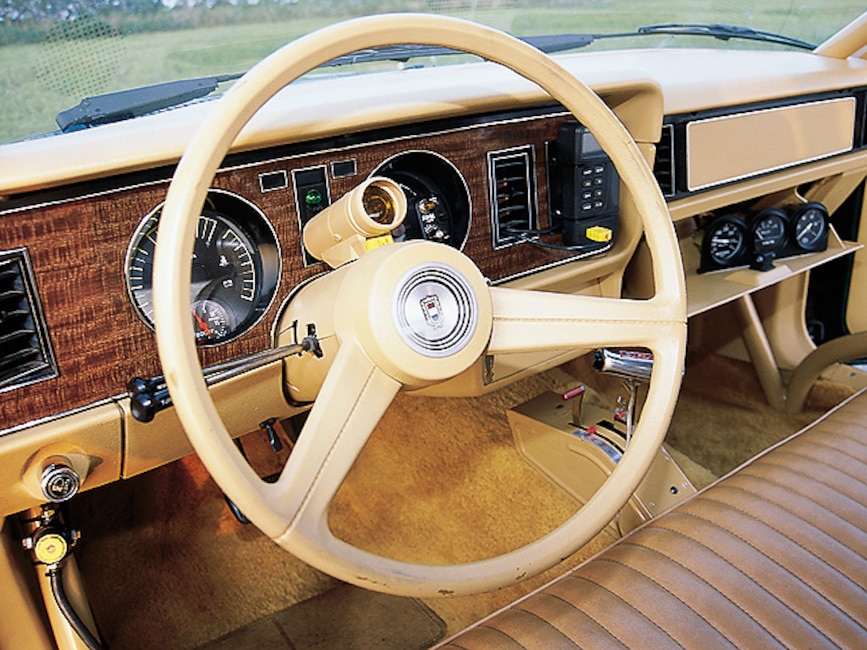 An Auto Meter tach hides in the stock speedo pod while a boost gauge was stuffed on the opposite side. 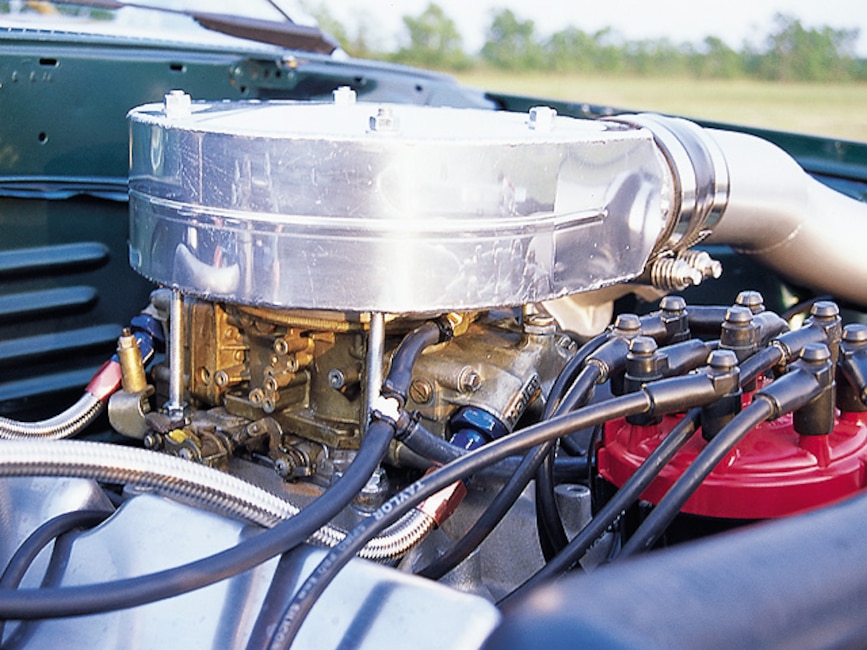 A custom aluminum carb bonnet seals to the top of the Holley carb. Fuel is fed by a Mallory pump at 7 psi, is regulated by a Mallory regulator, and is bumped up 1 pound per every pound of boost. 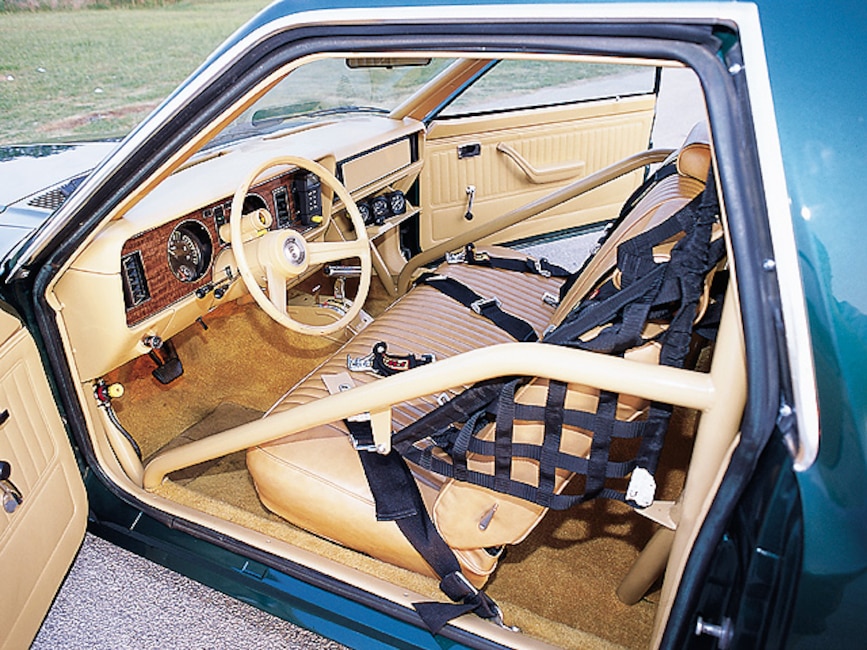 Staying true to the sleeper theme, Sharer painted the rollcage to blend with the tan bench seat, dash and carpet. 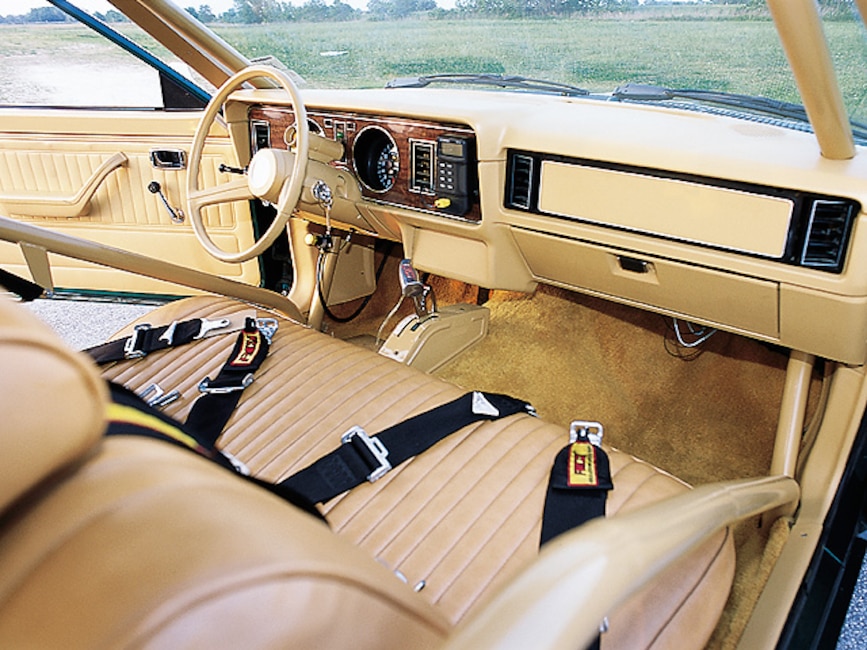 A new ACC carpet was laid into place and then Sharer handled the small details like painting the shift light and shifter housing to blend in. 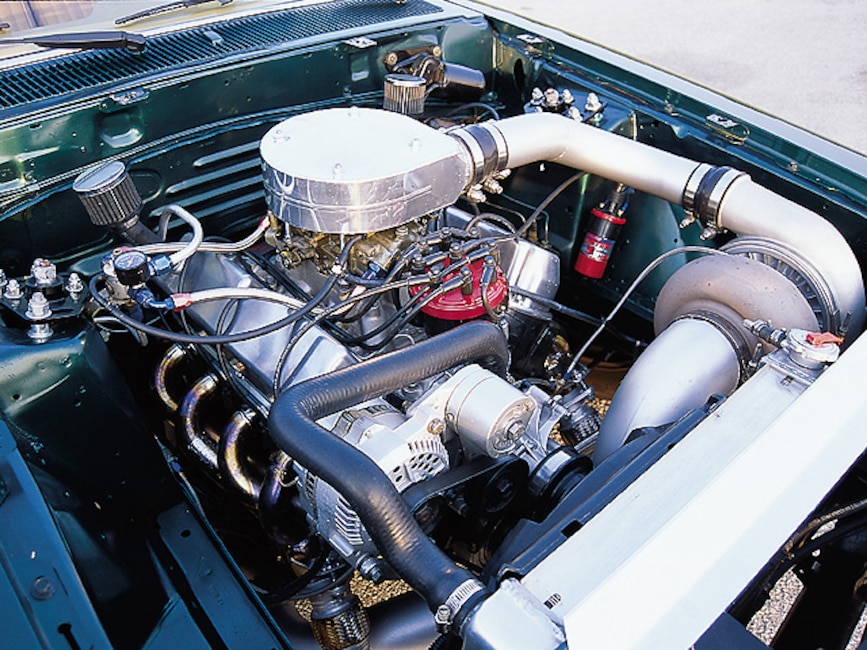 Upwards of 15-psi is pumped through the Holley 600 DP carburetor that's been modified with a milled choke horn, jet extensions, and solid floats. In addition, Sharer applied epoxy to the choke linkage hole. Ignition is from MSD and fires the Autolite #23 plugs, which are gapped to .030 inch. 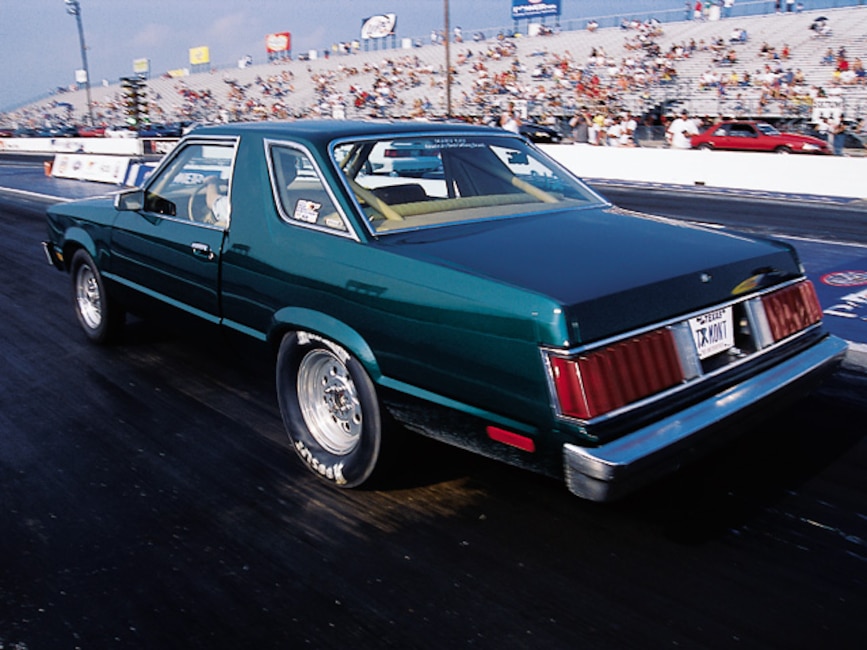 The Ford Fairmont is one of those vehicles that people tend to forget as its life span wasn't that great. However, we got ahold of this 1979 Ford Fairmont beautifully restored by Late Model Restoration Supply, LRS, and its owner. - Muscle Mustangs & Fast Fords