Mustangs of the 2017 Hot Rod Power Tour, Indianapolis, IN to Bowling Green, KY 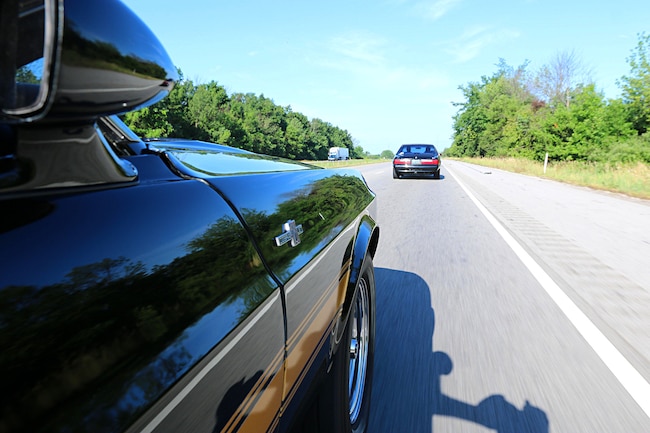 And it’s a wrap. The 2017 Hot Rod Power Tour has come to a close after a hot but legendary drive from drag racing’s hallowed ground of the Lucas Oil Raceway in Indianapolis, Indiana to Bowling Green, Kentucky, home of Holley, Western Kentucky University, and this author’s all-time favorite dragstrip, Beech Bend Raceway.

Because the Power Tour is too massive for Beech Bend to contain all the cars and vendors, this year’s finale was held at the airport just down the street from Holley HQ, and it was packed. It’s too early as we write this to get any concrete participation numbers for this year’s Tour, but after decades of Power Tours and car show/drag race promotion, we can tell by the looks on the faces of those in charge if an event is a success, failure, or somewhere in the middle—the faces on the Power Tour organizers told the story of rousing success for the entire Tour, but especially the finale in Bowling Green. Another indication was the long lines for the Long Haulers to receive their metal Long Hauler signs and goodie bags, and the fact that the sun was heading over the horizon as the cars were leaving the grounds.

After a week of Tour, we’re beat but have developed memories that will forever be in our conscious. If you’ve never done the Power Tour, get your Mustang or Ford running and attend next year. You have 365 days (well, 360-ish by the time you read this), so hammer the TV remote to pieces, put the phone on silent, and get your butt out to the garage and get busy preparing your car for the 2018 Hot Rod Power Tour. You won’t regret it.

We want to extend a huge, enormous, aircraft carrier-sized thank you to Ron and Trudy Dickerson and Mustang Monthly contributor Dave Stribling for providing our awesome chariot for the last leg of the 2017 Hot Rod Power Tour.
Dave did some work on the Dickerson’s 1969 Shelby G.T. 500, and his handiwork paid off.
An hour in stopped traffic, in 95-degree heat, to cross a bridge over the Ohio River that was under construction didn’t faze the 428CJ engine at all.
Dave never shut it off and the temperature gauge never moved off the middle mark.
Praise the Lord for electric fuel pumps (no vapor lock).
And big electric fans.
After a long and hot, but totally enjoyable day, we made it to Bowling Green where Dave did his best Mary Tyler Moore impression.
The end of the line. The Power Tour is over for this year. Now time to get home and start on the mods for the 2018 Power Tour.