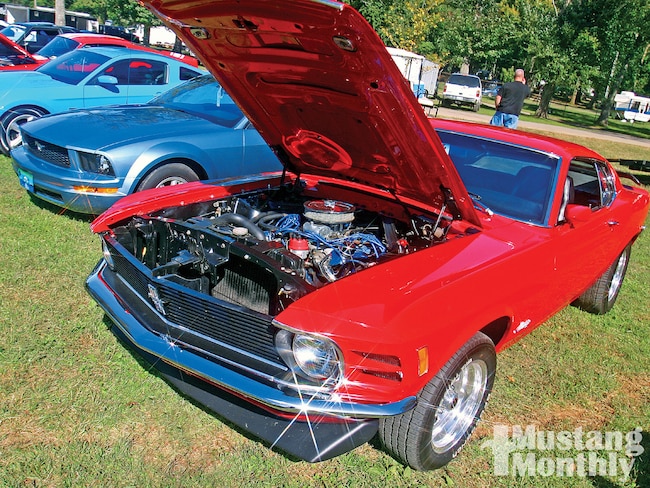 The NMRA completed its regular season on October 1-4, 2009, with its Nitto Tire World Finals at Beech Bend Raceway near Bowling Green, Kentucky. While the racers wrestled for season championships and bragging rights on the Beech Bend quarter-mile, the Show and Shine portion of the event attracted some of the nicest Mustangs and Fords from all around Kentucky and neighboring states. The Beech Bend park offers a beautiful location for a car show, which was hosted by the Bowling Green Mustangs car club.

As a side note, UPR Products has signed on as the Show and Shine sponsor for the 2010 NMRA season. Watch our events column for next year's NMRA schedule. 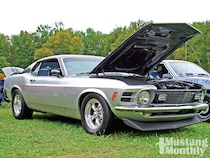 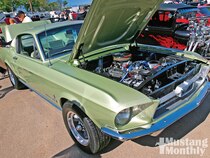 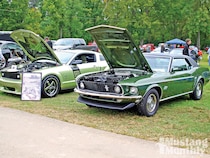 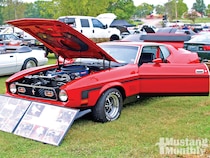 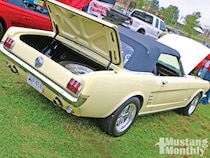 Editor's Choice
It was May 1974 when William Ray Woehler's father called to tell him about a '67 GT500 fastback for sale. "I wasn't too familiar with Shelbys back then," William says today. "I just knew it was a fast Mustang."

William ended up buying the seven-year-old Shelby for $2,000. "My wife drove it during her last four months of high school," he says.

In 35 years of ownership, William has been through a lot with his Shelby. In the 1970s, he replaced the original 428/automatic drivetrain with a Holman-Moody 427 Tunnel Port engine and four-speed, eventually running 11-second elapsed times at up to 145 mph. A rules change at the dragstrip convinced William to retire the Shelby from active drag racing duty, so he yanked the 427 and dropped the 428 back in its rightful place. The four-speed is still in the car, with the original automatic still tucked away for safekeeping in the barn.

Retired from Ford's Louisville, Kentucky, assembly plant, where he worked in the major paint repair department, William says he has painted the Shelby three times over the years, twice in different colors. For the most recent repaint, he took the Shelby back to its original Lime Gold Metallic color.

William says winning the Mustang Monthly Editor's Choice award at Bowling Green added to an already special occasion. It was his birthday, plus he was joined by much of his family, including his two sons and their families and his brother. "It was a fantastic weekend," he says.