It's been a long time, but I remember when Mustang Monthly had never been to the Pacific Northwest to cover a Mustang show. Most of the hot spots were in the East, Southeast, Midwest, and occasionally California. When we attended our first Mustangs Northwest Round-Up some 15 years ago, it was a renaissance. The sheer number of Mustangs and Fords at this event was mind-boggling. There were at least 1,000 cars the first time we went. Even better, we unearthed some of the finest restorations we'd ever seen, all in a cozy suburban Seattle location known as the Bellevue Community College.

That was then, this is now-only now is better. The Mustangs Northwest Round-Up event gets bigger every year, with car counts that continue to climb. Pony Trails, which takes us to some pretty groovy spots in northern Washington State, hauls down around 400 cars every year. This year, there were 320, a bit fewer than normal. Ninety cars showed up at the racetrack, which was higher than normal. What opened our eyes most were the two shows-the Mustang concours-judged show on Saturday; followed by Sunday's People's Choice event, which attracted 1,300 cars. Even Steve Saleen was on hand to rub elbows and sign autographs.

The Round-Up takes people from all over the West and brings them together for four days with a tapestry of events. The first day, you can take your Mustang onto the racetrack at the Ride-n-Drive for a quick test of driving skills and vehicle performance integrity. It's great fun at high speed in a safe environment.

Pony Trails got its start in Seattle and became the largest Mustang driving event in the country. Because the Pacific Northwest is shrouded in clouds and rain for nine months of the year, these folks take their driving pleasure seriously. Seattle's Pony Trails allows you to take in some of the best scenery in the country-round the curve and come face to face with Mount Rainier, a sleeping volcano that rises to 14,000 feet.

The heart of the Round-Up isn't any one thing. You could say it's the Sunday People's Choice car show-which draws more people than Pony Trails, the open track event, and concours show combined. The People's Choice car show isn't just about Mustangs-but all things Ford-making the Mustangs Northwest Roundup alive with Ford's rich history.

For more information, including dates for next year's show (typically in mid-July), go to the Mustangs Northwest Web site at www.mustangsnorthwest.com. 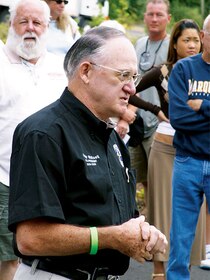 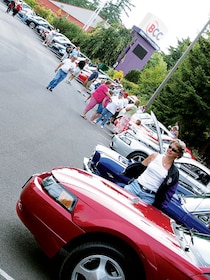 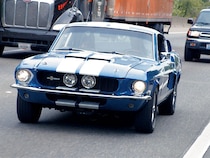 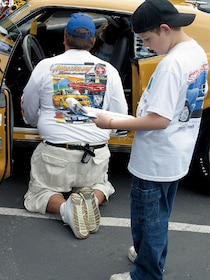 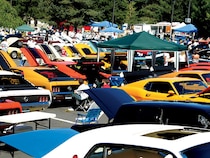 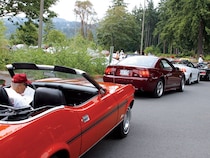 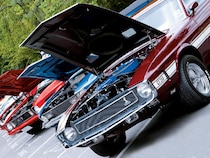 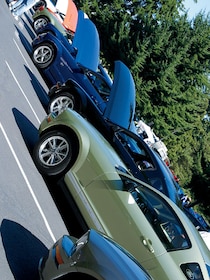 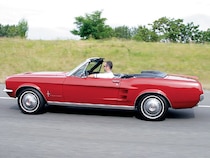