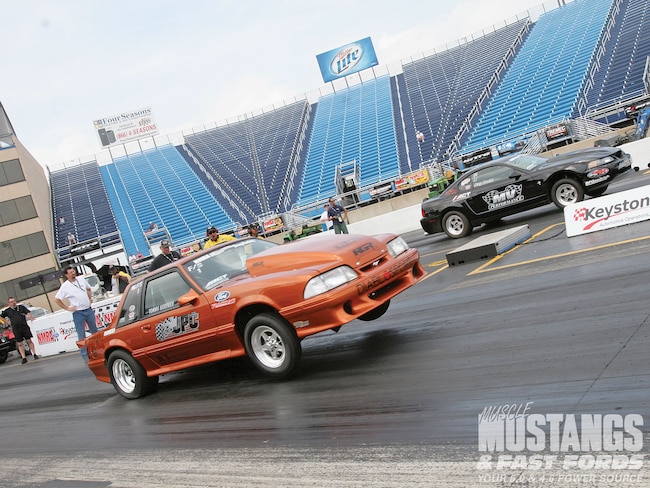 Every year, the NMRA and NMCA roll into Route 66 Raceway in Joliet, Illinois for the Nitto Tires NMRA/NMCA Super Bowl of Street-Legal Drag Racing. The joint event brings racers from both organizations together on the same weekend, but also plays host to a race within a race.

The Super Bowl of Street-Legal Drag Racing pits the event winners from each series against each other for bragging rights and the coveted Super Bowl rings. The 2010 event marked the fifth time the NMRA and NMCA have faced off, and coming into this weekend, the score was tied at two wins for each series.

The 5th Annual Nitto Tires Super Bowl of Street-Legal Drag Racing was truly an amazing spectacle for those in attendance. The car counts were high, the show was huge, and the midway gave everyone a chance to check out the latest aftermarket performance parts for late-model and classic American muscle.

As the action on track heated up, so did the action in the pits. Reggie Burnette Jr., the 2008 Exedy Racing Clutch Modular Muscle champion, struggled with mechanical difficulties through the first half of the weekend. Reggie's '00 Mustang GT was down with a broken ring gear after only the first pass. Reggie and his crew battled to get the car together in time for qualifying, only to come away with a broken transmission. After assessing the damage, the Rougemont, North Carolina-based team swapped the broken tranny and went on to win the event. Reggie even took home one of the coveted Super Bowl rings! 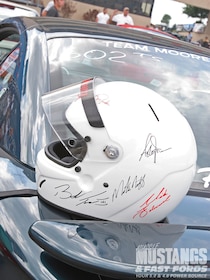 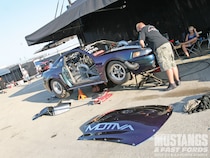 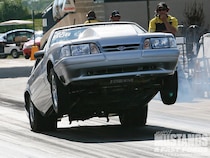 In the Turbonetics Pro Outlaw 10.5 pits, Conrad Scarry came into Joliet with a fairly sizeable lead in the points. Despite winning the first three events of the 2010 season, the Scarry Crew has been plagued with cylinder-head issues all year. Midway through the weekend, Conrad thought the gremlins might have returned, but the crew kept the Mustang running strong. As they thrashed to get the twin-turbo Mustang back together for the finals, Scarry was pumped to be in his fourth final round of the season. Unfortunately, Mike Murillo of San Antonio, Texas, put an end to Scarry's winning streak, taking his first win of the 2010 NMRA season.

During a double event, some of the Saturday activities are moved to Sunday to accommodate the first rounds of racing. Normally held on Saturday morning, MM&FF's True Street class kicked off in the early afternoon during Sunday's eliminations. Forty-four True Street cars took to the cruise around the grounds at Chicagoland Speedway. The neighboring NASCAR tri-oval played host to the Richard Petty Driving Experience, so True Street competitors took the scenic route around the outside of the track. Participants also got the chance to see the NASCAR pits and garage area on the 30-mile cruise. Of the 44 racers in True Street, 33 were Mustangs. Once the three passes were complete and the e.t.'s averaged, Philip Delaney of Bartlett, Illinois, took home the top prize with his '86 Mustang and a 9.73-second average. 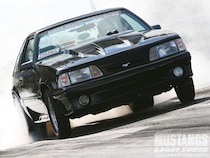 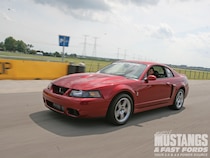 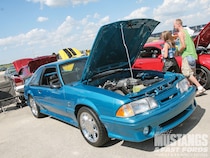 After the final rounds were complete, the winners from the NMRA and NMCA rolled back into the lanes. This time they were racing as a team, battling the NMCA winners. Each match-up was tallied and whichever side came away with more wins took home the Super Bowl rings and bragging rights for the year. As the races began, neither side took a commanding lead. With 8 of the 12 runs complete, it looked like the Super Bowl could go to either series. In the end, the NMRA won 7 of the 12 races, making them the 2010 Super Bowl of Street-Legal Drag Racing Champions.

There is no shortage of excitement when the NMRA and the NMCA comes together. A great blend of classic and late-model American muscle truly makes for an amazing weekend. If you ever have the chance, we highly recommend checking it out for yourself. 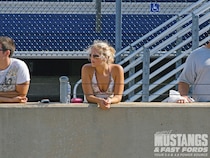 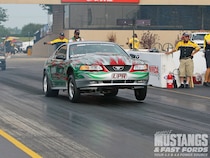 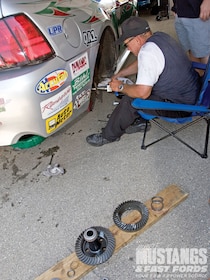