Michael Galimi
December 19, 2005
WINNER
ProCharger racer Don Shobe took the Super Street Outlaw win, breaking the string of non-supercharged SSO class winners that dates back to the last race in 2004. Shobe is deadly on the racetrack, with times in the 7.60 zone and speeds around 184 mph.

The NMRA tour stopped at National Trails Raceway in Columbus over Labor Day Weekend--a time when Americans are supposed to take it easy. But for several hundred racers, it was hardly a weekend of rest. Don Walsh Jr. may have lost to newcomer Burt Kelkboom in the finals of Pro 5.0, but he walked away with this third straight series title. The Columbus edition of the NMRA schedule also saw the emergence of the Drag Radial category. The DOT-tire-restricted racers attempted to apply 1,200 hp in a mid-eight-second battle.

Columbus fans also witnessed the first victory for a blower car in the Super Street Outlaw category in 2005, an interesting stat considering the blower combo was so dominant last season. This year, the nitrous and turbo racers were responsible for the first seven class wins, with the eighth final round going to the ProCharger-blown ride of Don Shobe. Despite losing the final round of competition, Manny Buginga clinched his first Super Street Outlaw title during this event.

In a surprisingly rare finish, Mike DeMayo outran Charlie Booze Jr. in the finals of Hot Street. DeMayo sported a brand-new Roush Racing bullet under the hood, and it pushed his LX into the eight-second zone and a class victory. In addition to the NMRA's normal lineup of heads-up cars, bracket categories, and show car classes, MM&FF teamed up with Nitto Tires to bring an '05 Mustang Shootout to the Columbus race. The results and rundown on that free-for-all can be found in the February 2006 issue of the magazine. 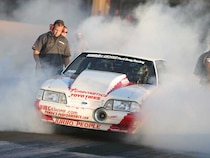 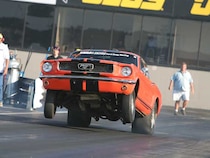 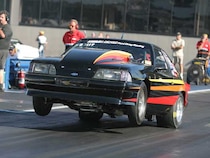 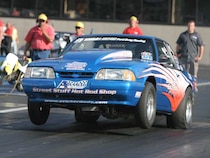 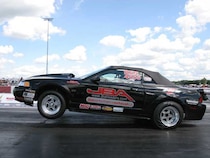 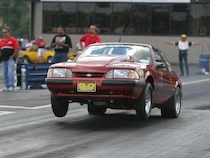 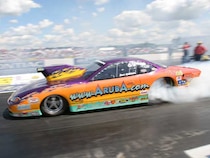 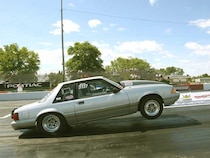