Michael Johnson Technical Editor
May 1, 2003
This young lady tried the Steeda race car on for size. It looks as though the seat could use some adjusting, but what a weight savings.

Horse Sense:
Have you ever wondered what the distance would be if you lined up 200 Mustangs? According to Steeda, the answer is three miles. That was the length of the 200-Mustang-long caravan from Steeda's Pompano Beach, Florida, location to Moroso Motorsports Park, which is a 38-mile trip along the Florida Turnpike.

We can't think of a better way to warm up our neighbors to the north than the thought of drag racing under blue skies and palm trees. By the time this issue hits northern newsstands and mailboxes in mid-March, it's likely bitter-cold temps will still be part of everyday life. Fortunately, here in Florida we can race all year long, with most tracks closing down only for the Christmas and New Year's holidays so employees can take some vacation time. But in October all tracks are a go in Florida, and each year Moroso Motorsports Park hosts its Ford Power Festival to cap the year in Ford racing.

For the '02 event, Mustang racers chose from two heads-up classes: Street Outlaw and Street Ford. The Power Festival's Street Outlaw class is similar to the NMRA's Super Street Outlaw class, while Street Ford is a radial class. The Ford Power Festival is all about entertainment, a signature of Moroso Motorsports Park. In addition to the Mustang drag racing, there were drag-race snowmobiles, jet dragsters, the Superwinch wheelstander, and Steeda's Stampede, which consisted of more than 200 Mustangs cruising together from Steeda's Pompano Beach, Florida, headquarters to Moroso. The results in the heads-up classes won't be difficult to figure out once you hear the names, but for the full skinny on the event, check out the captions.

Both veterans of these pages, Mike Saponara and Jon Anderson did battle in Street Ford, but both fell short of going rounds. Of course, once the UPR car came through Moroso's gates, not many people were picking against it. Mike took part in the Steeda Stampede and drove the GT from Steeda to Moroso. Along the way, a couple crotch rockets took on the Paxton-blown GT in a little impromptu speed showcase up the Florida turnpike. Both bikes were Yamaha R6s, but one of them had nitrous. The nonjuiced bike stepped up first, only to see nothing but taillights. Up jumped the juiced R6. It didn't fare much better as Mike's car has run a best of 9.40 in the quarter-mile on slicks. At Moroso on Mickey Thompson ET streets, Mike was running high nines at more than 140 mph with a car he usually drives every day. 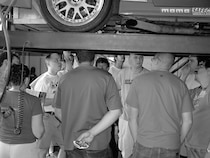 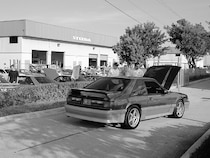 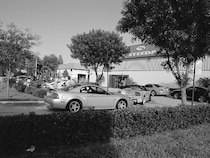 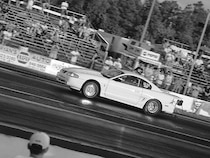 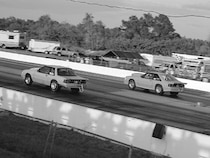 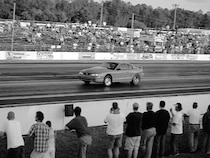 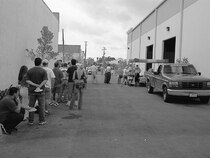 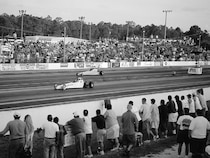 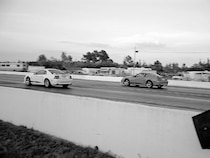 South Florida Mustang owners are known for their show-ready rides. Dwayne Blackwood of Lake Worth is one such Mustang fanatic who gets his kicks from detailing his '89 GT and outfitting it with all the latest stereo equipment. Sponsored by Phoenix Audio, Dwayne's still not done with the upgrades, but once the Dodge Intrepid-hued GT is finished, you'll be able to see it in all its glory in this magazine. While we don't have enough room here to tell you all the details on this car, we're sure we can fit it all in a four-page color feature. Don't forget to call us, Dwayne.