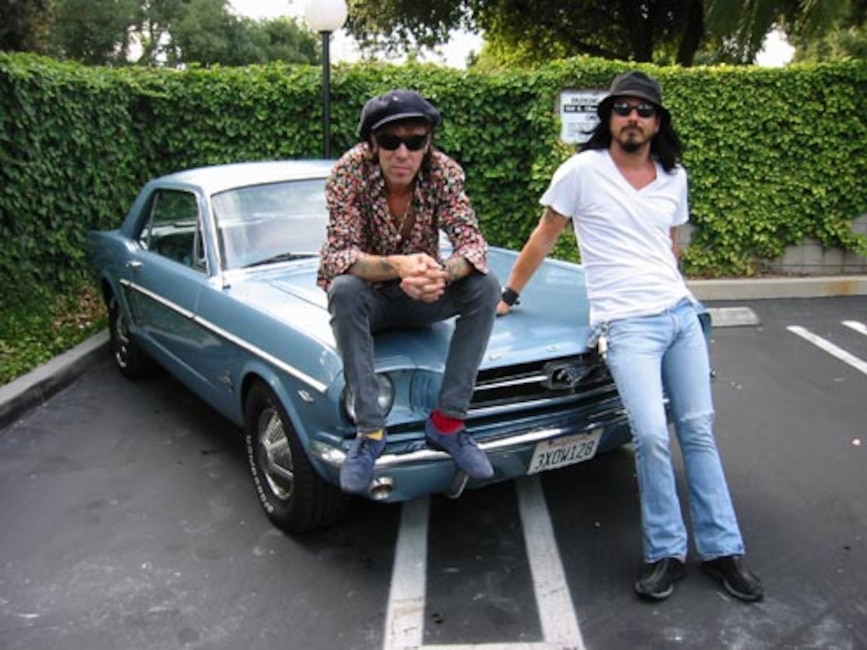 Col. Parker, the new rock and roll band whose debut album "Rock & Roll Music," will be released on October 23 on V2 / Icon Records, is giving away a 1965 Mustang to launch the band's debut CD and to kick off their website www.colparker.com. The contest runs through November 15, 2001.

The 1965 electric blue Mustang, dubbed "The Colonel" by the band, features a 289 c.v. engine and a state-of-the-art stereo CD player. Contestants will have the opportunity to win this classic automobile, with a "Rock & Roll Music" CD in the player, by visiting www.colparker.com. Contestants must then agree to all contest rules, click on MP3, and listen to three songs that are being released in advance of the album. Then, they must correctly answer three trivia questions related to the songs. After all the entries are in, there will be a drawing to determine the winner.

"We think this a great way to get potential fans to check out our music and at the same time win a really cool car," said Clarke. "Col. Parker is all about returning to our rock 'n roll roots and nothing says rock 'n roll more than a '65 Mustang."