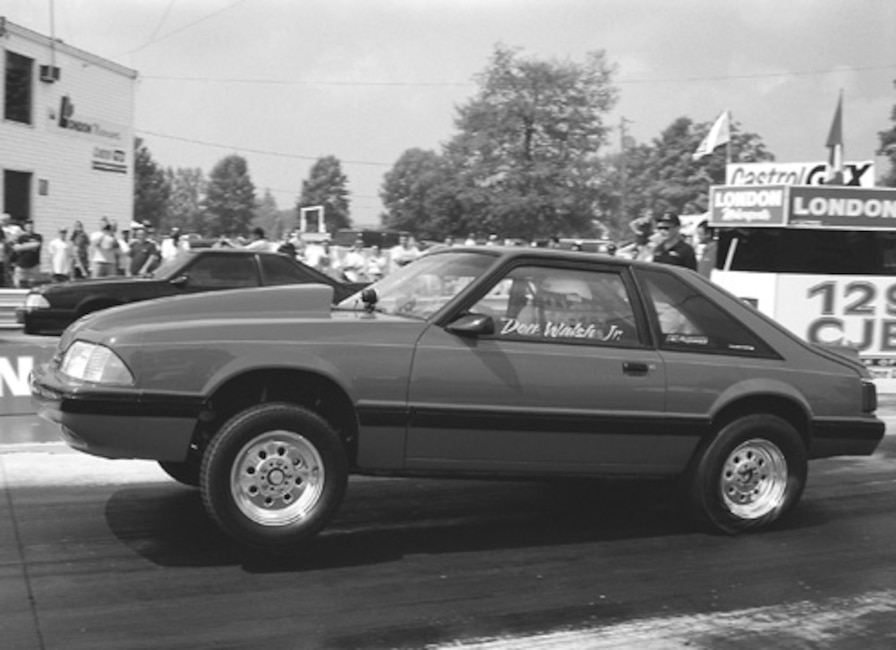 Don Walsh Jr. finished runner-up to Steve Hadobas in 5.0 Super Street, on an aborted run. The launch looked good, though. 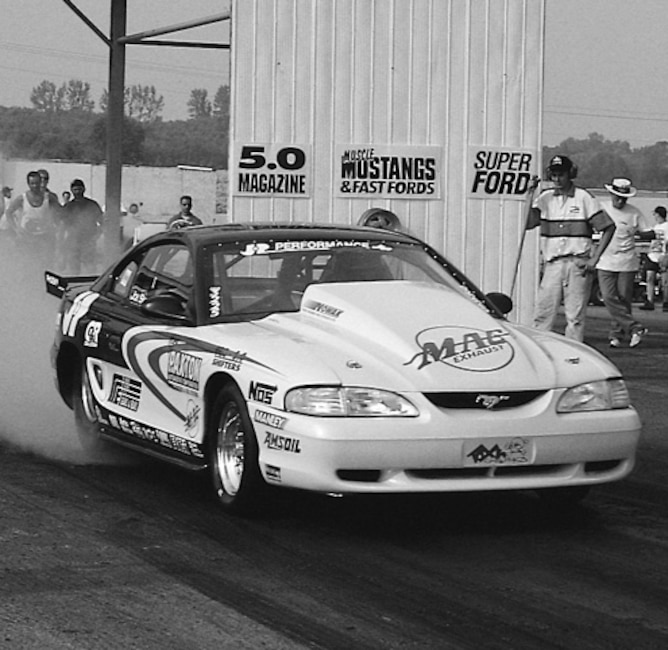 Since it’s bad form to race a car at your own event, let alone win the race, the Silvas just made low–8-second exhibition passes with their beautiful SN-95 car. 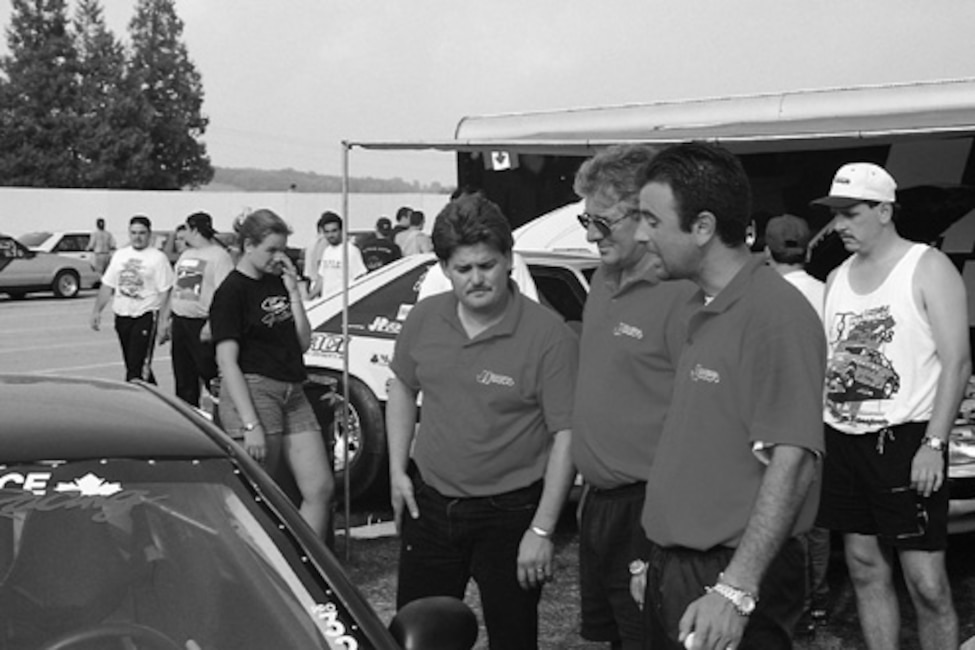 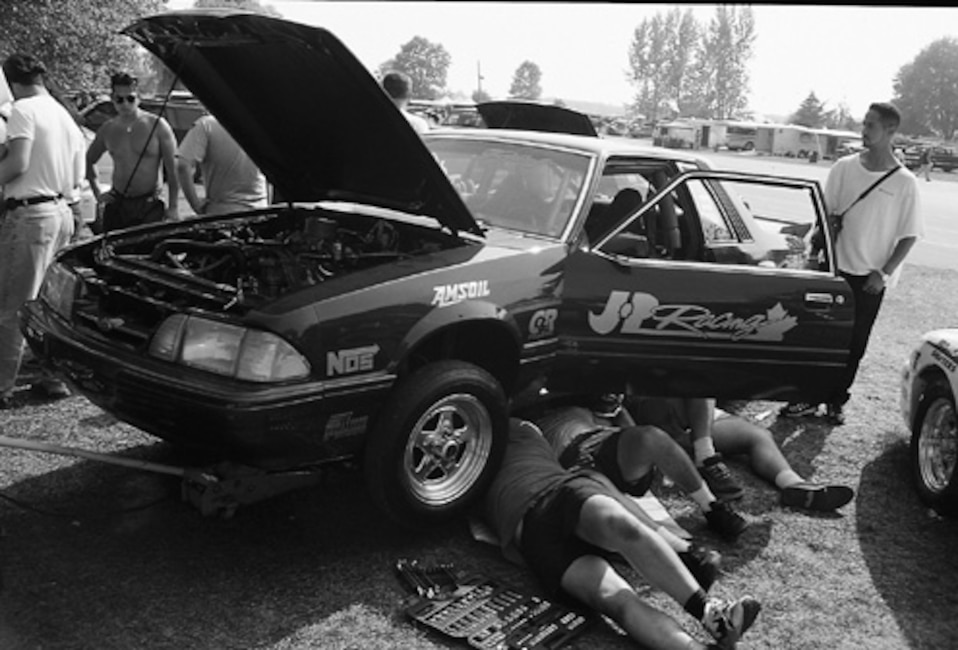 The Silva team’s car had transmission problems, prompting a swap in the pits. 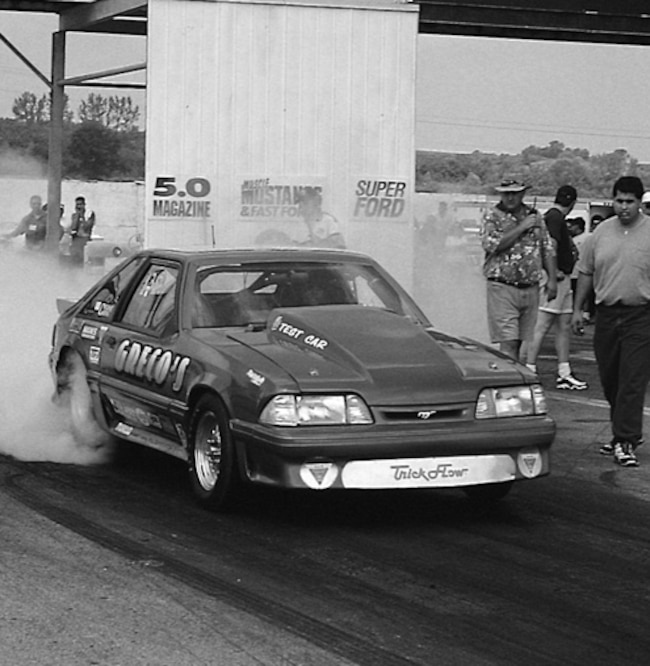 The Grecos recently switched supercharger camps from Paxton to Vortech, and were in Canada to run for the gold. The car was running in the 8.20s, but lost to eventual winner Louie Kovachis. 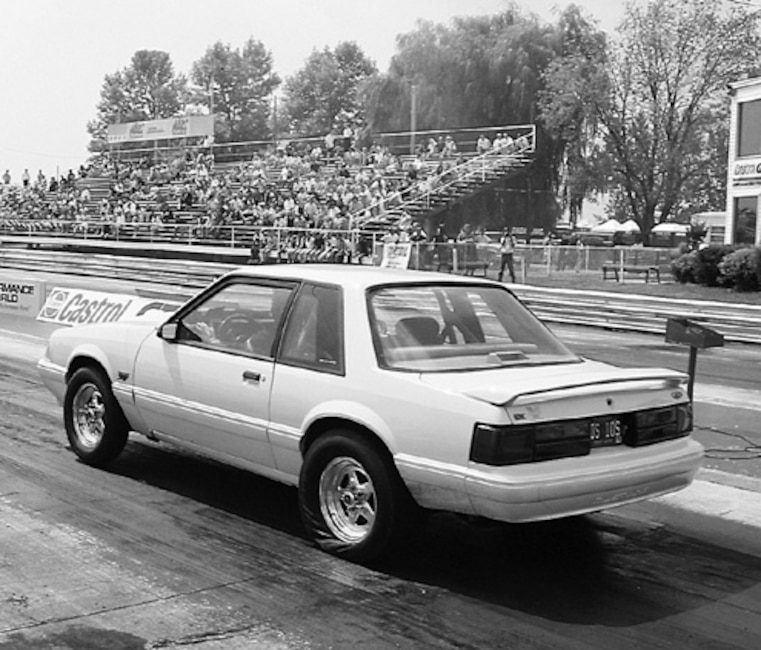 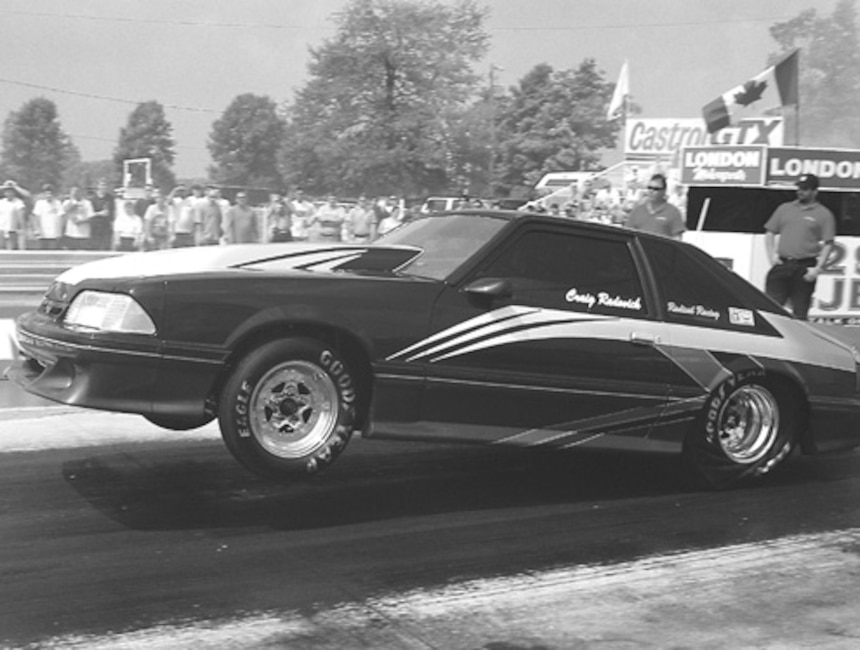 The radical turbocharged screamer of Jon Yates and Craig Radovich wowed the Canadians in Pro 5.0. It ran a best of 8.20 at 168 mph to trailer Junior Ibanez, but lost in the third round to Canada’s own Louie Kovachis. 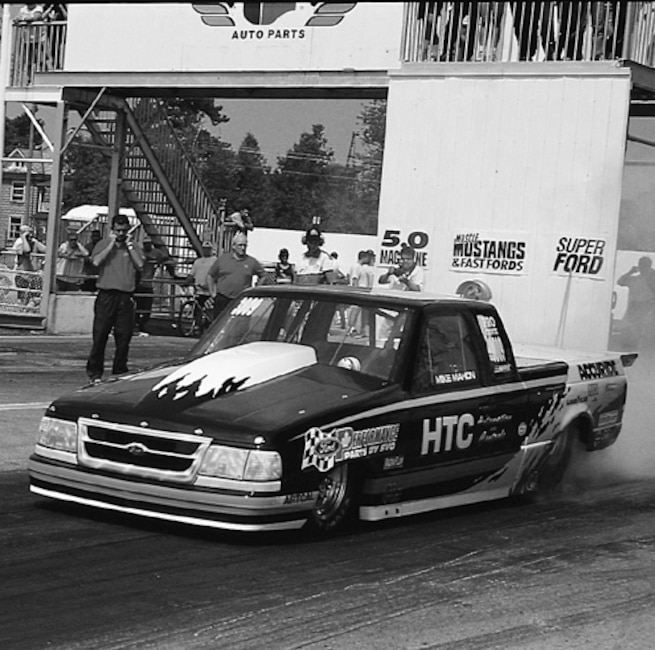 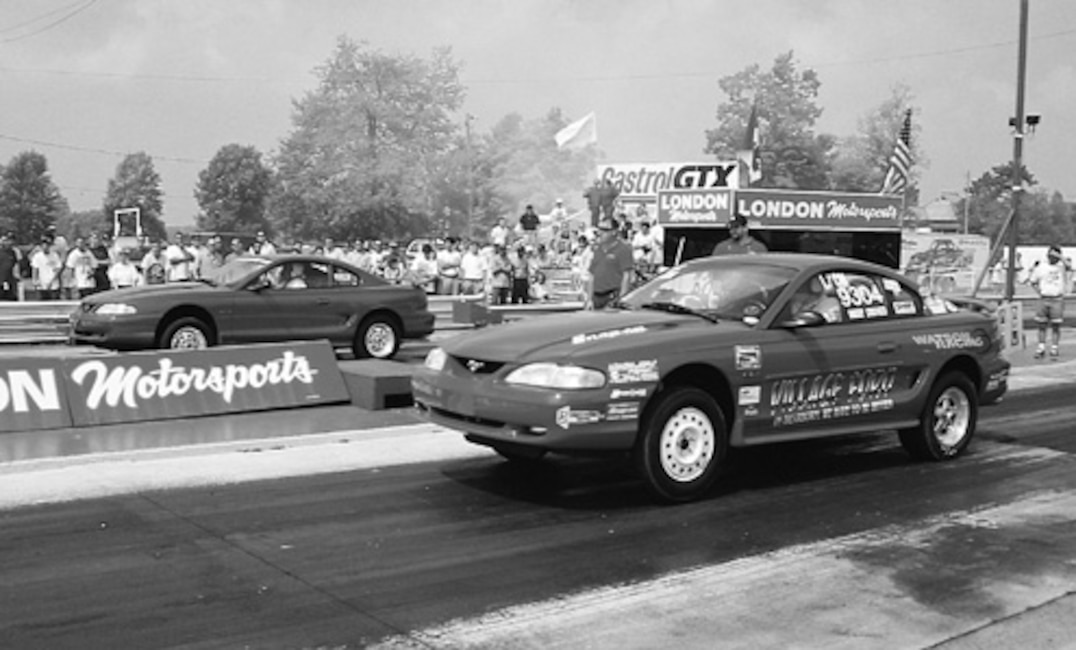 When most Americans think of Canada, they picture things like the Rocky Mountains, the Royal Mounted Police and Niagara Falls. Though Canada is as close as our own border, we know surprisingly little about our neighbors to the north—perhaps because Canada is a peace-loving country that—while having it’s own currency, laws, and language—is similar to America in many ways. They enjoy baseball and hockey, just like we do. Their street corners are littered with fast-food restaurants, just like ours. And their love of 5.0 and 4.6 Mustangs is unparalleled by any country —even our own.

What?! Now, before you start waving the flag and calling us all traitors, consider this—because of the exchange rate, it costs about twice as much to build a fast 5.0 in Canada as it does here. Even if you have the money, parts can be hard to come by and often take weeks, even months, to cross the border.

Because of these issues, it can be damn hard for a Canadian speed merchant to turn a profit selling American-made parts. Yet Joe and Paul Silva of J&P Performance in Scarborough, Ontario, [(416) 751-9766] not only own a successful business, they also put on a damn fine 5.0 show every year—the J&P Performance Shootout at London Motorsports Park near London, Ontario.

Last August marked the seventh such shoot-out, drawing Canadian and American competitors in almost equal numbers. There’s something for everyone—from wheels-up Pro 5.0 cars to brackets, and everything in between. In other words, if you have a 5.0, no matter what configuration, there is a class designed specifically for your car. For example, Sean Hyland Motorsport of nearby Langton, Ontario, sponsored the event’s 4.6 Shootout, a race within a race just for mod-motor mavins. Such notable attendees in this category included John Mihovetz’s low–nine-second Accufab car, the world’s quickest, and Jerry Green’s ’98 Cobra, believed to be the quickest stock Cobra in the country.

Of course, there was also 5.0 Street (sponsored by 5.0 Mustang & Super Fords magazine), 5.0 Super Street, and EFI. For those who simply love the spectacle of 8-second 5.0 Mustangs, there were plenty on hand—the Grecos’ colorful Vortech-blown car; Jim LaRocca’s black ’n bad ProCharger-powered stormer; and Craig Radovich’s awesome, single-turbo terror. The star of the event was Doug Mangrum’s nitrous-inhaling ’88, which ran in the sevens all weekend long. Doug won the event and took home a handsome $4,000 in Canadian prize money, plus $200 for high mph, $500 for low e.t. (both awarded by Watson Engineering), and $500 (Canadian) for being the first legal Pro 5.0 car to break into the sevens in Canada. In all, roughly $28,000 in cash and prizes was handed out in the various categories.

So the next time you think of Canada, it’s OK to picture the traditional icons. But don’t forget the 5.0s—your fellow racers to the north will thank you for it, eh?