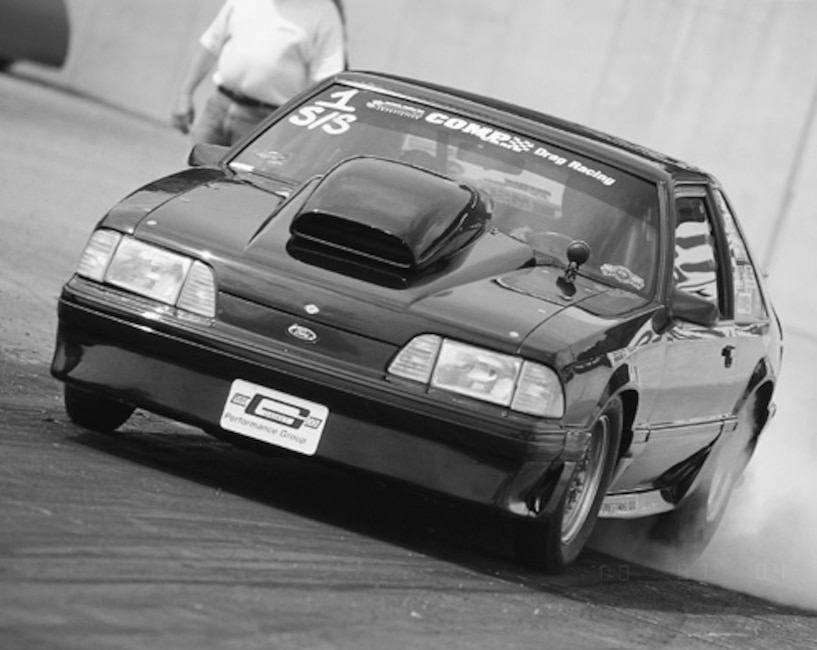 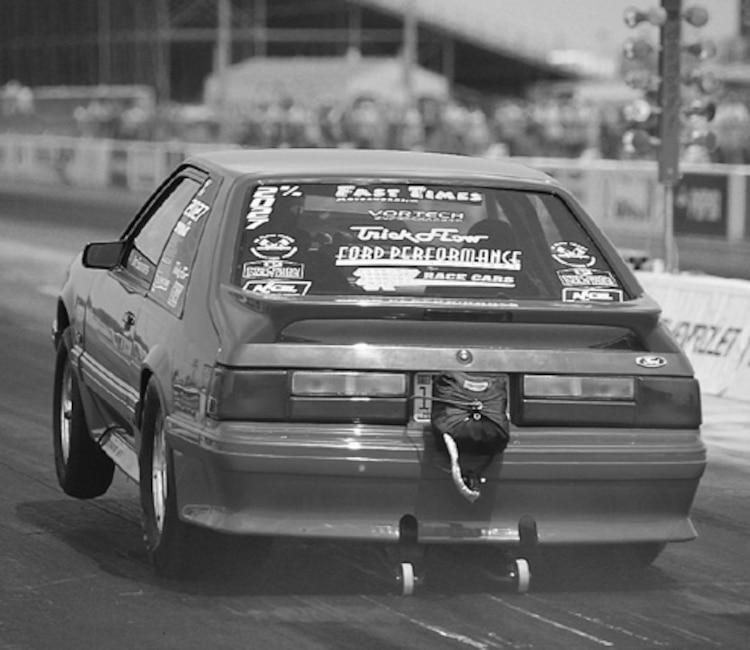 Jimbo “Red Hot” Summers is coming on strong late in the Super Street season. Although so far winless, Summers has aided his cause by a recent switch to the Vortech XX-Trim Mondo and FP Performance SEFI8LO fuel-injection software. 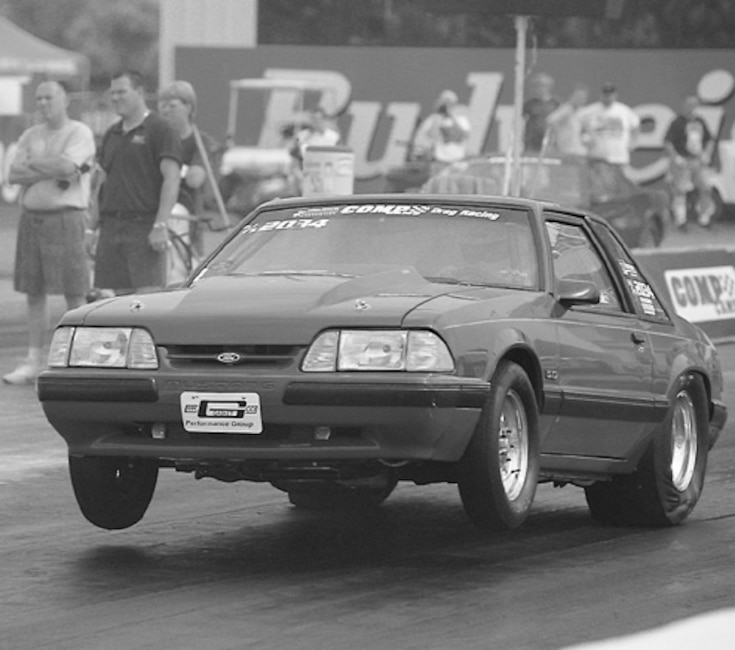 Tommy Z went back to a smaller turbo at St. Louis. Tommy owns TRZ Suspension, so you know his car leaves perfectly. 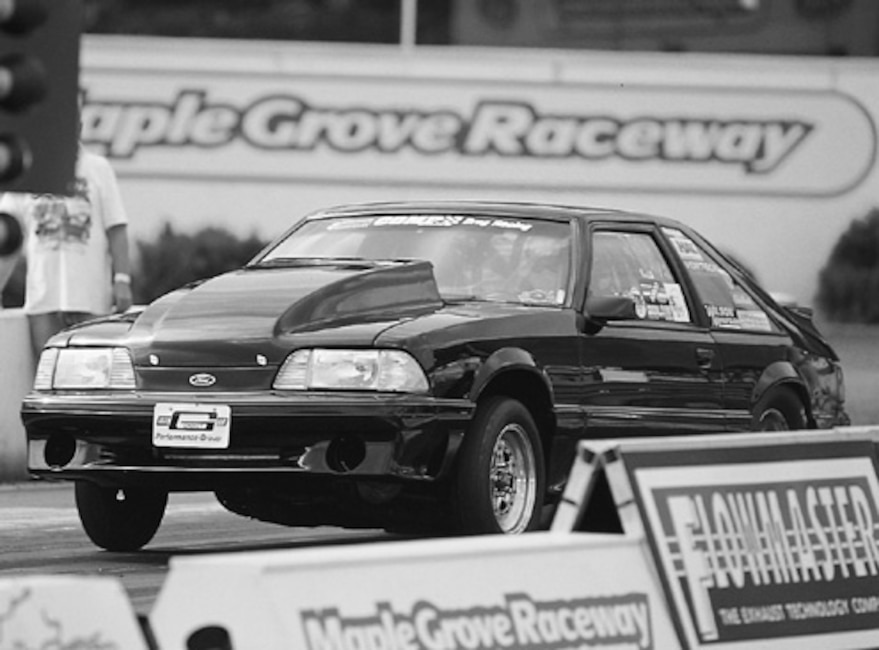 Frustration mounted for the Keens. They’ve got the fastest Super Street car in the field at almost every event, but luck has not gone their way in eliminations. 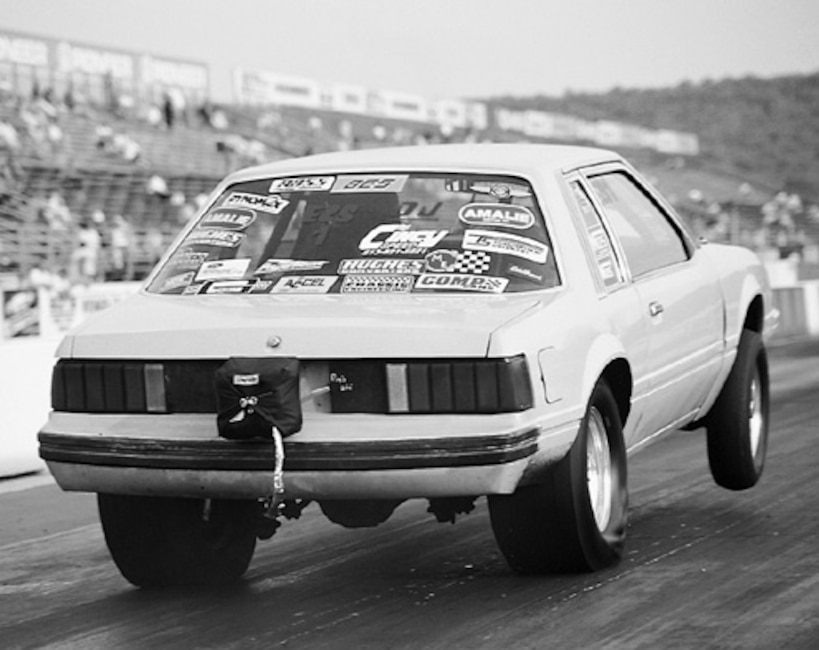 Gary Rohe swapped over to ladder bars and fixed his sick launch. Rohe continued his EZ-Street win-streak with consistent 8.90s. 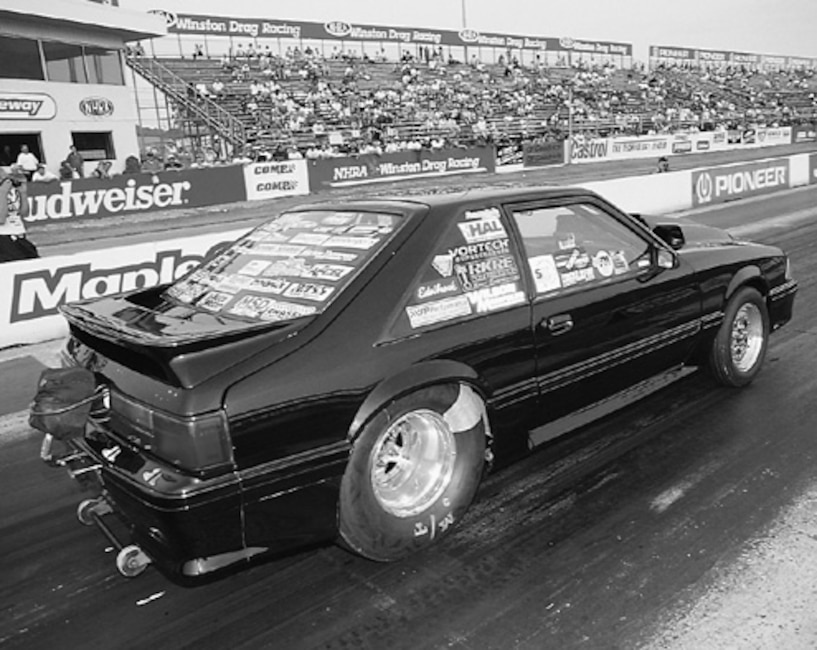 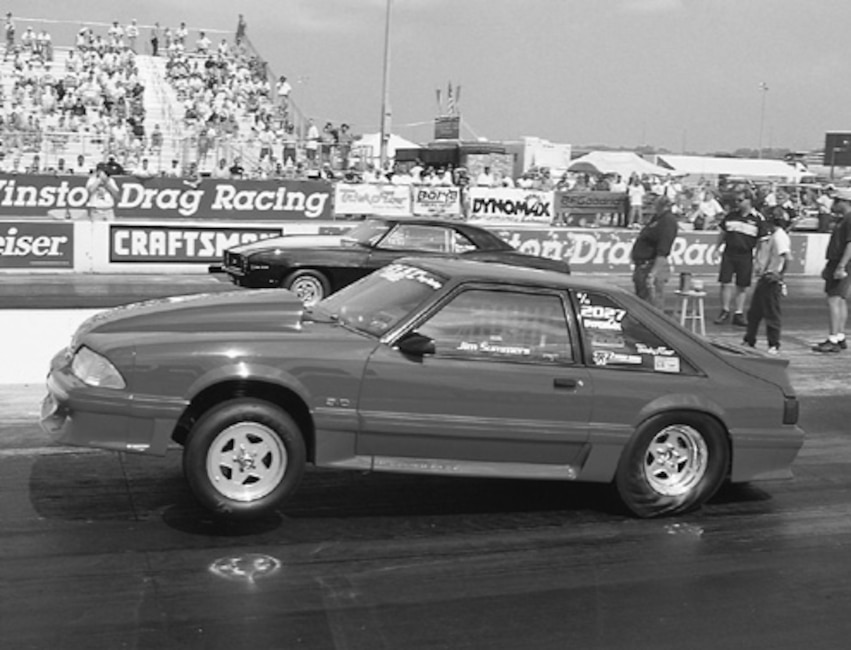 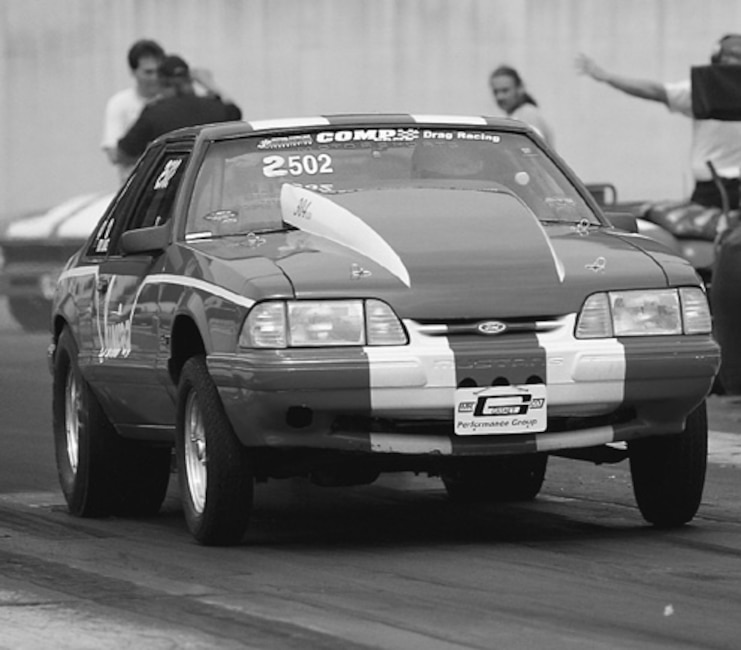 Junior Ibanez rebuilt his coupe to be competitive in the Super Street ranks. Note the bigger 29x10.5-W meats and cowl hood to clear the Vortech Mondo-Cooler. He made an OK showing at Maple Grove, but told the 5.0 staff he is expecting low 8s soon out of the 304ci bullet. 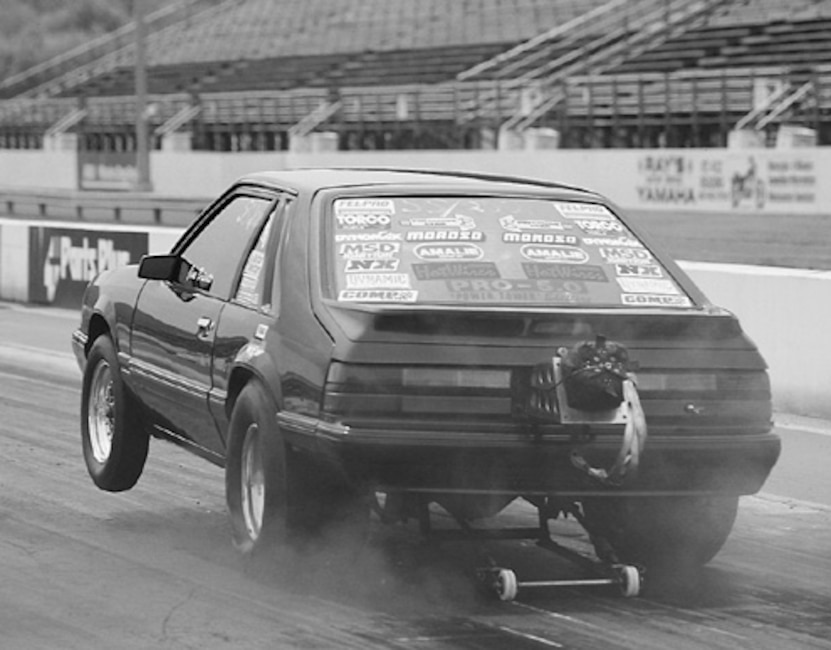 Check out the winner of the Super Street Maple Grove race! Familiar to 5.0 Shootout fans should be the blue LX of Jim and Anthony Briante. Eeking out a win over Glidden put a stamp on the Briante’s first Hot Rod win, coming from their new 400ci, Nitrous Express-fogged powerplant.

Billy Glidden debuted his newly purchased black GT at the Maple Grove (Reading, Pennsylvania) Hot Rod Power Festival, where he was Runner-Up in Super Street. As you should remember, Glidden licked the wall at the St. Louis event because of a suspension failure. Purchased from John Bennett, with a chassis from Alan Dudley and Glidden’s 370ci, five-speed, nitrous combination, the new “bad-in-black GT” responded with a series of 8.0s. Believe it or not, this machine has since gone 7.90s. With such an improved chassis, featuring a state-of-the-art four-link and chrome-moly cage, Glidden will be tough at Memphis.