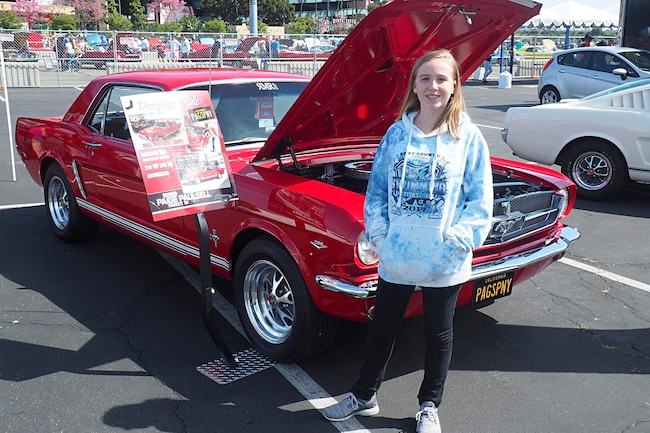 Being from the eastern seaboard, it’s easy to feel spoiled because we have Carlisle. But out in California, consistent sunny forecasts without fear of April showers gives peace to the idea that it’s possible to have a fun Ford weekend without having to navigate a muddy field. Combine that with new digs at the Los Angeles Angels Stadium in Anaheim and it’s easy to see how the 34th Annual Fabulous Fords Forever show can draw up to 2,000 cars.

For years, the Ford Car Club Council held the event by Knott’s Berry Farm amusement park, but this was the first year the show took place at the stadium. Word on the street says it was a successful move, full of elbow room and easy access from every direction around SoCal. All Ford brands are represented, from the company that Henry founded to Mercury, Edsel, Lincoln, Continental, and the permutations from lands far, far away—witness the British Ford Consul Capri coupe that made a splash.

But the core of the event is Mustangs, now celebrating 55 years as a phenomenon from Dearborn. Considering Mustangs are the barometer for the hobby, whether they’re stock, modified, personalized, tuned, or what-not, the bill of health continues to appear strong. Of course, a show chock full of Mustangs wouldn’t be complete without a supporting cast, as Ford Performance, Shelby American, and tuners like Saleen and Roush were on hand. Even the legendary Linda Vaughan was signing her book (co-authored by your fearless Mustang Monthly editor) for enthusiasts young and old.

Take a gander at the gallery of early Mustangs to see how it’s done on the West Coast.