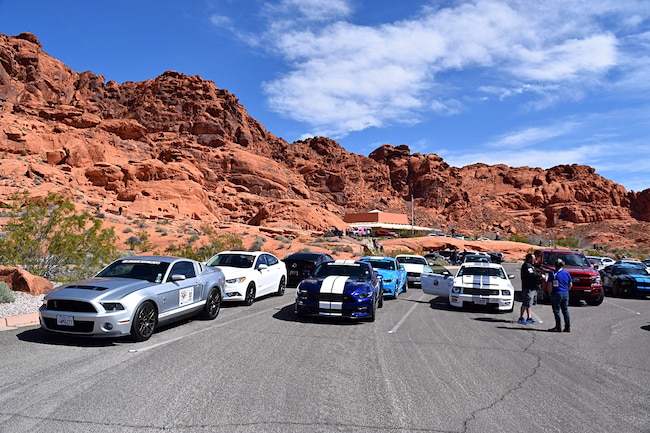 The 2019 Shelby Bash was the 12th in a series that dates back to 2008, that first one doubling as Carroll Shelby’s 85th birthday party—the Birthday Bash that kicked off the whole shebang. Carroll may be gone but his company lives on, and within that company the same “live fast, drive faster” spirit is a template that Tracey Smith, International Director of Team Shelby and Executive VP of Carroll Shelby International, applies for each Bash. Team Shelby, of course, is the official club of Shelby enthusiasts worldwide. They have regional shows all over the country, staged by regional Team Shelby clubs, and then this annual signature event that takes place in the March time frame every year.

The late winter/early spring timing is great weather-wise, considering Las Vegas is the home of this event. Vegas is where Shelby Mustangs and Cobras are assembled, making each Bash a homecoming for Shelby cars that members drive. Members get to interact with the people that build their cars, including Gary Patterson (President) and Vince LaViolette (VP). This year about 400 people joined the fun entering roughly 150 cars, most of them Shelby Mustangs. We did see a ’67 Mustang fastback, a late model Boss 302, and a late model GT or two. Participants can race Friday and Saturday at Spring Mountain Motor Resort and Country Club, located 50 miles outside of Vegas near the town of Pahrump.

Friday morning, we met other members at the Shelby-American production facility and drove Blue Diamond Highway to the racetrack. This was a scenic drive through the Spring Mountains or as the locals call it, “over the hump to Pahrump.” At the track, participants drive in red, yellow, and green groups, according to their skill level. But you don’t even need to bring a car to go around the track. Gary Patterson and Vince LaViolette offered rides in late model Shelby Mustangs, and Rick Titus gave rides in the Original Venice Crew (OVC) continuation series 1965 Shelby Mustang Competition model, aka G.T. 350R.

Friday also offers the choice of a Poker Run & Lunch that is followed in the afternoon by Snakes on the Strip, a cruise down the famous Las Vegas Strip. Casino Night that evening proved very popular. Every participant got $10 in chips to wager on various casino games, including blackjack and craps. Fifty dollars bought $500 worth of chips to gamble more and purchase raffle tickets at $250 (in chips). Of course, the money was not real, but the prizes were. Track activities resumed Saturday or members could go to the Hollywood Vegas Scavenger Hunt.

Jim Owens, Shelby and Mustang Marketing Manager, gave a walk-around and talk on the new 2020 Shelby GT500 set to debut later this year. It was one of four such cars on the planet. Saturday night’s banquet took place in the Shelby-American Heritage Center, which is a space normally taken up by various significant Shelby cars, one of which was the first Cobra, CSX2000, on loan from the Miller family at this time. Sunday was the pancake breakfast starting at 8:00 AM and the car show, which included various panel discussions. They passed out the trophies for winners in the car show from 12:00 to 12:30 PM and the Bash ended. 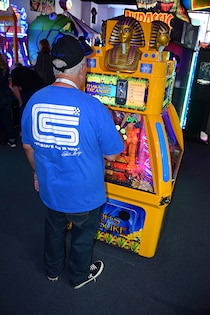 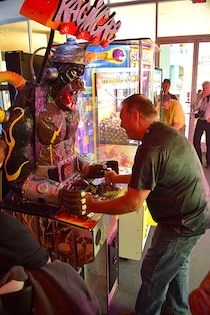