22nd Annual Ponies at the Pike 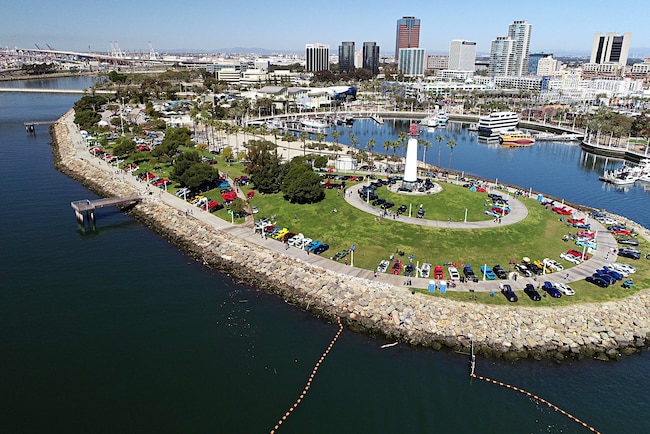 Sunday, March 17, 2019 had the Mustangs returning to Long Beach, California for the 22nd annual Ponies at the Pike Mustang and Ford Car Show hosted by Beach Cities Mustangs and presented by Stang Stuff. It was rescheduled from last Fall when that event was washed out due to rain. The venue? The grass at Shoreline Park in Long Beach, California., home of the Long Beach Grand Prix IndyCar race. This event was free to attend for the public.

Showcased were four generations of Bullitt Mustangs as we continue to celebrate the 50th anniversary of the theatrical release of the movie Bullitt on October 17, 1968. Among the Bullitt Mustangs on display was John Jeffers’ 1967 Bullitt/Shelby tribute that graced the cover of the November 2018 issue of Mustang Monthly. For this show it was perfectly positioned for us to get a shot of this icon in front of another; the Queen Mary, docked in Long Beach Harbor.

Mustangs from all eras were on display (we even saw a Mustang II) but our emphasis was on the classic-era Mustangs from 1965 to 1973. The Mustang Monthly team—Rich Truesdell and Mark Fletcher—had three Mustangs selected as our own Best of Show. First, unmodified, was the 1970 Boss 302 in Medium Lime Metallic, owned by Kelly Kelleher.

Among the modified, classic-era Mustangs, the standout, in our opinion, was Ross Burrill’s red 1967 Mustang fastback. Its fender tag said, “Built Not Bought.” Look for a feature on this stunner in a future issue of Mustang Monthly later in 2019. Ross is part of the Extreme Stangz Club, which won this year’s Club Participation Award.

The Joe Gosinski Memorial Best of Show Award, named for Joe Gosinski, chosen by all show entrants went to Brian Davis for his 1969 pro-street fastback in blue with wild 1970 graphics. This car was also selected as the “Vehicle Most Likely to get a Ticket.”

The Long Beach Award, chosen and presented by Long Beach Councilwoman Stacy Mungo, based on her selection as the coolest car, went to Chris Swinney’s 1967 Fastback in pearl white.

Asked about his favorite Mustang, Ponies at the Pike founder and chairman Jon Schultz said "I removed the 'President's Pick' award a long time ago. Who want's that heat?" he laughed. "But driving around this show in the golf cart with my 11-year-old son JT, we came across this purple car owned by Bridgette Gurley, a 2013 Mustang GT, that was just stunning. It takes a lot to make me look twice after 25 years of shows, but this unique and understated Mustang really stood out."

Please enjoy our curated gallery of images taken at this year’s Ponies at the Pike Mustang and Ford Car Show. The 2019 Fall Show will be held on September 15, 2019, so mark your calendars and enjoy our 30-plus images curated from this year’s rain-delayed Spring show. 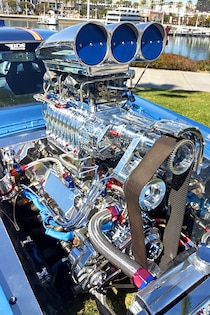