2019 OPTIMA Searches for the Ultimate Street Car In Las Vegas

Street Cars Back to Battle in Vegas 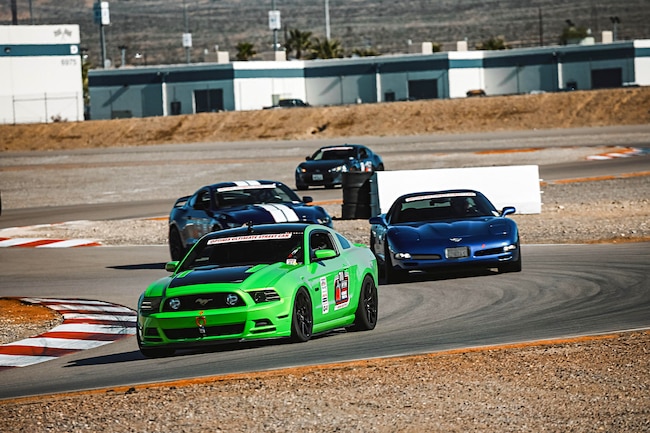 It’s hard to believe that OPTIMA’s Search for the Ultimate Street Car, presented by Advance Auto Parts, is heading into its sixth full season of competition. In the initial season the series really crisscrossed the country, hitting tracks from Portland, Oregon, to Sebring, Florida. In the subsequent years the series settled into a comfortable cadence, visiting seven tracks around the country to hand out invitations to the SEMA Show and to the OPTIMA Ultimate Street Car Invitational (OUSCI) in Las Vegas. While the schedule for 2019 has several familiar stops at tracks like LVMS, Road America, Pike’s Peak, and NCM Motorsports Park, the schedule also returns to Daytona International Speedway, where they haven’t run since the first season. Just as the schedule has found its groove, the rules package and classes have hit their stride as well.

Entries in six classes compete for regular season championships and invitations to the OUSCI, and the most significant rule change for the 2019 season was more time being allowed for vehicle presentation in the Lingenfelter Design & Engineering portion of the competition. Competitors now have four minutes to present their vehicles to judges, which is still not enough time for a few of the vehicles that compete and way too much time for others.

As the series has gained popularity over the years, quite a bit of chatter started circulating about some of the limitations this series did present on entries. In an effort to keep vehicles looking like legitimate, street-driven cars and trucks, some aero rules were added a few years ago. Also, the series has always prohibited “professional” race car drivers from competing. The series defines professional as basically anyone who has ever made a living as a race car driver, as opposed to people who occasionally or even regularly race in a pro series but always return to a regular job Monday morning.

The Lingenfelter Design & Engineering Challenge had also proved to be an area of competition where a few folks always seemed to struggle, in part because it is so unique to have that segment in a motorsports event. However, because all the OUSCI invitations include an entry into the SEMA Show, making sure these vehicles are well built and street capable is of paramount importance and will always be an element that separates this series from any other.

The question often came up as to whether it would be possible to have a class that had more generous aero rules, allowed professional drivers, and looked at an outcome strictly based on the timed segments. For 2019, the series opted to add an Outlaw Class, which allows just that. What we can tell you so far is that most of the entries are Corvettes, most have larger wings, and if any big-name professional drivers are planning on running, they signed up under aliases. The Outlaw Class has its own points system and championship that operates independently from the other classes, and Outlaw cars are not eligible to win the OUSCI.

In their first outing at Las Vegas Motor Speedway, the top Outlaw cars proved to be slightly quicker on the Falken Tire Road Course Time Trial, but the fast times of the weekend on the PowerStop Speed Stop Challenge and QA1 Autocross belong to vehicles in other classes.

The OPTIMA Batteries GT Class once again held the largest number of entries. Paul Molina’s 2017 GT350R led the way for the Blue Oval contingent, capturing the top spot in the QA1 Autocross. Molina also posted top-five finishes in all the other segments, but was edged out for the class win by Wes Drelleshak’s 2018 Camaro.

In spite of coming up short in Vegas, 2019 could be the year Ford finally captures the GT Class crown. The defending class champion, Eric Sheely, ran a Corvette in a different class at LVMS and may choose not to defend his title. However, runner-up Johnathan Blevins will be back later this season in his GT500, and he is now joined by Kong Chang’s 2017 GT350R, which could prove to be a contender as the season rolls on. Heavy hitters Cliff Elliott, John Laughlin, and the Schoch brothers are also signed up and could make it a very long season for the guys in Bowties.

Some other interesting entries that we look forward to seeing at upcoming events include Ken Kelley’s 1986 Mustang in the Outlaw Class, the return of Henry Crawn’s 6.0-powered F-100, and Aaron Sockwell’s 1986 SVO Mustang, which found a gray area in the rules. The combination of the Fox-body Mustang’s shorter wheelbase and an EcoBoost swap will allow Sockwell’s Pony car to compete in the GTC Class, which is typically filled with sport compacts like Civics, Miatas, and S2000s.

While most of these events have sold out for competitors, spots on the waiting list often open up as the events draw near and cars aren’t put together in time. So if you have an interest in competing in your street car, give it a look. Spectators are also welcome to attend and see the action unfold in person at any of these events. Daytona is an amazing facility just to visit, whether cars are running or not. It’s a unique opportunity to see actual street cars in competition on the high banks and is well worth the trip. Get all the information you need on the series at DriveOptima.com.

TCI Total Cost Involved Engineering offers a first-timer award at each event, for the top-performing rookie. The season-opener had the largest batch of rookies (14) since the first season. Chase Cochrun didn’t win that award, but he did post an impressive top 10 finish in class, coming in ninth.
Doug Liechty was another series rookie, bringing out his 2018 Steeda Q850. He jumped right into the Lingenfelter Design & Engineering Challenge, giving the judges a complete rundown on his car, while the four-minute clock ticked down in the background.
If John McKissack’s 1966 Fairlane 500 looks like it’s running on steamroller-sized tires, it’s not far from it. He added flares over the off-season to help accommodate larger 315-series tires on all four corners. He was also the top blue oval competitor in the Classic Car Liquidators GTV Class, edging out Alan Miller’s Chevelle by a single point for eighth place.
Kong Chang is no stranger to this series, but this is the first time we’ve seen him enter a domestic car at an event (he also brought along his 1,200hp daily driver Porsche). His travel partner in the series, Jonathan Blevins, fields a GT500. It looks like the two may be teaming up even more in 2019 in an effort to take down the Camaros from the Sheely Collection in the OPTIMA GT Class points championship.
Quite a few families compete together in this series, including the Burris family from Fountain Valley, California. Kurt Burris campaigns this 2015 Mustang GT. His son Cheyne fields a Camaro. Cheyne’s grandfather Mike tags along to provide support in the pits for both.
Mike Lofstrom was another newcomer to the series. He came out in this gorgeous 1970 Mustang in the Classic Car Liquidators GTV Class and managed a top 10 finish.
Nasario Birrueta made it to the OUSCI last year in his Bullitt Mustang by winning the Spectre Performance Sprit of the Event award. Fast-forward to 2019 and the Bullitt is now gone, replaced with this Boss 302. While Birrueta admits he immediately regretted selling the Bullitt, the Boss is already proving to be a more competitive car for him on the track.
Paul Molina has a reputation for being one of the best autocrossers in the series, regardless of class. He led the way for the OPTIMA GT Class at Las Vegas, falling just short of an overall class win.
We’re going to see a lot of Saroja Day’s 2010 Mustang GT, as she is tentatively set to run the full schedule. She is also one of several competitors in the series who established a strong relationship with a sponsor, Pfitzner Performance Gearbox. The company is showcasing its sequential gearbox in her car.
History has proven it takes three solid performances to earn an invitation to the SEMA Show and OUSCI on points, so when we see folks signed up for three events, we know their endgame is making it the big show in Las Vegas. Zach Bohn’s 2007 Mustang signed up for all three, so we expect to see him again soon. As a West Coast–based competitor, the three closest venues for Bohn are Vegas, Auto Club Speedway in Fontana, California, and Pike’s Peak.