MCACN is Just Around the Corner! 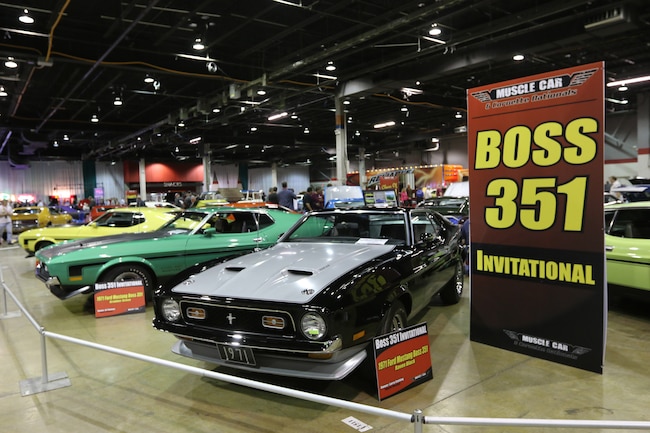 Readers here can ignore the “Corvette” part in the name of this show, but the Muscle Car And Corvette Nationals (MCACN for short) is one of our favorite events of the year. We always discover a hidden gem, a super rare one-of-one Mustang, and cars that you never even knew existed, and for the last few years they have had special Mustang displays. One year was a collection of Boss 429 Mustangs in every color available in 1969 and 1970, the next year was a similar collection of Boss 302s, and last year was a big gallery of Boss 351 Mustangs. This years show, which hosts over 550 muscle cars, will include a Mustang & Shelby Pinnacle competition.

Of course, there are primo examples of all the other types of cars (and a few trucks) from Ford Motor Company and its brands, and also a bunch of historic race cars that will transport you back in time. Your author has been stunned each year at what he finds there, standing slack-jawed in wonder several times throughout the show. It’s worth your time to put the indoor MCACN show on your list.

This year’s show takes place November 17 and 18 at the Donald E. Stephens Convention Center in Chicago, and if we haven’t made it clear yet, we highly recommend it. And if you have a friend that isn’t into Fords (but why would you?), there are examples of every brand displayed at the show. One year had about 30 1971 Hemi Challengers and ‘Cudas, as an example. Plus this year’s show, primary sponsor Mecum is hosting a VIP Car For Sale area as well as the standard Car Corral at the rear of the “big” room. This area will accommodate about 20 cars, and that is now half way sold out, meaning they have openings for about ten more cars. At a bargain basement price of just $100 per car, this may be the least expensive way to market your car to plenty of highly qualified buyers. The show’s nature means that there are a lot of high-rollers attending, so you never know! 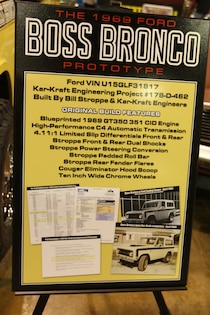 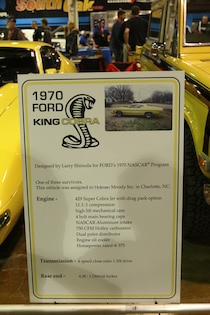