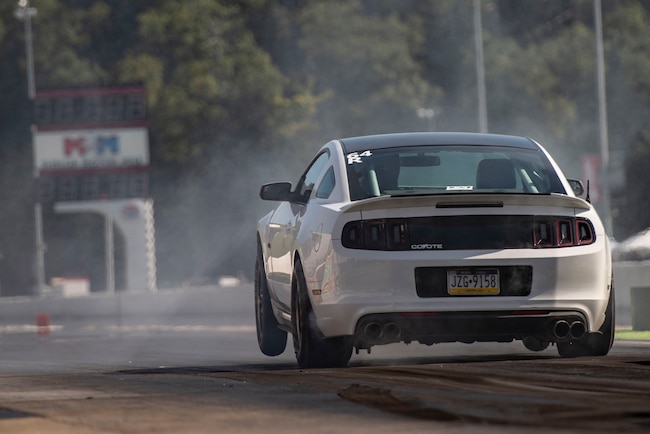 After a scenic drive from Concord, North Carolina through the mountains, Drag Week’s true street cars found themselves in Tennessee as day four of the marathon takes the Drag Week participants to the picturesque Bristol Dragway. Nestled in a valley between to hills, the track provided quite a view from the starting line.

As of day 4, around 60 cars have dropped out, leaving a little over 300 left. The attrition rate is a combination of some casualties at the track, but most were from issues that arose on the drive. The seemingly simple task of building a race car that doubles as a street car is not as easy at it seems.

Our Ford contingency is still holding strong. The Mercury Cougar of Scott Miller is still leading the Street Race Big Block category. Dan Hirsh with his yellow 1965 Mustang in Modified Power Adder ran his best time of the week with an 8.1, bringing his average down. Randall Reed's ‘93 Mustang and Jim Bailey's ‘97 take the top two spots for Street Race Small Block Power Adder.

The day ended with very few casualties. Not firmly ahead of the other race—staying out from of the hurricane—the racers packed up and headed out for another scenic drive back down to Atlanta for the 5th and final day. Stay tuned! 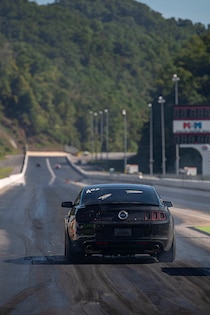 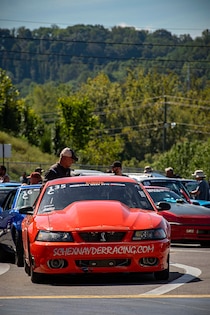 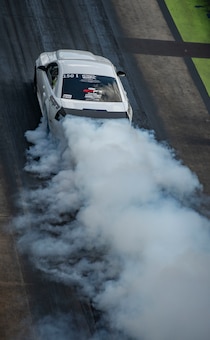 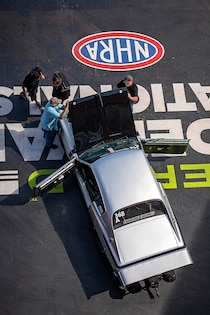 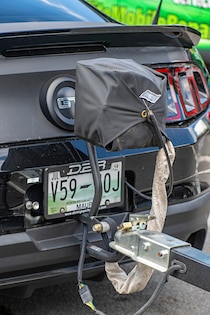 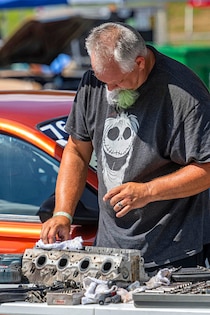 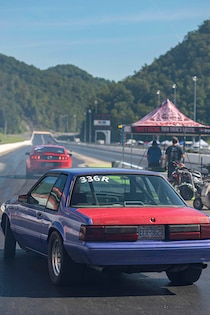 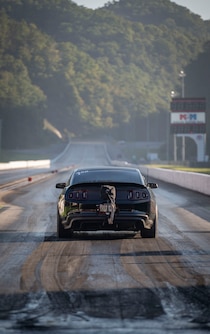 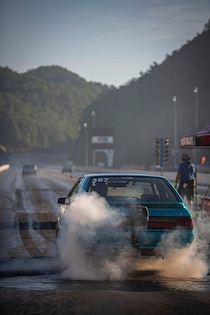