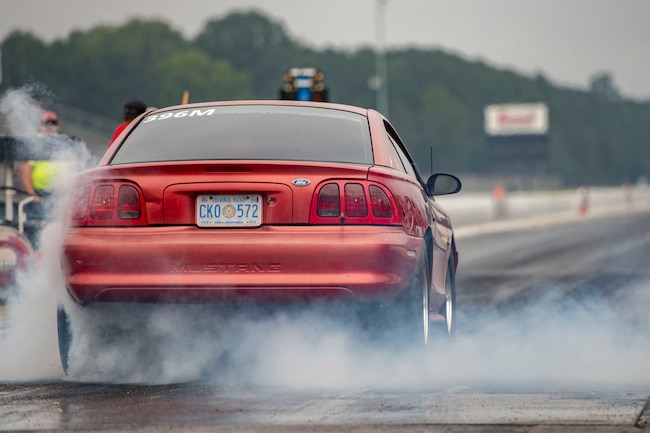 The most grueling drag racing event kicked off at 8:00 am with a drivers’ meeting and general overview on how the week will run. After the meeting, competitors had 30 minutes to get whatever they needed from their trailers until the they were locked down and racing was to begin.

The day started off relatively cool, by Atlanta standards, albeit foggy. The overcast lifted around noon and everyone was greeted to a rise in temperatures. The class cars ran for two hours, which was followed by Street Machine Eliminator, which has a bunch of Mustangs in it However, this was then the weather took a turn for the worse and the heavens unloaded on the track. The rain started to flood parts of the track, and unfortunately would end racing for the day. This theme would continue for the drive to Darlington, South Carolina.

Here's to hoping for better weather for Day 2. With a hurricane on the way, as well, it is anyone's guess as to how the rest of the week will unfold! Stay tuned! 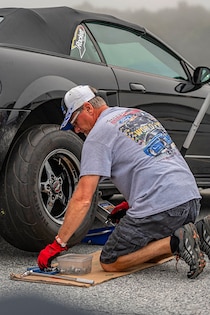 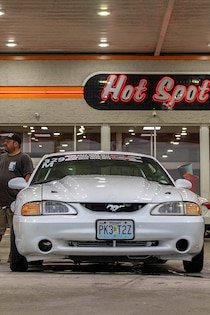