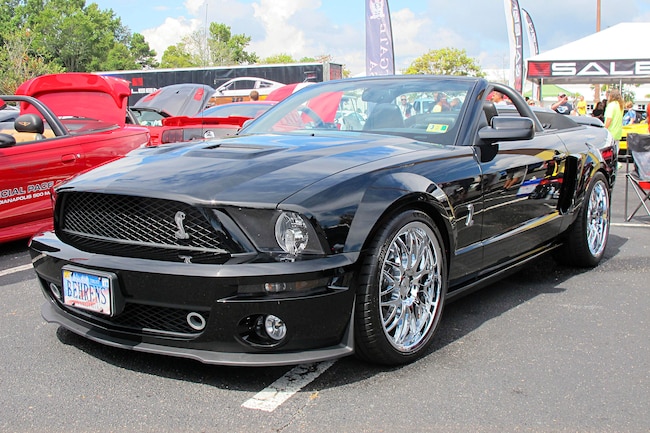 When the 2005 Mustang hit showroom floors it became an immediate hit for Ford. The retro-themed styling, which both GM and Mopar followed with several years later, resonated with both longtime Mustang fans and new enthusiasts alike. The S197 chassis offered a vast improvement over the outgoing New Edge by utilizing a three-link rear with Panhard bar and revised rear spring location, while up front the Mustang finally got a true MacPherson strut with reverse “L” lower control arms. Besides the retro exterior styling that included three-element taillights, a pronounced body side style line and a Shelby-like rear quarter window, the interior also benefitted from a retro styling touch as well with a heavy 1967-1968 Mustang dash influence.