We visit the popular Bellevue Washington 4-day Mustang extravaganza for the first time in years. 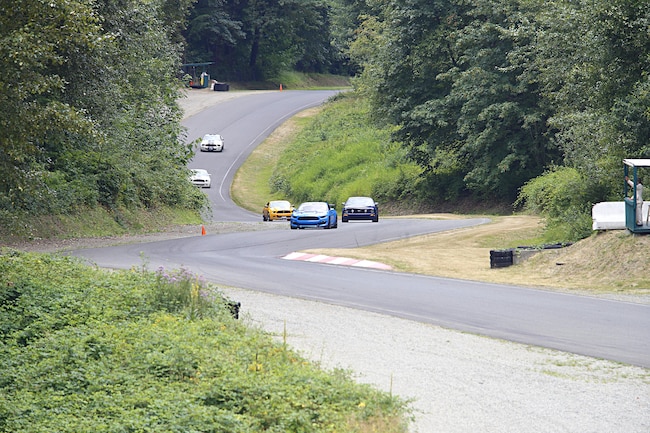 We’ve been doing Mustang shows for literally decades now, but consistently among the best is the annual Mustang Roundup held each July in the suburbs of Seattle, Washington. Technically in the city of Bellevue, the Roundup is the signature event of Mustangs Northwest, a local club affiliated with the Mustang Club of America. Interestingly, the 2018 event was the 38th annual, and the only MCA judged show on the west coast this year.

Compared to our last visit perhaps ten years ago, we found the Roundup to be little changed—and that’s a good thing. Billed as the largest annual gathering of Mustangs anywhere, we have no reason to doubt the claim. The four day Mustang lovefest begins with a track day on Thursday at Pacific Raceways in Kent, Washington. As an aside, the Kent track was a stop on the Trans Am circuit back in the late 1960s, so there’s plenty of history there for Mustang fans. In fact at the 1970 Kent race, Parnelli Jones notched yet another victory in his Bud Moore Boss 302 on the way to the season championship.

The first day of the Mustang Roundup has historically been an open track day at Pacific Raceways in Kent. Same held true this year, with the all-day gray skies keeping cars and drivers comfortably cool.
Among our favorite cars of the day was John McClintock’s Trans Am inspired ’67 coupe. It looked good, sounded good, and performed good. What else could you ask for? This is a serious machine what with a Dart based 347, Victor Jr. heads, NASCAR 4-speed, and late-sixties Lincoln based 4-wheel discs.

Friday is a less boisterous day two of the Roundup, with a leisurely Pony Trails drive through the backroads of Western Washington. Day three is the MCA judged show at Bellevue College, followed by an evening parking lot party at the nearby host hotel complete with a live band. However it’s day four at Roundup that’s always been the main attraction. Known as the People’s Choice show, it includes the judged show competitors from Saturday, plus hundreds of Mustangs from around the Northwest who often make this the one day of the show they prioritize. This year included full displays from Shelby American and Saleen, plus a display from the Northwest Ford Dealers which included a preproduction 2019 Bullitt. Sunday’s show also marked a joint effort with the Puget Sound chapter of the Early Ford V8 club, in a successful attempt to bring in more vintage Fords of the non-Mustang persuasion. It was great to see the smattering of Cyclones, Galaxies, pickups, and other great FoMoCo products which showed up as part of this team effort.

Admittedly, the trend we see nationwide of fewer vintage car participants, was noticeable at all Roundup events this year. In their place was a sea of modern Mustangs, and while we wonder where all the vintage cars have gone, the enthusiasm for the later cars is heartening. That crowd tends to be younger, and is certainly enthusiastic about what Ford is currently churning out of Dearborn. And with good reason. There’s absolutely no doubt that the current crop of Mustangs are the most reliable, most comfortable, and most competent ever. Yet we appeal to those with the vintage cars to recommit to bringing them to your local show for show and tell. Make no mistake, people still want to see the vintage iron!

And so the Mustang Roundup continues unabated, due in large part to an army of volunteer Mustangs Northwest club members. We thank this group for their commitment to the cause!

Mitch Fotes brought out his Grabber Blue ’17 GT350R, and was tearing it up at every opportunity. As an aside, the car recently made an appearance in the Forza Racing Championship.
Current 5.0 GTs and GT350s were clearly the favored platform of the track group this year. Here you can see a ’17 GT350 trailing a ’17 GT in the same color. It’s a great perspective to evaluate the appearance of two cars so similar, and yet so dissimilar. The Shelby just looks plain mean!

View the rest of the gallery here! 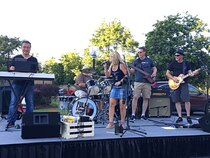 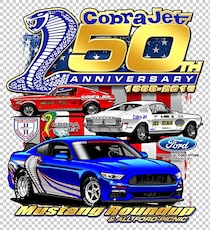