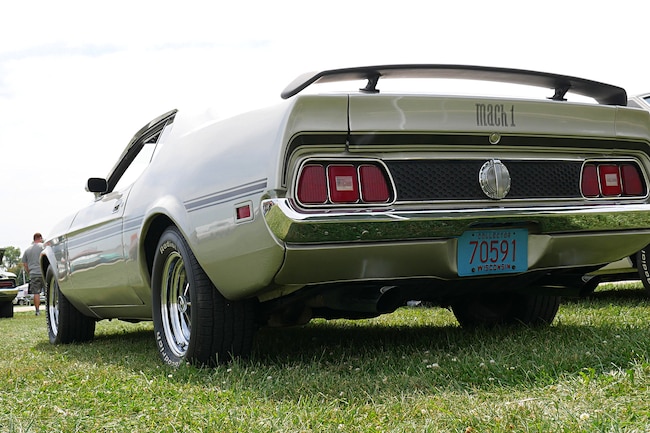 Driving directions gone wrong was what started the Summer Elkhorn Swap Meet and Car Show. It was a wrong turn off the highway that led show founder Gary Esse to drive by the Walworth County Fairground in Elkhorn, Wisconsin.

“What happened was I took the wrong road one day. I turned on the road that ends up by the fairgrounds. I stopped and thought this fairgrounds would be great location for an additional car show and swap meet. I went in the office and I signed the contract and Elkhorn was born,” Summer Elkhorn Car Show Founder, Esse said.

As luck would have it, 33 years later the Summer Elkhorn Car Show and Swap Meet is now known as a Midwest hub for all things car culture. The Summer Elkhorn Swap Meet and Car Show is a two-day event every August that offers spectators large swap space, show cars on display, and the famed car corral.

Esse says the secret to his program’s success is not limiting your options and keeping an open mind for show expansion. “If you are looking for a certain car part, you are guaranteed to find it here at this show.“ There are so many cars in this area. We are about 30 miles from Milwaukee and close to Racine and Kenosha. This Elkhorn venue is in the middle of the state.”

The central hub for The Summer Elkhorn Swap Meet and Car Shows’ Car Corral was filled with vintage Ford Mustangs for sale by owners. Mustang Owner Brance Lake is selling his Poppy Red 1965 convertible with the original factory sheetmetal. His Mustang started out as an original 289 four-speed car, but it sure does not look that way now as Lake swapped the 289 for a 5.0L, an entirely new suspension, and Vintage Air air conditioning.

“This Mustang has gotten a lot more zip than your standard 289 engine. When my son and I got off on the highway there was a 1955 Chevy who wanted to race. We somehow inched him out but then we saw a police officer and we decided it was not a good idea to go there,” Lake said.

Just a few rows over from the ‘65 convertible sat Jack Winters and his 1966 Mustang restomod. Winters prides himself on being a Mustang enthusiast and has owned 10 of them over the past 30 years. Now he spends his days doing cosmetic restorations on vintage Mustangs.

The Summer Elkhorn Swap Meet And Car Show attendance this year was a healthy 9,000 people and pulled in over 400 swap meet vendors to the Elkhorn venue. The next event put on Gary Esse and his company, Madison Classics, will be the Fall Jefferson Swap Meet and Car Show in September 2018.