For 23 years, Woodward Avenue in Detroit, Michigan has brought real cruising to a legendary strip of American asphalt 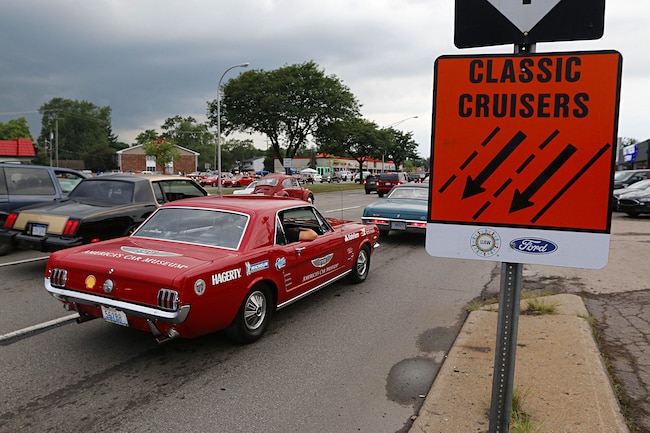 Back and forth, up and down the same street, repeatedly, all night long. That’s what cruising is all about to most people, but sadly many localities have all but outlawed traditional cruising due to street racing, violence, and traffic control reasons, relegating “cruising” to static displays in a parking lot somewhere. But not in Detroit in August.

Woodward Avenue cuts through the center of Detroit, Michigan and back in the day was the hub of cruising and, yes, street racing in the Motor City. The scene dried up in the 1980s or so due to all of the above reasons, but a few inspired individuals came up with an idea to resurrect cruising Woodward in the mid-‘90s and now, 23 years later we have the Woodward Dream Cruise, the largest single-day automotive event in the world. The Dream Cruise is pure insanity, but in a good way.

Woodward Avenue from 9 Mile Rd in Ferndale all the way up to 17 Mile in Pontiac are closed to commercial traffic, trailers, and big rigs in order to allow thousands of hot rods, musclecars, bikes, trucks, scooters….name a wheeled vehicle and it was cruising Woodward Avenue on August 18, 2018. The southernmost point at 9 Mile Road is also the site of Mustang Alley—you can see coverage of that elsewhere on this site—and the cruise route goes eight miles north to Pontiac, site of the previous Saturday’s Roadkill Nights event. Those eight miles are essentially one huge traffic jam all day Saturday, but it’s a traffic jam that nobody minds. Yes, there are some soccer mom minivans and SUVs mixed in, but that’s okay. Right in front of or behind them are nothing but hot rods and musclecars—and a ton of Mustangs.

So check out the gallery here for some of the better Mustangs we saw. It rained on us a little bit in the afternoon but just for a half hour or so, and it didn’t dampen enthusiasm or participation one bit. If you’ve never been to the Woodward Dream Cruise, put it on your bucket list to attend at least once. It’s well worth it. 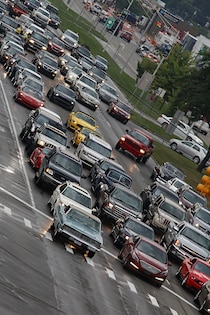 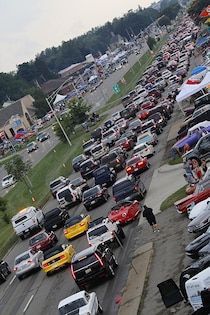 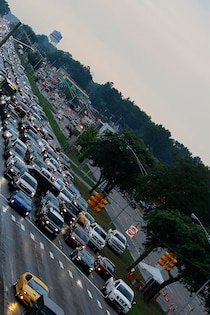