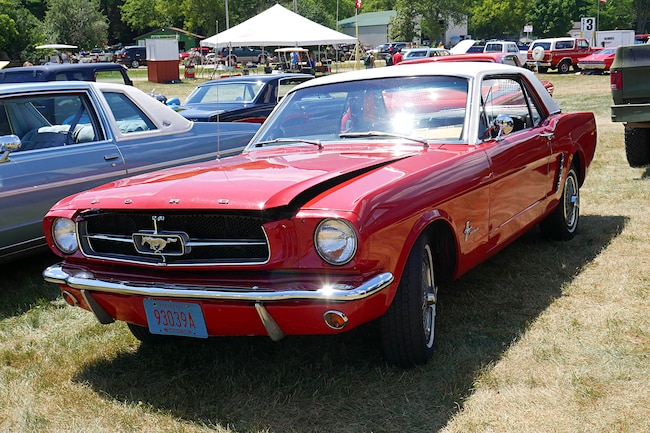 It’s hard to imagine that one of the largest car shows in the Midwest could take place in Iola, Wisconsin. Iola sits 60 miles west of Green Bay and has a population of 1,300 people. Annually the show draws large attendances with thousands of show cars on display.

This year the show served up a slice of Hollywood with the theme of Movie and Television Cars. Replicas of Steve McQueen’s Bullitt Mustang, The Jurassic Park Jeeps, and Back to the Future Delorean proudly lined the aisles of vehicles, while a special display was set-up for Stephen King’s Christine Movie Car—guests were able to get a photo with the original car from the movie. You can’t have a Hollywood theme without a few celebrities. Show celebrities at the Iola Car Show included: Henry Winkler “The Fonz” from Happy Days; Cristy Lee, Rachel De Barros, and Bogi, the cast of Velocity’s All Girls Garage; and Butch Patrick from The Munsters.

Hollywood aside, for car guys like David Radtke this show is another excuse to get his high school 1967 fastback on the road. The restoration on Radtke’s Mustang took five years to complete. Radtke’s very proud of the body work he was able to do on the car since he’s owned the car for over 30 years. “I might take this car to my high school reunion, if I ever have one,” Radtke told us.

The Iola Car Show enters into it’s 46th year and offers an opportunity for spectators to view cars on display and explore a swap meet. The show comes from humble beginnings. “The Iola Car Show started in 1972 on the lakefront as a chicken fry. They said if you bring a show car to this Chicken Fry you were able to get a free Chicken Dinner,” Iola Car Show Executive Director, Joan Schultz said.

The Iola Car Show is a non-profit and over the past 10 years has donated $2.5 million to 130 charities, making it far more than just a car show—it also has a vast swap meet, camping, and manufacturer displays. The show also offers a Car Corral for spectators to take home a piece of Iola with them.

So overall that chicken dinner back in 1972 must have been good because the Iola Car Show now ranks as one of the largest shows in the Midwest. As the show continues to expand it has made two things certain: there will always be chicken dinners and cool classics at Iola.