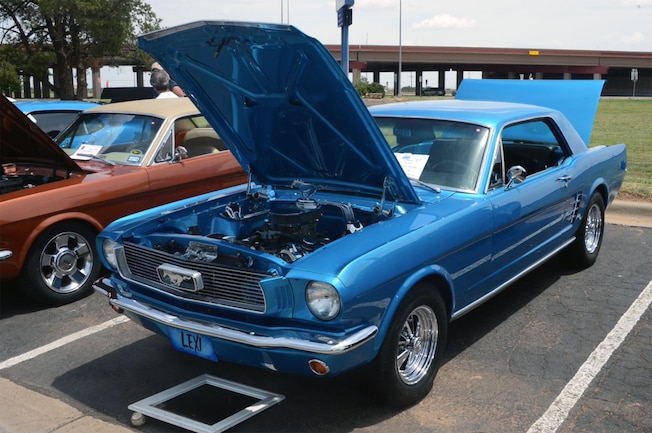 Every year now, for 36 years, the Lubbock Mustang Club, the third oldest active Mustang club in the nation, has hosted their annual Round-Up car show. One of the reasons this show is so popular—147 cars registered for 2018—is the club’s liberal invitation policy toward other brands for a single-day event that was held this year on Saturday, June 10th. President Jeff Krueger told us, “We invited everybody. It’s not nice to be stingy and not let the Chrysler boys come and play with us.”

Krueger also has an idea this event could be the longest running Mustang show in the state. He might be right—36 years stretches back to 1982.

The club might be in Lubbock, Texas, but members are scattered in a bunch of the surrounding small towns, including Plainview, Levelland (where club member “Bandido Mike” lives), Idalou, Slaton, Shallowater, Hereford, and many more.

A mainstay at this show is a friend of the club and internationally known lady, Peggy Sue Gerron, the queen of West Texas 1950’s rock ‘n roll, once married to the drummer in the Crickets and Buddy Holly. She was there signing autographs. Cars and rock ‘n roll inextricably go together.