2018 Ponies in the Smokies Indoor Gallery 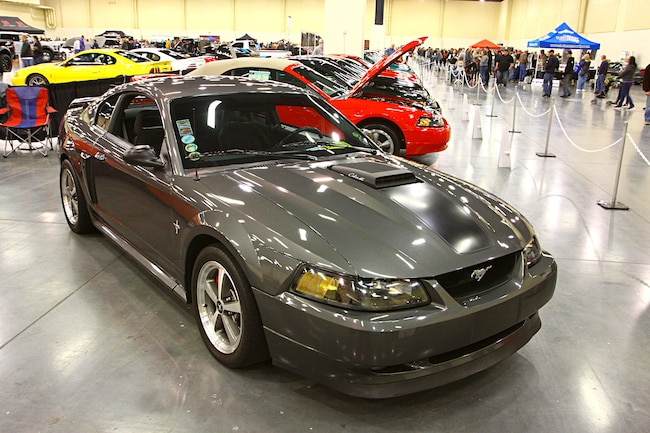 Last year was the inaugural Ponies in the Smokies (PITS) show held in Sevierville, Tennessee. The show was met with excitement that continued to surround the show until this year’s version, which is taking place as we type this. Wednesday and Thursday comprised of various driving events to popular local attractions like The Tail of the Dragon (Deal’s Gap). Today and tomorrow is the PITS car show, held at the Sevierville Convention Center in Sevierville, Tennessee.

Here is a gallery of the indoor section, which comprises 55 years of Mustangs, Shelbys, SVT models, and everything in between. This display doesn’t even include all the Mustangs in the outside show field, but we will have those for you shortly.