There were plenty of Fords at the Muscle Car and Corvette Nationals that we not Mustangs. Here are some of the better ones 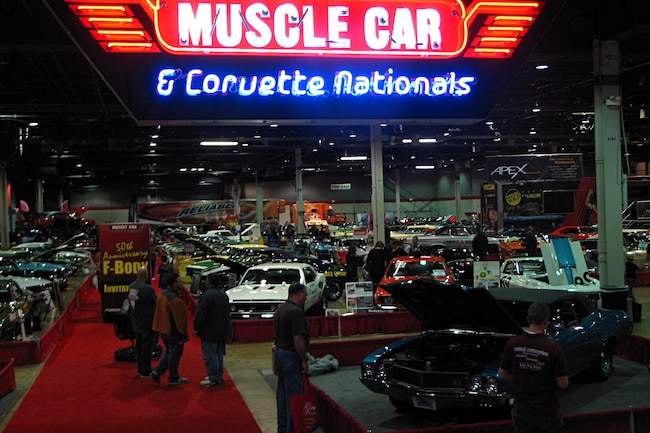 Elsewhere on this site are stories on the 2017 Muscle Car and Corvette Nationals (MCACN) outlining the Ford Drag Team Invitational and all the killer Mustangs that were at this amazing indoor show. Here, we’ve compiled a gang of photos of the Fords that made an impressions that were not Mustangs.

As part of the Kar-Kraft Invitational the only surviving example of the nearly unknown 1970 Mercury Cyclone Spoiler II designed by Larry Shinoda for Ford’s 1970 NASCAR program (to compete with Chrysler’s “winged” Daytona and Superbird) sitting right next to one of three surviving ’70 Ford King Cobras, also designed by Shinoda for the same purpose. And of course next to the King Cobra was the Boss Bronco built by Kar-Kraft, Dyno Don’s Boss 429 Cougar drag car, and a host of other interesting and exceedingly rare Fords.

Even if you’re only interested in Mustangs, educate yourself on what other Blue Oval beasts are out there by checking out the photos presented here. 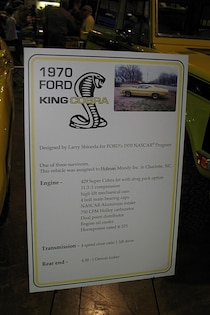 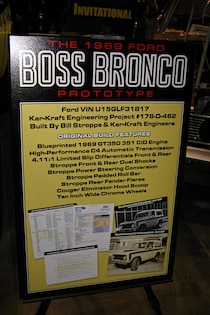 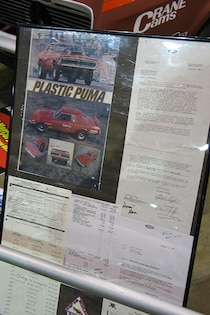