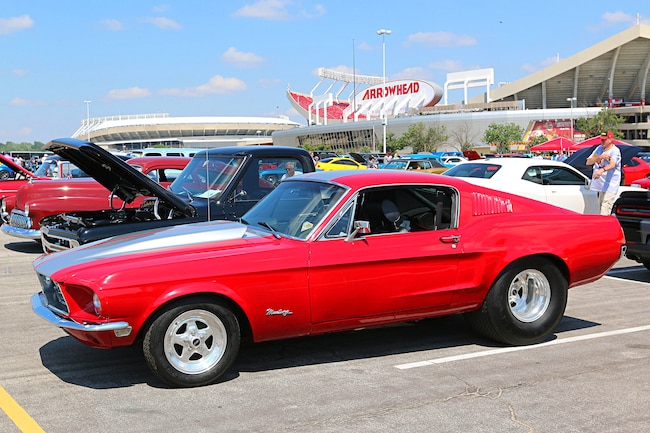 It started 22 years ago, in 1995. The Hot Rod Magazine editorial staff thought it would be neat idea to drive the magazine’s project cars cross country from Los Angeles, CA to Norwalk, OH and invited a handful of friends with cool hot rods and former feature cars to join them. The name Power Tour was created and that first year there were more magazine staffers’ cars than there were other hot rods and street rods that went the entire distance. But along the way they picked up hundreds of cars joining in, those numbers increasing to a few thousand at points along the way, and it became obvious that the idea had legs.

From those humble beginnings with only a few “sponsors” (advertisers with cars that brought along their trailers full of parts), the Power Tour has exploded into a worldwide phenomenon that attracts roughly 3,000 cars at each stop along the way, with 3- and 4-lane vendor midways, a central stage, autocross courses, giveaways, and so much more. From a handful of gearheads driving cross country to now participants coming from Europe, South Africa, Canada, and several other far-flung lands, the Power Tour has become a phenomenon that people schedule their annual vacations around.

Mustang Monthly joined the party again this year to capture all the action that Mustang Monthly and Mustang-360.com readers really care about: all things Ford, especially Mustang.

The 2017 route goes from Kansas City, MO to Bowling Green, KY with stops in Newton, IA, Davenport, IA, Champaign, IL, Madison, IL, Indianapolis, IN along the way. The venues are necessarily enormous to handle the amount of cars, and include Arrowhead Stadium, Iowa Speedway, Gateway Motorsports Park, Lucas Oil Raceway (home of the NHRA U.S. Nationals), and both airports and fairgrounds that have enough space to swallow all those cars.

Saturday June 10 was Day One at Arrowhead Stadium in Kansas City, where participants registered and met the Power Tour families they see every year and met new friends with a common interest—hot rods. Saturday is a non-driving day, meaning after registration (which runs all day), the venue turns into an enormous car show and cruise. While registration and the show was going on, we wandered about with our cameras to bring you this gallery and video from Day One.

Stay tuned here as we’ll be bringing you updates the rest of the week, culminating in the finale on June 16 in Bowling Green, Kentucky. Many of the Mustangs that we’re traveling with will be at every venue, as part of the Long Haul Gang (cars that go the whole way, which is a special source of pride for Power Tour newbies and veterans alike), so you may some repetition in the galleries, but there are hundreds of new cars at each individual stop so keep coming back. 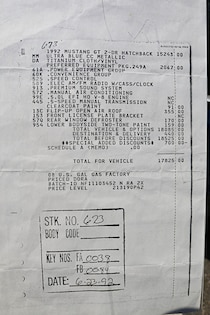 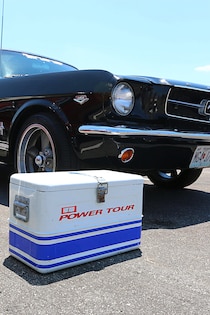 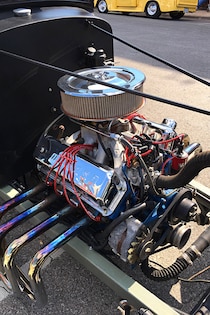