Mustangs of every year, model, and style invade downtown Ferndale, Michigan for this year’s Mustang Alley, as part of the enormous Woodward Dream Cruise 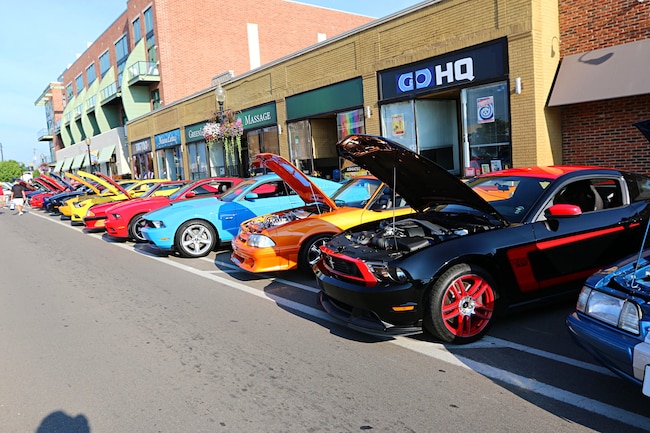 The Woodward Dream Cruise is massive. The organizers, which consist of the individual towns that line Woodward Avenue in the Detroit Metro area, from the cross streets of 9 Mile (Ferndale) up to 17 Mile (Pontiac), claim that the Dream Cruise draws 1.5 million people and 40,000 cars every year. It’s a one-day event, officially taking place on Saturday, but in reality it’s a week-long affair, with locals claiming viewing areas and beginning to cruise Woodward the Tuesday before. That’s because once Saturday arrives, moving around Woodward is pretty tough—it’s basically an eight-mile traffic jam filled with all the best musclecars and street rods you can imagine, as well as some whacky rides built just to draw attention from the tens of thousands of people watching it all happen from the comfort of their lawn chairs.

I don’t doubt for a second those claimed numbers. I have known about Woodward Avenue for years due to its notorious reputation of illegal street racing back in the 1960s (including the OE manufacturers “testing” their hot new musclecars on the street, at night), and I have heard about the Dream Cruise, but had never attended—until this year.

It totally lives up the hype.

Mixed in among the hot rods and musclecars are the usual soccer mom minivans and other pedestrian obstacles, but thankfully the bulk of the cruisers are in primo machinery. All three OEs have displays: Chevrolet and Dodge both have their spots along the avenue, up near 13 Mile Road, while Ford’s big attraction is Mustang Alley, which consumes 9 Mile Road in the town of Ferndale, on the south end of the Dream Cruise. That’s where we were at 7:00 am on Saturday morning, photographing all of the Mustangs as they “loaded in” to Mustang Alley. The pre-registration came in around 700 cars but it seemed like there were more than that. Cost of entry for a car was only $20, but it all went to the Juvenile Diabetes Research Foundation (JDRF), while spectators were allowed in free of charge.

Check out the gallery of Mustangs that were in the Alley this year. We may have missed a few of the late arrivals, but 99 percent of the cars attending are in this gallery. 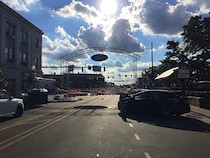 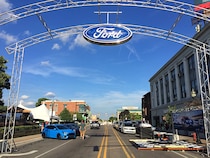 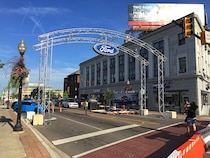 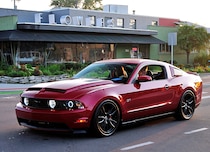