Pasco, Washington to Portland, Oregon for the last day of the 2016 Rally North America event 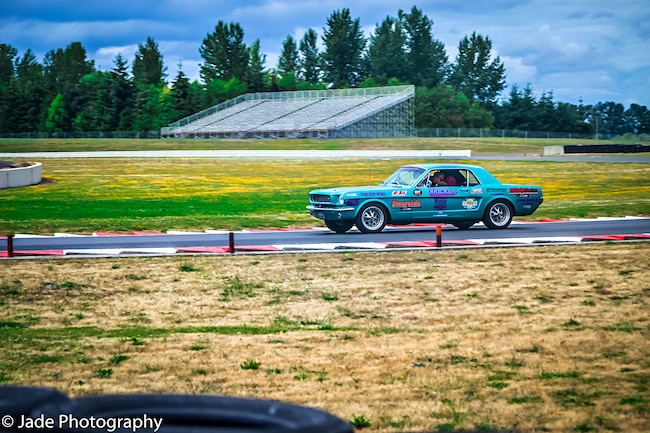 Ten days ago, Amie Williams and I, aka Team Mustang Girls, hit the road for Billings, Montana for the start of Rally North America, a rally for charity, this year benefiting Camp Sunshine. Driving Project Road Warrior, our 1965 Mustang coupe, as part of a group of 77 cars we traveled across the country and found ourselves on the final day in Portland, Oregon wondering where the week had gone. The roads were breathtaking and spectacular as we took the route less traveled visiting places like Big Sky, Montana, Yellowstone, and Glacier National Park.

On the final day we woke up in Pasco, WA and headed to the Historic District of Kennewick for the final start line of the rally. The gracious town had shut down its center square and the mayor even joined in for some drifting fun. And just like that we were off and headed to Portland, Oregon for some fun at Portland International Raceway, ending this chapter of Rally North America 2016.

When we arrived at the Raceway, I was full of jitters. While I don't bat an eye at driving thousands of miles across the country, racing has never really been my thing. I imagine myself going out Thelma and Louise-style, not on a track doing circles. I don't know if I would feel different about it in another car but my Mustang is my one and only. Not only that, it is my rally car which is part of my livelihood. If something happens to it my only option is to ride a bike—the kind you pedal. And with over 2,900 miles from Portland to my home in Charleston, SC would be one hell of a ride!

We were given the option of parade laps, or hot laps if we had a helmet. Amie and I hoped in the car sans helmets (we didn’t bring any) and lined up for our turn. And we survived!


Later we enjoyed the view from the stands as all the new Mustangs roared by during the hot lap session.

After the final lap we headed back to the hotel for the part I always dread, the end of the rally. The week had flown by and I was not ready to see it all end. The route this year has left some beautiful memories in my mind and places I will definitely be visiting again. Tony Intrieri and Scott Spielman outdid themselves in the planning this year, and Rally North America managed to raise over $118,000 for Camp Sunshine, enough to cover an entire session of camp for over 40 families.

Before starting our journey back to the East coast, we stopped at an old rally buddy's place in Portland to fix the overdrive. Who wants to drive 3,000 miles without it? Not me! The jack stands came out and the pan was off in no time. The solenoid took less than five minutes to replace and we were back in business and once again able to cruise at 80 mph without breaking 2,500 rpm. As I write this we are waking up in Kentucky with our final leg of 720 miles before this journey comes to an end. But don't worry, you won’t have any time to miss us. Today the countdown officially begins: 20 days until we hit the road for Alaska!

I must add that that Team Mustang Girls and our rally and road trip adventures could not happen without my devoted sponsors Kicker, Speed Direct, BFGoodrich, FB Performance, Scott Drake, National Parts Depot, Stono Body Works, Classic Speed and Customs, Magnaflow, and of course Ford Performance. They made it possible for us to travel over 7,000 miles through 15 states in the last 10 days, and I can’t thank them enough. 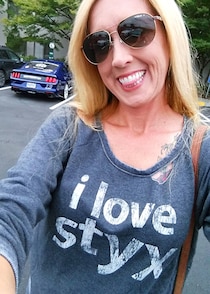