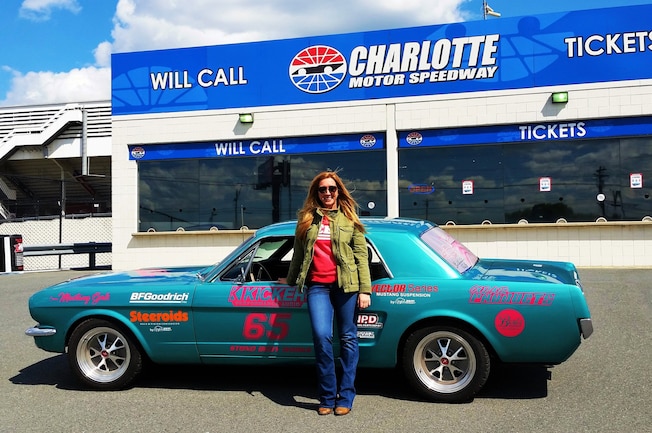 This past weekend I hopped in my Mustang, aka Project Road Warrior, and headed to the Charlotte Auto Fair in North Carolina. I pulled up to the Charlotte Motor Speedway late Friday afternoon and decided to check out the swap meet. Before my 1965 Mustang became a fancy project car, this was where I came to look for parts. I still remember my first time five years ago: I was on the hunt for disc brakes and found a set with Granada spindles that took me safely across the county 13 times.

As I walked around through the aisles of the swap meet it was amazing to see the variety of things people brought to sell, the elusive part you could never find online, every rim and tire combination you could imagine, and works of art made out of old junk that now begged me to buy them. I even managed to run into my friends, the Graveyard Rodderz from Charleston, SC, in high spirits and enjoying their annual meet up. Every year they go to the show and camp out right on the property. It's a weekend full of deals, dangerous wagon races, and beer. Do you really need anything else?

The next day I was up bright and early and headed to meet up with the Retarded Sparks at Classic Speed and Custom in Charlotte, NC. We cruised to the show together as the sun was rising on a very brisk day. Looking out the window from inside a warm house, the day looked like it was gorgeous, but that was deceiving—it was cold, fifty degrees and with 30-40 mph winds! But we’re car people, right? That's what I kept telling myself as I made my way through the tunnel and into Charlotte Motor Speedway.

Inside, the show was packed with every kind of car you could imagine, arranged in a fairly random way—perfect for my 2 year-old-like attention span—Squirrel! Mixed in with the normal vendors were classics for sale, some fully restored and others that were still in rough shape. My favorite find of the day was a 1965 Mustang that rolled by with a sold sticker on the window. It looked like the (originally) white car had been pulled out of a giant vat of slime, but it was awesome to see that someone still saw the beauty in the car enough to buy it and take it home.

The next day we headed back to the show and were greeted by sunny skies and no wind. It was only 55 degrees but it felt like heaven after the day before, and the main plan for the day was to get Project Road Warrior onto the oval track. The car club parking was outside the track, but Sundays are typically much more relaxed at car shows, so I just acted like I belonged there and parked on Turn 1. The day went by quick as I tried to see everything I may have missed from the day before, and I also had the pleasure of giving Tom Cyr, the owner of Performance Automatic, a ride in the car so he could feel his company’s 4R70W transmission perform with the Ford Racing 347 circle track crate motor. And he survived!

As the show wrapped up and I returned to our prime parking spot, I saw a young Mustang enthusiast admiring my car. He was so excited when I showed him the engine, when I asked him if he wanted to sit in it I thought his head might explode. His Dad kept thanking me for letting him do it, but that smile was all I needed! 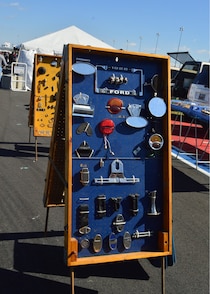 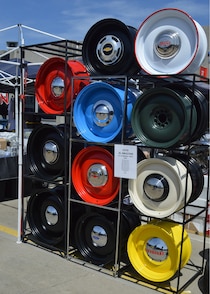